Bani-Sadr’s commentary focused mostly on historical inaccuracies in “Argo,” which depicted how six U.S. Embassy staffers made their escape when the embassy in Tehran was overrun by Iranian militants on Nov. 4, 1979, in protest of the U.S. government admitting the deposed and widely despised Shah of Iran for medical treatment. 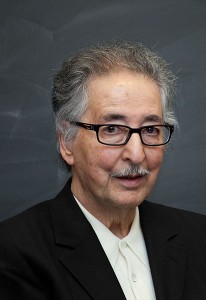 In the commentary published by the Christian Science Monitor on March 5, Bani-Sadr, now 79 and living outside Paris, said the movie ignored the fact that most government officials favored freeing all the American personnel quickly. He criticized “Argo” for portraying Iranian officials of that time as radical and irrational.

The ex-president noted that “Argo” did quote him accurately as saying he expected the Americans to be freed within a few days revealing that he based that comment on a conversation he had had with Ayatollah Ruhollah Khomeini but Bani-Sadr criticized the movie for leaving “the impression that the Iranian government supported the occupation of the embassy and that I was a lone voice in opposing it. This could not be further from the truth.”

Bani-Sadr said he and all other major candidates for the Iranian presidency supported releasing the hostages. He noted that after taking that position, he won the election with 76 percent of the vote. He added:

“Overall, 96 percent of votes in that election were given to candidates who were against [the hostage-taking]. Hence, the movie misrepresents the Iranian government’s stand in regard to hostage-taking. It also completely misrepresents Iranians by portraying us as irrational people consumed by aggressive emotion.”

However, after becoming president on Feb. 4, 1980, he found his efforts to resolve the hostage crisis thwarted. Bani-Sadr said he discovered that “Ayatollah Khomeini and Ronald Reagan had organized a clandestine negotiation, later known as the ‘October Surprise,’ which prevented the attempts by myself and then-U.S. President Jimmy Carter to free the hostages before the 1980 U.S. presidential election took place. The fact that they were not released tipped the results of the election in favor of Reagan.”

Though Bani-Sadr has talked and written about the Reagan-Khomeini collaboration before, he added in his commentary on “Argo” that “two of my advisors, Hussein Navab Safavi and Sadr-al-Hefazi, were executed by Khomeini’s regime because they had become aware of this secret relationship between Khomeini, his son Ahmad, the Islamic Republican Party, and the Reagan administration.”

Bani-Sadr wrote that after he “was deposed in June 1981 as a result of a coup against me [and] after arriving in France, I told a BBC reporter that I had left Iran to expose the symbiotic relationship between Khomeinism and Reaganism.”

Over the years, Republicans have adamantly denied that Reagan or his campaign struck a deal with Iranian radicals to extend the hostage crisis through the 1980 election. But substantial evidence has built up supporting Bani-Sadr’s account and indicating that the release of the 52 hostages just as Reagan was taking the oath of office on Jan. 20, 1981, was no coincidence, that it was part of the deal. [For the latest summary of the evidence, see Robert Parry’s America’s Stolen Narrative.]

In December 1992, when a House Task Force was examining this so-called October Surprise controversy and encountering fierce Republican resistance Bani-Sadr submitted a letter detailing his behind-the-scenes struggle with Khomeini and his son Ahmad over their secret dealings with the Reagan campaign.

Bani-Sadr’s letter was dated Dec. 17, 1992, and was part of a flood of last-minute evidence that implicated the Reagan campaign in delaying the hostage release. However, by the time the letter and the other evidence arrived, the leadership of the House Task Force had decided to simply declare the Reagan campaign innocent.

Lawrence Barcella, who served as Task Force chief counsel, later told me that so much incriminating evidence arrived late that he asked Task Force chairman, Rep. Lee Hamilton, a centrist Democrat from Indiana, to extend the inquiry for three months but that Hamilton said no. (Hamilton told me that he had no recollection of Barcella’s request.)

In the Task Force’s final report, issued on Jan. 13, 1993, Barcella’s team simply misrepresented Bani-Sadr’s letter, mentioning it only briefly, claiming that it was hearsay, and then burying its contents in a little-noticed annex to the report along with other incriminating evidence. (I discovered additional evidence of Republican guilt when I gained access to boxes of the Task Force’s unpublished files.)

Bani-Sadr’s letter described the internal battles of the Iranian government over the Republican intervention in the 1980 hostage crisis. Bani-Sadr recounted how he threatened to expose the secret deal between Reagan’s campaign officials and Islamic radicals close to Ayatollah Khomeini if the hostage-release delay wasn’t reversed.

Bani-Sadr said he had first learned of the Republican “secret deal” with Iranian radicals in July 1980 after Reza Passendideh, a nephew of Ayatollah Khomeini, attended a meeting with Iranian financier Cyrus Hashemi and Republican lawyer Stanley Pottinger in Madrid on July 2, 1980. Though Passendideh was expected to return with a proposal from the Carter administration, Bani-Sadr said Passendideh instead carried a plan “from the Reagan camp.”

“Passendideh told me that if I do not accept this proposal, they [the Republicans] would make the same offer to my [radical Iranian] rivals. He further said that they [the Republicans] have enormous influence in the CIA,” Bani-Sadr wrote. “Lastly, he told me my refusal of their offer would result in my elimination.”

Bani-Sadr said he resisted the threats and sought an immediate release of the American hostages, but it was clear to him that the wily Khomeini was playing both sides of the U.S. political street. Bani-Sadr said the secret Republican plan to block release of the hostages remained a point of tension between him and Khomeini. Bani-Sadr said his trump card was a threat to tell the Iranian people about the secret deal that the Khomeini forces had struck with the Republicans.

“On Sept. 8, 1980, I invited the people of Teheran to gather in Martyrs Square so that I can tell them the truth,” Bani-Sadr wrote to the House Task Force. “Khomeini insisted that I must not do so at this time. … Two days later, again, I decided to expose everything. Ahmad Khomeini [the ayatollah’s son] came to see me and told me, ‘Imam [Khomeini] absolutely promises’” to reopen talks with Carter if Bani-Sadr would relent and not go public.

Bani-Sadr said the dispute led Khomeini to pass on a new hostage proposal to the U.S. government through Khomeini’s son-in-law, Sadegh Tabatabai, in September 1980 (although that initiative ultimately was derailed by radical Islamists in the Majlis or parliament).

The House Task Force also obtained and buried in the report’s annex another Iranian letter bearing on the secret Republican initiative. On Aug. 18, 1980, Iran’s then-acting foreign minister Sadegh Ghotbzadeh informed Iran’s Majlis that “another point to consider is this fact. We know that the Republican Party of the United States in order to win the presidential election is working hard to delay the solution of the hostages crisis until after the U.S. election.”

Ghotbzadeh argued for a quicker resolution of the crisis so Iran’s new Islamic government, which had consolidated its power in part because of the hostage crisis, could “get on with other more pressing affairs than the hostage issue.”

He added, that “objection to this argument is that it will be in line with the policy of the Republican Party leaders and supporters of [banker David] Rockefeller and Reagan. [But] if we leave this issue unsolved, our new government will be constantly under pressure and may not be able to succeed in its affairs. In light of this consideration it is better to settle this crisis.”

As the hostage crisis wore on in late summer 1980, Ghotbzadeh made other comments about the Republican interference, telling Agence France Press on Sept. 6, 1980, that he had information that Reagan was “trying to block a solution” to the hostage impasse.

Bani-Sadr’s detailed letter meshed not only with Ghotzabeh’s contemporaneous accounts but with a statement made by former Defense Minister Ahmad Madani, who had lost to Bani-Sadr in the 1980 presidential race although Madani had received covert CIA assistance funneled to his campaign through Iranian financier Cyrus Hashemi.

Madani said he later discovered that Hashemi was double-dealing Carter by collaborating with the Republicans. In an interview with me in the early 1990s, Madani said Hashemi brought up the name of Reagan’s campaign chief William Casey in connection with these back-channel negotiations over the U.S. hostages. Madani said Hashemi urged Madani to meet with Casey, earning a rebuke from Madani that “we are not here to play politics.”

Nevertheless, in December 1992, with ex-President Reagan already suffering from Alzheimer’s disease and his successor George H.W. Bush defeated and on his way out of office, the House Task Force chose what was considered the bipartisan solution, to brush aside this Iranian information and a wealth of other material implicating Reagan and Bush and simply declare that there was “no credible evidence” of a Republican-Iranian deal.

22 comments for “‘October Surprise’ and ‘Argo’”