A decade ago, with neocons at the policy controls, the U.S. government was hell-bent on invading Iraq and few Washington power figures were brave enough to get in the way. A direct appeal to FBI Director Robert Mueller was one example of a warning falling on deaf ears, as ex-FBI agent Coleen Rowley recalls.

Ten years ago, I made the ultimately futile effort of writing to FBI Director Robert Mueller warning that he needed to tell the truth about the Bush administration’s unjustified decision to preemptively invade Iraq and the likelihood it would prove counterproductive.

To its credit, the Minneapolis Star Tribune ran the story on March 6, 2003 (“Agent: War would unleash terror, and FBI not ready”), one of only a handful of such cautionary news stories in the war-fevered weeks before the United States launched its catastrophic invasion. (The New York Times also ran an articleabout the letter.) 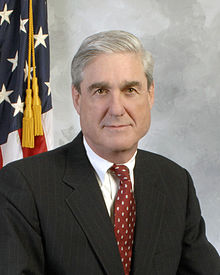 At the time, Mueller well knew of Vice President Dick Cheney’s lying about Saddam’s connection to 9â€Š/â€Š11 and other administration exaggerations to gin up the war.

My letter compared Bush-Cheney’s rush to war with the impatience and bravado that had led to the FBI’s disastrous 1993 assault at Waco, where “the children [the FBI] sought to liberate all died when [David] Koresh and his followers set fires.”

On a much more tragic scale, hundreds of thousands of Iraqi civilians were killed and millions more were wounded or displaced. Iraq’s infrastructure was destroyed. Severe problems remain with lack of clean drinking water, electricity and a lack of professionals in Iraq to help rebuild.

Even worse, the flames of sectarian hatred were ignited, based on religious and ethnic differences, leading to violent civil strife, ethnic cleansing and terror bombings. Those fires continue to burn. Instead of bringing democracy, it was violence and war that spilled over to other countries in the Middle East and North Africa.

The Obama administration’s “white paper” on drone bombing policy claims that an “informed official” can, without any judicial process, place U.S. citizens on a “kill list” and otherwise act as judge, jury and executioner on “the global battlefield.”

More laxity in law enforcement’s use of deadly force has even come to pass. The shooting meltdown engaged in by the panic-stricken Los Angeles Police Department in response to the “war” launched by Navy Reservist and Iraq veteran Christopher Dorner is just one example. Veterans increasingly bring the war home, suffering high rates of suicides and homicides.

This blowback is a scary proposition considering that domestic terrorists Timothy McVeigh, John Muhammad (the “Beltway sniper”) and Robert Flores (who shot three nursing professors and then himself) were all products of Gulf War I.

No matter how comforting it may be to believe that it’s possible to preempt terrorism or other violent crime, “Minority Report” ability is nothing but fiction. Preemptive prosecutions, roundups for indefinite detention, preemptive drone strikes and preemptive wars are essentially characterized by lack of adequate factual justification.

No one should be surprised that no weapons of mass destruction were found in Iraq. None of the hundreds of immigrants detained after 9â€Š/â€Š11 were ever connected to terrorism; a large percentage of those imprisoned at Guantanamo (for whom bounties were paid) were later cleared, and researchers have found that only 2 percent of those killed by drone bombing are actually high-level Al-Qaida terrorists.

As a result, Iraq and other post-9â€Š/â€Š11 wars and war-crime abuses have only increased hatred of the United States, spawned new anti-American terrorist groups and served as a recruiting tool for existing ones. Recent polls show that more than 75 percent of Pakistanis view the United States as their enemy. Analysts estimate that during three years of drone bombing in Yemen, the Al-Qaida-inspired group there has grown from about 200 to more than 1,000.

But as Voltaire said, “it’s dangerous to be right when the government is wrong.” I don’t blame Mueller for maintaining a low profile. The Cassandra role is a thankless one, and Mueller probably would not have been held over the prescribed 10-year term for an FBI director if he weren’t adept at going along to get along.

I do wonder, however, if he hasn’t felt, most of these last years, like the “helpless bystander” I suggested he could become. Is that how the other little cogs feel, too, as their out-of-control, destructive war machine grinds on? [For more, see Consortiumnews.com’s “The US Press Sell-Out on Iraq War.”]

Coleen Rowley, a former FBI special agent and legal counsel in the Minneapolis field office, wrote a “whistleblower” memo in May 2002 and testified to the Senate Judiciary Committee about some of the FBI’s pre-9â€Š/â€Š11 failures. She retired in 2004 and is now a writer and speaker. [This article first appeared in the Star Tribune, http://www.startribune.com/opinion/commentaries/194400981.html?refer=y]

← Perverting the Constitution for Power
The NRA’s War on America →

4 comments for “An Unheeded Warning on Iraq War”