Exclusive: The U.S. Supreme Court’s right-wingers are making bizarre arguments for gutting the Voting Rights Act, suggesting their real goal is to allow more suppression of minority voters and thus elect a Republican president who will keep the right-wingers as the Court’s majority, writes Robert Parry.

Official Washington’s boilerplate regarding the five right-wing justices on the U.S. Supreme Court is that they are “strict constructionists” who believe in a literal reading of the Constitution. But the reality is that these guys act as if they’ve never read the Constitution and have spent too much time watching Fox News.

For instance, Justice Anthony Kennedy, who is widely regarded as the “reasonable centrist” in this group, seems to believe that the Constitution made each state an “independent sovereign.” He used that phrase last Wednesday in oral arguments on whether to strike down the Voting Rights Act and especially Section Five, which requires jurisdictions with histories of racially motivated voter suppression to get federal court permission before changing their voting laws. 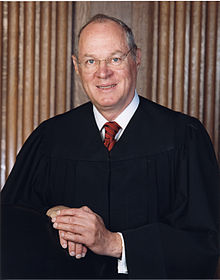 Kennedy expressed concern that this requirement violated the constitutional provision declaring each state, in this case Alabama, to be an “independent sovereign.” However, there is no such language in the U.S. Constitution. In fact, the Constitution intentionally expunged language about states being “independent” and “sovereign,” which appeared in Article Two of the Articles of Confederation as it governed the United States from 1777 to 1787.

The problems caused by that language led to the convening of the Constitutional Convention in Philadelphia in 1787. The idea of 13 “independent” and “sovereign” states had proven unworkable, so George Washington, James Madison and other Framers jettisoned it in favor of national sovereignty invested in “We the People of the United States.”

General Washington, who presided at the convention, was a particular foe of state “sovereignty” because he and his revolutionary soldiers had suffered under the chaos of 13 “independent” states failing to meet obligations to fund and equip the Continental Army. That chaos then continued through the first years of independence.

So, the Constitutional Convention ignored its instructions to simply propose amendments to the Articles of Confederation and instead threw them out altogether, including Article Two which read: “Each state retains its sovereignty, freedom, and independence, and every power, jurisdiction, and right, which is not by this Confederation expressly delegated.”

In the Articles of Confederation, national sovereignty was specifically denied the central government, which was not deemed a nation or government but simply a “firm league of friendship.” That power relationship was essentially flipped by the Constitution, which made federal law supreme and left the states responsible mostly for local matters.

The consolation prize that the states got was the Tenth Amendment which, in effect, replaced Article Two of the Articles of Confederation and must be read in comparison to that language of “sovereignty, freedom, and independence.” The Tenth Amendment simply states that “the powers not delegated to the United States by the Constitution, nor prohibited by it to the States, are reserved to the States respectively, or to the people.”

Though the modern American Right has sought to make the Tenth Amendment a central governing principle claiming that it tightly constrains the federal government and gives broad authority to the states the amendment was really a rhetorical sop to the Anti-Federalists. It had very little meaning since the Constitution granted sweeping powers to the Congress and to the President, which is why the Anti-Federalists fought so hard to block ratification.

But the Right’s narrative of the nation’s Founding often ignores why the Constitution was written, i.e. to obliterate the failings of the Articles of Confederation. By deleting that key part of the story, the Right can pretend that the Framers were seeking a weak central government and were enamored of states’ rights, when nearly the opposite was true.

So, you’ll hear in the ubiquitous right-wing media this “scholarship” about how the Framers wanted the states to be “sovereign” and “independent.” But what was alarming about Kennedy’s remark is that it appears this bogus narrative has now seeped into the U.S. Supreme Court, where the right-wing justices seem to believe the Articles of Confederation are still in force. [For more on this history, see Robert Parry’s America’s Stolen Narrative.]

Kennedy is seeing language that is not in the Constitution. One has to begin to wonder if he is simply in thrall to the right-wing faux history, or is he just another political activist masquerading as a justice, eager to do what he can to insure that a Republican succeeds President Barack Obama and then will appoint new right-wing justices when some of the current ones retire.

In this apparent pursuit of a permanent right-wing majority on the Supreme Court, Chief Justice John Roberts presented his own sloppy reasoning for striking down Section Five of the Voting Rights Act. He claimed without providing a source that the proportion of blacks voting in Mississippi is much higher than the number in Massachusetts. Roberts called Mississippi the best and Massachusetts the worst.

But the central flaw in Roberts’s argument — even if his numbers were right — is that no one is alleging that Massachusetts has a history of Jim Crow laws suppressing the black vote. Mississippi does. And it’s fair to say that the Voting Rights Act is a principal reason the black vote is as high as it is.

Rounding out the right-wing justices’ efforts to transform the high court into what sounds more and more like a Fox News’ pundit panel, Justice Antonin Scalia threw in his cranky notion that the Voting Rights Act was a “perpetuation of racial entitlement,” suggesting that the right of blacks to vote was some kind of federal government handout.

Scalia, who is widely acclaimed by the mainstream media as a great legal intellect, apparently has little knowledge of the Fifteenth Amendment, which states: “The right of citizens of the United States to vote shall not be denied or abridged by the United States or by any State on account of race, color, or previous condition of servitude. The Congress shall have power to enforce this article by appropriate legislation.”

That would seem to make clear that Congress has the authority to exercise its judgment in protecting the rights of blacks and other minorities to vote, which Congress did in passing the Voting Rights Act in 1964 and overwhelmingly reauthorizing it as recently as 2006.

But now the right-wing clique running the U.S. Supreme Court seems ready to ignore the wording of the U.S. Constitution, to rely on some dubious data, to utter some inflammatory words, and to apply language from the inoperative Articles of Confederation to gut the Voting Rights Act and permit the restoration of Jim Crow laws.

Based on this anything-goes interpretation of the U.S. Constitution, these right-wing justices are now expected to at least strike down Section Five, thus clearing the way for Republican-controlled states to enact new ways to devalue the votes of blacks, Hispanics, Asian-Americans and urban white youth who embrace the nation’s multiculturalism.

One almost expected these right-wing justices to resurrect the “Three-Fifths of a Person” clause, which was repealed by the post-Civil War amendments ending slavery and asserting equal protection under the law. Why not? If they’re reaching back to the state “sovereignty” and “independence” in the Articles of Confederation, which was repealed by the Constitution, why not embrace the concept that whites are more of a person than non-whites?

The Court’s right-wing majority seems determined to do whatever it can to get another Republican president into the White House as soon as possible so their majority will be sustained, much as five Republican partisans installed George W. Bush after Election 2000, although he lost the popular vote and would have lost Florida if the Court had allowed all legally cast ballots to be counted.

However, as Bush’s fate and the Court’s Republican majority hung in the balance, five GOP partisans including current Justices Scalia, Kennedy and Clarence Thomas suddenly fell in love with the post-Civil War’s Fourteenth Amendment and its “equal-protection-under-the-law” principle. With Kennedy writing the majority opinion, they somehow twisted it into an excuse for not counting the votes of blacks and poor people.

That way a Republican was put into the White House and could fill Court vacancies, which Bush did in selecting John Roberts and Samuel Alito to replace William Rehnquist and Sandra Day O’Connor.

Now, by overturning much if not all of the Voting Rights Act, the Supreme Court’s Republican majority could clear the way for more suppression of non-white votes and thus increase the chances that a Republican president will be in place to ensure that the right-wing majority doesn’t slide into the minority.

8 comments for “Perverting the Constitution for Power”