Exclusive: The neocons and their Republican allies bloodied former Sen. Chuck Hagel with ugly smears, but he won Senate approval to become Defense Secretary. The neocons’ failure to exercise this “veto” now stands as a sign of their diminished standing with the Obama administration, writes Robert Parry.

Washington’s conventional wisdom is that Defense Secretary Chuck Hagel was badly damaged by the ugly smear campaign of his confirmation process and by the 41 no votes in the Senate, but this Republican temper tantrum obscured a more important reality, that the neocons have lost their last toehold in the Executive Branch.

For the first time in decades, the neoconservatives find themselves on the outside of Washington’s executive power looking in. With the ignominious departure of General David Petraeus as head of the CIA in November and the retirement of Secretary of State Hillary Clinton in January, they now have no powerful allies in any key national security position. 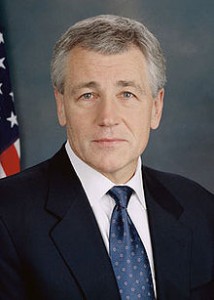 Granted, one need not shed tears for the neocons. They still have many of their own in the U.S. Congress, in the national news media, and in influential Washington think tanks. Wealthy right-wing donors will keep them well-housed, well-clothed and well-fed.

There is also the likelihood that the Obama administration will bend more than it should to the noisy neocon presence in the corridors of power. The neocons, after all, are famous for their readiness to deride and disparage anyone who gets in their way. And such nastiness tends to induce fear among people even with important titles.

But there is this overriding fact: the neocons failed in asserting what they had hoped would be their last power over the Executive Branch: vetoing disfavored government nominees. Despite the neocons’ preemptive assault on Hagel before his nomination was made, President Barack Obama pressed ahead with his choice for the Pentagon.

Then, the Senate Republicans took up the neocon cudgel against their former Republican Senate colleague, turning his confirmation process into a venomous assault on someone they deemed a turncoat for having dared criticize President George W. Bush’s Iraq War and then endorsing Obama for President in 2008.

Hagel has indicated, too, a preference for real negotiations with Iran regarding its nuclear program rather than simply a steady escalation of sanctions and hostilities leading inexorably to war, as Israel’s Prime Minister Benjamin Netanyahu and many neocons seem to prefer. And Hagel ventured into the real world again by detecting in Washington the presence of an Israel lobby.

So, both in the Senate Armed Services Committee and on the Senate floor, Republicans bashed Hagel for having the audacity to criticize some Israeli policies, for his openness toward Iran, and for his curious belief that there indeed was a lobby in Washington advocating for Israeli interests.

Besides hammering Hagel as allegedly “anti-Israel,” some Republicans like Texas Sen. Ted Cruz suggested that Hagel might have accepted payments from America’s enemies like maybe North Korea although Cruz acknowledged that he had no evidence to support his innuendo.

However, as Washington Post columnist Dana Milbank noted in an article entitled “McCarthyism 2013,” the full quote from Hagel was made during the 2006 Lebanon war when Sen. Hagel pleaded for a ceasefire and said, “This sickening slaughter on both sides must end.”

As Milbank noted, the war on Hagel extended beyond traditional neocon circles to Tea Party favorite, Kentucky Sen. Rand Paul, who “gave credence to a hoax, published credulously in the conservative press, that Hagel had received funds from a fictitious group called Friends of Hamas. Asked about this by radio host Hugh Hewitt, Paul replied, ‘You know, I saw that information today, also, and that is more and more concerning.’”

With Hagel’s confirmation on a 58-41 vote, the best the neocons can now hope is that a chastened Hagel will be more submissive toward their demands, particularly about a possible war with Iran over its nuclear program. But another possibility is that Hagel and Obama will retaliate by closing the door further on neocon influence over policy.

By standing by Hagel, Obama showed that he has learned something from his first term when he often bent over backwards to appease the neocons. He kept in place George W. Bush’s military command from Defense Secretary Robert Gates to the neocons’ favorite general, David Petraeus. Obama also put in hawkish Democrat Hillary Clinton at State and she brought along a number of neocon-lite advisers.

This neocon-leaning contingent then boxed in Obama on a major escalation in Afghanistan in 2009, after denying his request for an Afghan exit plan. He reportedly considered that decision one of the worst of his first term.

In 2009, the neocons also rolled the novice President after Director of National Intelligence Dennis Blair picked former U.S. Ambassador Chas W. Freeman to be chairman of the National Intelligence Council. The neocon propaganda machine promptly revved up, denouncing Freeman as a “realist” who was too friendly with Arab countries. But Freeman’s real crime was a lack of sufficient ardor toward Israel and his recognition like Hagel’s that an Israel lobby actually exists in Washington.

“Realists tend not to abide the American alliance with Israel, which rests on shared values with a fellow imperfect democracy rather than on a cold analysis of America’s interests,” wrote Jon Chait in an article entitled “Obama’s Intelligence Blunder” for the Washington Post’s neocon-dominated op-ed page.

Chait, a senior editor at the neocon New Republic, added: “As far as realists are concerned, there’s no way to think about the way governments act except as the pursuit of self-interest. Taken to extremes, realism’s blindness to morality can lead it wildly astray. Stephen Walt and John Mearsheimer, both staunch realists, wrote ‘The Israel Lobby,’ a hyperbolic attack on Zionist political influence.

“Freeman praised ‘The Israel Lobby’ while indulging in its characteristic paranoia. ‘No one else in the United States has dared to publish this article,’ he told a Saudi news service in 2006, ‘given the political penalties that the lobby imposes on those who criticize it.’”

“The announcement that the Obama administration would turn over the job of preparing National Intelligence Estimates to a man whom Saudi Arabia, China, Iran and Hamas surely consider an agent of influence calls to mind an old axiom about Charles ‘Chas’ Freeman’s new line of work, ‘Garbage in, garbage out,’” Gaffney wrote.

Faced with this furious reaction to the appointment of Freeman, Obama quickly retreated. Freeman was forced to step down, and the neocons celebrated their reassertion of political clout even in Obama’s Washington.

In a later book, America’s Misadventures in the Middle East, Freeman noted that the day after he withdrew his acceptance of the job, the Washington Post published “an unsigned editorial calling me a ‘crackpot’ for imagining that there was an Israel Lobby and that it had opposed me.”

By contrast to the cave-in on Freeman, second-term Obama refused to buckle regarding Hagel, although the neocons applied similar smear tactics.

Another one of Hagel’s alleged sins is that he believes the vast Pentagon budget “needs to be pared down.” The Washington Post editorial page, which has long been the neocons’ media flagship in the nation’s capital, denounced that position as reckless and out of the mainstream.

“Mr. Hagel’s stated positions on critical issues, ranging from defense spending to Iran, fall well to the left of those pursued by Mr. Obama during his first term and place him near the fringe of the Senate that would be asked to confirm him,” the Post sniffed in a Dec. 19 editorial.

But it is clear that Hagel’s primary disqualification was that he has, at times, refused to sign on to hawkish neocon positions circulated by the American Israel Public Affairs Committee, AIPAC, such as piling on more anti-Iran sanctions and demanding that Europe designate Hezbollah, Israel’s chief foe in Lebanon, as a terrorist organization.

Overall, the neocons have found their power prospects waning by comparison to what they had hoped just a few months ago. They had expected President Mitt Romney to restore them to the previous glory that they had enjoyed under Ronald Reagan and George W. Bush.

However, just days after Romney lost to Obama, the neocons got an unexpected surprise when their cozy ally, David Petraeus, was forced to resign as CIA director due to a sex scandal. Given his star status, Petraeus had expected to have his sexual escapades swept under the rug but he was informed that he would have to leave and that the reason would be made public.

According to intelligence sources, Obama was upset with a behind-his-back effort by CIA Director Petraeus and Secretary of State Clinton to push a scheme for shipping arms to the Syrian rebels. The Petraeus-Clinton thinking apparently was that Obama, in a tough reelection fight, would not have the political guts to block their Syrian plan and face possible accusations of timidity, but he did.

Then, heading into his second term, Obama finished clearing the decks of his first-term national security team. Defense Secretary Gates already had resigned in 2011. With John Kerry at State and Chuck Hagel at Defense, Obama also has two Vietnam War veterans with Purple Hearts who have expressed a reluctance to go casually off to war, as many neocons who typically have never served in uniform do.

Yet, despite their loss of standing within the Executive Branch, the neocons can still be counted on to push violent solutions to diplomatic problems. Indeed, their voices may become even more strident if they see Obama’s second term seeking more multilateral solutions and more “realist” approaches to the rest of the world.

The neocons may still raise their voices and type out angry op-eds, but their hands are off the levers of military power more so than we have seen since the 1970s.

← Challenging the Neocons on Iran
In Case You Missed… →