From the Archive: Director Kathryn Bigelow won an Oscar for “The Hurt Locker” and is in the running again with “Zero Dark Thirty,” but both movies have a troubling undercurrent of racism, heroic Americans operating in a world of apathetic or crazy Muslims, wrote Robert Parry.

When I watched the get-bin-Laden movie Zero Dark Thirty at a theater just outside Washington D.C., I was struck by how silent the audience was from beginning to end with almost no reaction to the climatic killing of the terrorist leader or to the film’s lame stabs at humor.

For instance, the screenwriters apparently thought they had crafted a funny line when the CIA officer in charge of torture says he’s returning to a desk job at CIA headquarters because he’d grown tired of seeing so many “naked men,” i.e. the detainees he’d been torturing. I heard one person in the audience emit an uncomfortable laugh. 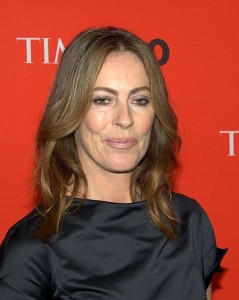 Mostly the film played out from its graphic scenes of torture through the plodding search for Osama bin Laden to the carefully depicted Seal Team Six assault on the compound in Abbottabad, Pakistan in a silent, darkened theater.

Clearly, the strength of the movie was its documentary-style presentation of the climactic nighttime assault, though the film failed to explain how meticulously Seal Team Six had prepared for indeed, rehearsed the attack.

Apparently, for dramatic effect, director Kathryn Bigelow ignored that part of the story so she could pretend that her heroine, the obsessed CIA analyst Maya, was getting her CIA superior, and the White House, to act by using a magic marker to scribble the number of days she’d been waiting on the window to his office.

However, when the raid finally commences, it’s clear that many of those days had been devoted to careful preparation. Everyone in the commando unit knew precisely where they were going, what to expect, and how to proceed. What was remarkable about Bigelow’s depiction of the raid was its businesslike precision.

But my takeaway from that segment was that the commandos of Seal Team Six could best be described as methodical killers, moving through the compound and systematically killing each man they encountered, whether armed or not. After shooting a target, they then fired two more shots into the motionless body to make sure the person was dead.

While the scenes in the darkened house were nerve-wracking even though the outcome was already known the American attackers came across as less heroic than professional. You’re left with a sense that these warriors had been on many similar missions with similar deadly results.

As shown in the movie, the commandos displayed few emotions even when they killed bin Laden. Afterwards, they simply continue with business as usual. They corral the terrified children and the women; they rush through their work removing computer hard drives and other useful intelligence; they extract bin Laden’s corpse in a body bag; they fend off curious neighbors; they demolish a damaged helicopter; and they fly back to their base in Afghanistan where they sort out the captured intelligence and put bin Laden’s body on a gurney.

Then, for dramatic effect, director Bigelow has Maya serve as the CIA expert who conclusively identifies bin Laden’s body before she heads off to a military cargo plane where she is the only passenger for a return trip to the United States and where she breaks down in tears.

Despite criticism of the movie for its disputed suggestion that torture elicited important clues in the hunt for bin Laden, Bigelow deserves some credit for not transforming the raid into a moment of melodramatic catharsis.

The scene of the U.S. commandos shooting bin Laden in the head when he opens his bedroom door and then pumping a couple of extra shots into his collapsed body while bin Laden’s children watch is not the sort of theatrical climax that one might have expected from a John Wayne or Bruce Willis movie.

Whatever the audience felt about the necessity of killing bin Laden as revenge for his mass murder of innocents or as prevention against him plotting more terrorist mayhem there had to be mixed emotions at his denouement. There also should have been reflection on the various American crimes that have been committed in the years after 9/11, including the ugly torture of detainees and the bloody invasion of Iraq, which had nothing to do with 9/11.

Which brings me to my biggest criticism of Bigelow for this movie and for her Oscar-winning The Hurt Locker, a drama about U.S. demolition experts defusing “improvised explosive devices” in Iraq. Both movies treat the inhabitants of the countries mostly as scenery and provide almost no historical context for the events that Bigelow portrays.

In The Hurt Locker, you’re presented with a framework in which U.S. military personnel somehow find themselves in Iraq trying to save both Americans and Iraqis from bombs planted by other Iraqis, presumably because those Iraqis must be pathological “bad guys.” The American bomb crews sacrifice greatly for the benefit of all, doing their best to frustrate these evil-doers.

Bigelow treats the Iraqis as either props for her drama or as villains, i.e. crazy terrorists. If you didn’t know the history, you’d be lost regarding the background of an unprovoked U.S. invasion of Iraq and a military occupation that many Iraqis were resisting.

Similarly, in Zero Dark Thirty, Bigelow offers the thinnest of historical context. The film starts with a black screen and 911 calls from desperate people dying in New York’s Twin Towers. It then jumps to the torturing of detainees and CIA interrogators doing the unpleasant work of extracting information to prevent future terrorist attacks.

The Missing Back Story

What’s missing is any explanation of how we all got here. The movie might have at least referenced some of that history. In summary:

In the 1980s, the Reagan administration exploited the passions of radical Islam in a conscious strategy to undermine the atheistic Soviet Union, with the CIA printing Korans for distribution in Soviet-occupied Afghanistan and the neighboring Soviet provinces.

By spending billions of dollars to sponsor an Islamic jihad against the Soviets in Afghanistan, the Reagan administration attracted waves of militants from around the Arab world, including the wealthy Saudi extremist Osama bin Laden who then led bands of non-Afghan jihadis in the fight against the Soviets.

Next, George H.W. Bush’s administration rebuffed overtures from Soviet President Mikhail Gorbachev for a withdrawal of Soviet troops and Afghan peace negotiations, to be followed by a coalition government to prevent Afghanistan from descending into political anarchy.

However, senior aides to Bush, including his deputy national security adviser Robert Gates, preferred a triumphalist approach toward Gorbachev’s removal of Soviet troops and his offers of compromise. Instead of a unity government, the first Bush administration pressed for a total victory of the CIA-backed Islamists, ultimately leading to years of Afghan chaos and the eventual rise of the Taliban. [See Robert Parry’s America’s Stolen Narrative.]

The Bush administration’s triumphalism also prompted President George H.W. Bush to rebuff Gorbachev’s proposals for getting Iraq to withdraw its troops from Kuwait in 1991. Bush instead favored a politically satisfying ground war that included basing American troops in Saudi Arabia, the immediate provocation that made America the new enemy for bin Laden and his Islamic extremists.

Muslims around the world also identified with the plight of the Palestinians who have faced decades of violent mistreatment at the hands of Israel with the financial and political backing of the United States.

None of this important history is referenced in Zero Dark Thirty. Like The Hurt Locker, Bigelow’s new movie just thrusts Americans into a situation where they are the victims and you get no clue as to why these Muslims keep acting so nutty, including blowing themselves up in suicide attacks.

Thus, there is an implicit racism in Bigelow’s depiction of the Muslim world, much like how Gone with the Wind treats white Southerners and African-Americans. By leaving out the outrages of slavery, Gone with the Wind encourages viewers to sympathize with the struggling Confederates.

In Bigelow’s movies, by leaving out the context of U.S. imperialist adventures in Afghanistan and Iraq, you are invited to identify with the Americans and see Muslims as irrational troublemakers.

This is not to say that Bigelow is a racist. Indeed, her documentary-style presentation of the Abbottabad raid avoiding the usual Hollywood pressures to cast everything in a simplistic “good-guy/bad-guy” frame would argue against that suspicion. However, she does accept another troubling Hollywood clichÃ©, focusing on the travails of white Americans operating among swarthy and dangerous Muslims.

It was Bigelow’s failure to widen the frame of Zero Dark Thirty that ultimately makes it a profoundly depressing movie, sending viewers off into the dark night with no new understanding of the whys behind this bloody struggle.

← An Incurious ‘Zero Dark Thirty’
Forgetting the Success of Deterrence →