From the Archive: Two Oscar favorites “Argo” and “Zero Dark Thirty” purport to tell real-life stories about America’s troubles in the Middle East, one an escape-from-Iran thriller and the other a get-bin-Laden film. But neither confronts some hard realities, wrote Winslow Myers.

Maya is the name of the determined protagonist of Zero Dark Thirty who pursues Osama bin Laden to his death. Controversies generated by the film include whether torture was essential to the success of the original mission, whether the producers were given special access to the CIA, and whether the film amounts to propaganda that excuses illegal methods of countering terrorism. 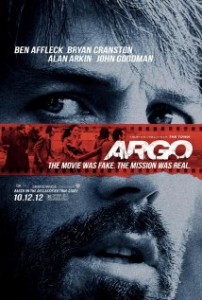 Zero Dark Thirty, along with actor-director Ben Affleck’s film Argo, a thriller based on the joint CIA-Canadian rescue of rescue of six American diplomats during the 1979 Iranian hostage crisis, can generate some useful reflection upon American methods for achieving security in a dangerous world.

Both films pander to crude stereotypes of malevolent, swarthy-skinned, bearded jihadis. They intensify the “us and them” paradigm that suffuses our thinking about a region of the world going through paroxysmal changes.

Argo begins with a brief montage that acknowledges the U.S. role in the creation of modern Iran. The film mentions that the C.I.A. overturned Iranian elections in the 1950s, deposed the popular democratically elected Mohammad Mosaddegh in 1953, and installed the Shah, causing severe blowback. We experienced more blowback when bin Laden was with us against the Soviets (during their Afghan War) before he was against us (leading to our Afghan War).

Ironically, Argo’s reduction of Iranians to brutal thugs is countered by the supremely subtle and human Iranian 2011 film of director and writer Asghar Farhadi, A Separation, in which an Iranian couple must decide whether to move to another country to provide opportunities for their child, or stay in Iran to care for a family member with Alzheimer’s; a work vastly higher in quality than either Argo or Zero Dark Thirty.

The two American films celebrate our ingenuity, courage and perseverance against adversaries, but our own integrity requires that we look more deeply into the dominant narrative that produced them.

While these are “only” films, Zero Dark Thirty points us back to the painfulness of the events out of which it came, illuminating the questions: How and when can the “war on terror” come to an end, and how will we know when it does? In the same way, Argo questions how to prevent a war between us, or Israel, and Iran, a war that would resolve nothing.

Bin Laden was apparently motivated to attack the West out of revenge,the ancient paradigm of an “eye for an eye.” In an extensive 2002 letter to the American people, printed in the British publication The Observer, bin Laden laid out his specific justifications for horrific violence against innocents.

He began by citing passages from the Koran that give permission to Islamists to fight “disbelievers.” Immediately this sets up a pathological context, because it contains what philosophers call a performative contradiction:

He proclaimed Islam as a universal religion, but his vision was radically exclusivist. He believed that a universal God is on the side of pure Islam against impure or non-Islamists. Religionists of many faiths, including Christianity, have occasionally fallen into this moral trap.

Bin Laden went on to say that he and his colleagues are fighting the U.S. because the U.S. supports Israel against Palestine. He was explicitly anti-Semitic; to him the creation of Israel was a crime, implying no willingness to accept a more inclusive, multi-ethnic vision of the region’s future.

Not all of bin Laden’s justifications for violence were based in irrational fantasies of revenge. He raised issues, like the deaths of hundreds of thousands of children in Iraq as the result of U.S. sanctions, or our double standards about whom we allow to have nuclear weapons and whom we do not, that have also been raised by patriotic and loyal Americans.

When I spoke at a Rotary club a few years ago, I said that however horrific bin Laden’s crimes were, it was important to hear his rationalizations and understand his frame of reference.  It was important to consider what effect actions of our own, like stationing troops on bases in Saudi Arabia, had upon extremists, or those who could be recruited to their ranks from amongst offended citizens, and it was important to bring murderers to trial as ordinary criminals rather than exterminate them. A number of listeners to my talk stood up and walked out.

Our decision to assassinate bin Laden was not an act of restorative justice. Killing him would not have brought back to life those who perished on 9/11. It was an act of retributive, consciously decided, cold-minded payback.

In the intent eyes of our heads of government as they followed the actions of the Navy Seals, eyes that included a winner of the Nobel Peace Prize, it was possible to see how an eye for an eye makes the whole world blind.

In the nuclear age, this lack of moral imagination becomes a great deal more important than the issue of how entertaining or truthful are the products of Hollywood. Our planetary misery and fear will never decrease by an endless cycle of revenge and counter-revenge.

A pathological level of revenge is built into the very deterrence that rationalizes the possession of massive nuclear arsenals, the mother of all performative contradictions: a revenge-cycle that could kill us all, as it very nearly did in the Cuban Missile Crisis of 1962.

Shouldn’t any sane narrative of our response to terrorism include fewer drones that create more terrorists than they kill, and a few more initiatives of reconciliation between the West and Muslim regions? It is past time to set aside, from the trillions we spend on weapons and war, a few millions for a Department of Peace.

Otherwise we are fooling ourselves, moving deck chairs around on the Titanic. “Maya” is the Sanskrit word for illusion.

Winslow Myers leads seminars on the challenges of personal and global change, is the author of “Living Beyond War: A Citizen’s Guide,” serves on the Advisory Board of the War Preventive Initiative, is a member of the Rotarian Action Group for Peace, and writes for PeaceVoice.