The two top producers of pistachios are the United States and Iran, which have squared off over grievances for more than three decades. Now, there’s news that Israel has a preference for the Iranian variety and Prime Minister Netanyahu has a special budget item for pistachio ice cream, writes ex-CIA analyst Paul R. Pillar.

Pistachios have long been one of Iran’s leading products and biggest exports after oil. Thus when the Clinton administration, during its final year in office, wanted to take a stab at rapprochement with Iran, pistachios figured in the initiative.

Secretary of State Madeleine Albright gave a speech in which, besides acknowledging some of Iran’s historical grievances against the United States, she announced the lifting of import bans on Iranian pistachios, caviar and carpets. The initiative did not go anywhere because Iranian leaders took offense at a critical reference in the speech to Iran’s “unelected hands,” but it was a reminder of how important the greenish nut in the tan shell, and specifically export of the nut, is to Iran. 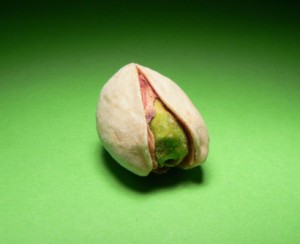 Thirteen years and a lot of sanctions later, it was thus somewhat surprising to hear a few days ago that the Iranian regime was imposing a six-month ban on export of pistachios. The official explanation for the move was that it was intended to help hold down the domestic price of pistachios, amid the sanctions-exacerbated inflation that is plaguing the Iranian economy.

The domestic price was considered especially important right now, with the approach of the Iranian new year, when many Iranians will be buying a lot of pistachios for their holiday entertaining. A further explanation, not stated officially, was that the regime had tried to jawbone Iranian pistachio producers into accepting what amounted to voluntary price restraints and was not getting the cooperation it wanted. The suspension of exports was an exercise of leverage against the recalcitrant growers.

Either the leverage worked or the regime came to conclude that the export suspension would be self-damaging; according to subsequent reporting the suspension has been revoked. Iranian producers were alarmed that even a brief interruption of exports would mean a lasting loss of market share. Their chief competitor in this market, the country that has been the second-leading producer of pistachios and in recent years has been challenging Iran for the number one spot, is the United States. The two countries that are facing off over a nuclear program and weighty security issues in the Persian Gulf are also the world’s biggest competitors on pistachios.

The picture gets more interesting when bringing into it the country that is the largest per capita consumer of pistachios, which also happens to be the country most vigorously stirring the pot over that nuclear issue: Israel. Strange as it may seem now, given the constant Israeli campaigning to pressure and isolate Iran as much as possible, in the recent past the United States has lobbied Israel not to import Iranian pistachios.

Israel hasn’t officially imported anything Iranian in some time, but the pistachio trade is a leaky one in which it has been well known that Iranian pistachios were making their way to Israeli consumers through Turkey or other routes. Back in the Clinton administration, Secretary Albright was on the case.

In instructions sent to the U.S. embassy in Israel three years before she made that speech on Iran, the State Department said, “Reports of Iranian pistachios entering Israel . . . are a source of growing concern. Given the goal Israel has placed on the need for the international community to pressure and economically isolate Iran . . . such imports are unacceptable.”

The U.S. lobbying of Israel on the issue was not motivated solely or even primarily by a perspective on what it takes to influence Iran. The lobbying reflected lobbying on the U.S. government by the pistachio growers in the San Joaquin Valley of California, who were hoping to get a bigger part of the lucrative Israeli market.

Israel denied there was a significant problem but nonetheless responded by making more of an effort to crack down, so to speak, on illegally imported nuts. Israel also imposed a special tariff on all non-U.S. pistachios, to make price competition between Iranian and U.S. producers more equal than it was.

Despite those measures, the issue did not go away, and late in the Bush administration the United States was still raising the matter with Israel. Even without a price advantage, many Israelis apparently prefer the Iranian variety of pistachio. “It’s no secret, the taste is better,” says Tel Aviv wholesaler Moshe Mussafi.

The dessert of this story is the news over the weekend, which was a front-page item in Israel, that Prime Minister Benjamin Netanyahu has a government-funded ice cream budget for his residence of $2,700 annually. The ice cream comes from a gourmet shop near the residence, and the prime minister’s favorite flavor is pistachio.

The play of this story in Israel, especially as exploited by Netanyahu’s political opponents, has been that this is an unjustified extravagance when other Israelis are being asked to observe austerity. The Iran angle does not seem to be an issue, and the New York Times article on the subject says that the pistachio ice cream was “presumably not made with an Iranian variety of the nut.”

But the taste issue and the difficulties in policing the pistachio trade that have kept the Iranian product coming into Israel for years make it unlikely anyone can say this with anything approaching certainty. It is interesting to reflect on the possibility that the leader who is the most prominent and vocal antagonist of Iran in the world might, as he relaxes with his favorite treat after dinner, be savoring a product that was grown somewhere in Kerman Province.

There is not a clear lesson from this story, but some possible observations come to mind. Messing with a free market for political reasons can have odd effects. Sanctions can have odd effects, or bring odd responses. Policies that supposedly have a large diplomatic purpose are often driven by more parochial interests, especially economic ones. And perhaps something about how pistachios, like politics, can make for strange bedfellows, or at least strange lines of conflict and cooperation.

3 comments for “The Geopolitics of Pistachios”