In assessing murky terrorism cases in the Middle East, one must take into account the political pressures on investigators and journalists to push the conclusion in a favored direction. That truism has surfaced again in a bombing at the Bulgarian resort of Burgas, says Gareth Porter for Inter Press Service.

When European Union foreign ministers discuss a proposal to designate Hezbollah as a terrorist organization, Bulgaria’s Foreign Minister Nikolay Mladenov will present his government’s case for linking two suspects in the July 18, 2012, bombing of an Israeli tourist bus to Hezbollah.

But European ministers who demand hard evidence of Hezbollah involvement are not likely to find it in the Bulgarian report on the investigation, which has produced no more than an “assumption” or “hypothesis” of Hezbollah complicity. Major revelations about the investigation by the former head of the probe and by a top Bulgarian journalist have further damaged the credibility of the Bulgarian claim to have found links between the suspects and Hezbollah. 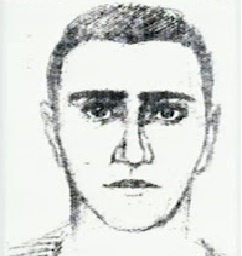 Bulgarian police sketch of a man believed to be either an accomplice or the bomber in a terror bombing aimed at Israeli tourists in the resort town of Burgas on July 18, 2012.

The chief prosecutor in charge of the Bulgarian investigation revealed in an interview published in early January that the evidence available was too scarce to name any party as responsible, and that investigators had found a key piece of evidence that appeared to contradict it. An article in a Bulgarian weekly in mid-January confirmed that the investigation had turned up no information on a Hezbollah role, and further reported that one of the suspects had been linked by a friendly intelligence service to Al-Qaeda.

The statement made on Feb. 5 by Interior Minister Tsvetan Tsvetanov referred to what he called a “reasonable assumption” or as a “well-founded assumption,” depending on the translation, that two suspects in the case belonged to Hezbollah’s “military formation.”

The host of a Bulgarian television talk show asked Tsvetanov on Feb. 9 why the conclusion about Hezbollah had been presented as “only a guess”. But instead of refuting that description, Tsvetanov chose to call the tentative judgment a “grounded hypothesis for the complicity of the Hezbollah military wing.”

The reason why the senior official responsible for Bulgarian security used such cautious language became clear from an interview given by the chief prosecutor for the case, Stanella Karadzhova, who was in charge of the investigation, published by “24 Hours” newspaper on Jan. 3.

Karadzhova revealed how little was known about the two men who investigators believe helped the foreigner killed by the bomb he was carrying, but whom Tsvetanov would later link to Hezbollah. The reason, she explained, is that they had apparently traveled without cell phones or laptops.

Only two kinds of information appear to have linked the two, according to the Karadzhova interview, neither of which provides insight into their political affiliation. One was that both of them had led a “very ordered and simple” lifestyle, which she suggested could mean that they both had similar training.  The other was that both had fake Michigan driver’s licenses that had come from the same country. It was reported subsequently that the printer used to make the fake Michigan driver’s licenses had been traced to Beirut.

Those fragments of information were evidently the sole basis for the “hypothesis” that that two of the suspects were members of Hezbollah’s military wing. That hypothesis depended on logical leaps from the information. Any jihadist organization could have obtained fake licenses from the Beirut factory, and a simple lifestyle does not equal Hezbollah military training.

But Karadzhova’s biggest revelation was that investigators had found a SIM card at the scene of the bombing and had hoped it would provide data on the suspect’s contacts before they had arrived at the scene of the bombing. But the telecom company in question was Maroc Telecom, and the Moroccan firm had not responded to requests for that information.

That provenance of the SIM card is damaging to the Hezbollah “hypothesis”, because Maroc Telecom sells its cards throughout North Africa a region in which Hezbollah is not known to have any operational bases but where Al-Qaeda has a number of large organizations. Morocco is also considered a “staunch ally” of the United States, so it is unlikely that the Moroccan government would have refused a request from the United States to get the necessary cooperation from Moroccan Telecom.

Senior Bulgarian officials have remained mum about the SIM Card, and Karadzhova was sacked as chief prosecutor shortly after the interview was published, ostensibly because the interview had not been approved.

On Jan. 17, the sister publication of “24 Hours,” the weekly “168 Hours,” published an article by its editor, Slavi Angelov, reporting that the Bulgarian investigators had failed to find any evidence of Hezbollah involvement. Angelov, one of the country’s premier investigative journalists, also wrote that one of the two suspects whose fake IDs were traced to Beirut had been linked by a “closely allied intelligence service” to a wing of Al-Qaeda.

The story, which is not available on the Internet but was summarized on the “24 Hours” website, earned a brief reference in a Jan. 17 story in the “Jerusalem Post”. That story referred to Angelov’s sources for the information about the Al-Qaeda link as unnamed officials in the Interior Ministry. The Angelov story’s revelation that Bulgaria had no evidence linking Hezbollah to the bus bombing was also headlined by the Jewish Telegraphic Agency on the same day.

By the time the investigation’s four-month extension was due to expire on Jan. 18, there was no question among investigators that they needed much more time to reach any meaningful judgment on who was responsible for the bombing. Chief prosecutor Karadzhova told “24 Hours” there was “no obstacle to the deadline being extended repeatedly.”

But by mid-January, international politics posed such an obstacle: the United States and Israel were already pointing to the Feb. 18 meeting of EU foreign ministers as an opportunity to get action by the EU on listing Hezbollah as a terrorist organization. Washington and Tel Aviv wanted a conclusion from the Bulgarians that could be used at that meeting to force the issue.

A meeting of Bulgaria’s Consultative Council for National Security to consider extending the investigation, originally scheduled for Jan. 17, was suddenly postponed. Instead, on that date Foreign Minister Mladenov was sent on an unannounced visit to Israel. Israel’s Channel 2 reported after the meetings with Prime Minister Benjamin Netanyahu and his National Security Advisor Yaakov Amidror that Bulgaria had given Israel a report blaming Hezbollah for the bus bombing.

The office of the Bulgarian foreign minister and Prime Minister Boyko Borissov both issued denials on Jan. 18. Borissov said there would be no comment on the investigation until “indisputable evidence has been discovered,” implying that it did not have the needed evidence yet. Nevertheless, over the next three weeks, the Bulgarian government had to negotiate the wording of what it would say about the conclusion of its investigation.

The decision to call the conclusion an “assumption” or even the weaker “hypothesis” about Hezbollah was obviously a compromise between the preference of the investigators themselves and the demands of the United States and Israel. And the discovery of the SIM card could not have caused the investigators to veer toward Hezbollah but would have called that hypothesis into question.

Tsvetanov admitted that the Hezbollah “assumption” had been adopted only “after the middle of January.” That admission indicates that the decision was reached under pressure from Washington, not because of any new evidence.

← The L’Enfant Plaza Hotel Mystery
Planning for an Asteroid Threat →