Seeking consistent standards for using lethal drones, the Obama administration is drafting a manual to govern when such attacks can be unleashed. But the secret guidelines carry other risks, including the acceptance of assassination as a routine part of U.S. foreign policy, says ex-CIA analyst Paul R. Pillar.

In one sense the Obama administration’s reported creation of a “playbook” establishing rules for killing alleged terrorists helps to meet calls from outside commentators, this one included, to clarify the criteria that are being applied to such assassinations.

Writing this kind of manual, however, has another side. It represents the institutionalization of worldwide assassinations as a regular, ongoing business of the United States government. As such it raises larger questions, which the playbook might not address at all, of how an assassination program does or does not conform with the pursuit of U.S. national interests. 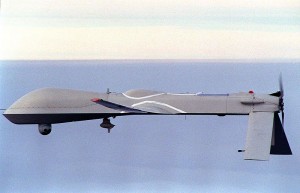 Institutionalization of anything entails a bias toward its indefinite continuation, and maybe even its expansion. This tendency has often been discussed regarding other government programs, sometimes with a tie-in to what is outside government.

The military-industrial complex about which Eisenhower warned, for example, represents a bias toward big defense expenditures and military operations to justify such expenditures. Likewise, it has often been remarked that creation of a bureaucracy to run domestic program X immediately creates a vested interest in favor of continuing and even expanding program X. Why should such tendencies not be just as likely to appear with an assassination program?

The Washington Post‘s story about the manual leads with the news not only that the manual is near completion but also that it will not be applied for a year or two to drone strikes in Pakistan. Thus what is considered short-term and exceptional is limited to what is going on now in Pakistan.

By implication and contrast, all of the other worldwide assassinations constitute something regular and long-term, and, so far as we know, limitless in both duration and geographic scope.

Lest we forget, it was not all that long ago that Americans and their presidents considered assassinations sufficiently contrary to American values that we should rule them out, as Gerald Ford, Jimmy Carter and Ronald Reagan all did by executive order.

What has changed since then to erase this determination? Oh, there’s 9/11 of course, although the unraveling of the prohibition on assassinations actually began (with Osama bin Laden in particular in mind) a few years before 9/11. And even if it were all about 9/11, why should the fact that one bunch of terrorists hit a high-casualty jackpot be a reason for us to change our thinking on this subject in such an apparently fundamental way?

Regarding morality, since this was originally a matter of consistency with American values, have our values really changed that much? Regarding legality, is there no limit to which that one resolution authorizing force that Congress passed in the emotional week after 9/11 be stretched in terms of either duration or geographic scope?

It is also interesting that this soon-to-be-completed document is referred to as a “playbook.” In football, a playbook is a very tactical manual that organizes the quick thinking that coaches and players have to do on each play. If you see the opponent lining up a certain way, you can draw on the playbook for a play that has a chance to work well over the next 30 seconds.

But the playbook doesn’t provide any help in bigger decisions with larger and longer term consequences, such as whether to leave your injured star quarterback in the game. Similarly, having a playbook on assassinations sounds like it is apt to be a useful guide for making the quick decision whether to pull the trigger on a Hellfire missile when a suspected terrorist is in the sights of a drone.

But it probably will not, as far as we know, be of any help in weighing larger important issues such as whether such a killing is likely to generate more future anti-U.S. terrorism because of the anger over collateral casualties than it will prevent by taking a bad guy out of commission.

By routinizing and institutionalizing a case-by-case set of criteria, there is even the hazard that officials will devote less deliberation than they otherwise would have to such larger considerations because they have the comfort and reassurance of following a manual.

Criticism about the standards for conducting the drone strikes has been not just about having clear criteria, but having criteria that are known to someone other than those in the executive branch who are carrying out the assassination program.

Sen. Ron Wyden, D-Oregon, to his credit, has led the complaining about this subject. In a recent letter to White House counterterrorism adviser (and CIA Director-nominee) John Brennan, Wyden noted that the legal justifications involved are still inaccessible not only to the public but even to the congressional intelligence committees.

So we have the worst of two different directions that administration of the assassination program could go. On one hand there is an institutionalization of the program that threatens to make it as firmly entrenched a function of the U.S. government as Social Security.

On the other hand is a continued opacity that precludes the kind of informed and meaningful debate that, because American values are involved, would be necessary to determine whether indefinite continuation of the program is something the United States really ought to do.

← New Hope for a Second Term
What to Make of Barack Obama? →