Evangelicals remain one of the principal obstacles to the full acceptance of gay Americans as people deserving equal rights and equal respect. But even in those religious circles, pressure from more tolerant Evangelicals especially the young is breaking down the barriers, Rev. Howard Bess writes.

American culture is moving rapidly toward full acceptance of gay people, but Evangelical Christians remain one of the last strongholds of anti-gay attitudes with the standard line among the Evangelical faithful still that the practice of same-sex sexual relationships is sinful.

Yet within Evangelical colleges, pro-gay student organizations are emerging and intolerance toward gays is ebbing. Though there are still too many Bible-misquoting Evangelicals, respected Evangelical scholars have stopped writing books about the Bible’s rejection of homosexuals. Many Evangelicals now admit that neither prayer nor reparative therapy can change sexual orientation. Reparative ministries and counseling centers have largely disappeared. 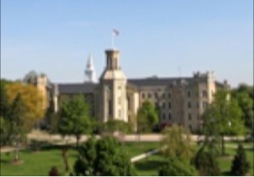 A scene of Wheaton College in Illinois.

At what may be the Evangelical flagship college in America, Wheaton College outside Chicago, there is now a thriving organization of Wheaton graduates putting pressure on the college to rethink issues related to sexual orientation. Membership now tops 500 and includes gay graduates and gay supporters.

I am one of those supporters though I am not gay. Wheaton College is my alma mater and I am proud to be a Wheaton graduate. I found Wheaton to be a home for a rigorous academic education, and Wheaton’s student body and faculty comprised the greatest group of people I have ever known. They were dedicated, hard-working and highly principled. To them, Christ was Lord; nothing else was so important.

Wheaton College was the birthplace of 20th Century Evangelicalism. Billy Graham was our most famous graduate. Its campus, nestled safely in Chicago’s west suburbs, was where I learned to think. I still wear a Wheaton College sweatshirt, and I still claim the Evangelical identification.

When I was a Wheaton student I pledged that I would not smoke, drink alcoholic beverages, dance, play cards or attend movies. During my time there, I kept the pledge faithfully, though I know believe the Wheaton pledge was on the wrong side of culture. Those old standards have long since disappeared, but behavior is still a matter of great importance at Wheaton College. In recent years, opposition to same-sex sexual behavior has become a leading issue.

When I was a student at Wheaton College, I was not aware of any gay classmates. That was the case until my 40th class reunion. Then, a female classmate came out of the closet. Now, I know there were others. The closet was closed tight in the 1950s. Not so today.

As in all movements, there appears a voice that speaks the mind of the entire movement. That voice belongs to Steve Slagg, a recent graduate of Wheaton. He has written an epistle to Wheaton College and it is a masterpiece of truth-telling with high emotion. He loved being at Wheaton, but his presence was a four-year experience of high-level stress.

In his story, Slagg wrote two words that force the issue. We exist! Those two words have become the slogan for gay students at Evangelical colleges all across the country. We exist!

While not recognized by the college, support groups for gay students now meet on or near the campus. So, a piece of the truth is now out in the open. There are a significant number of gay students on the campus of Wheaton College. The response of the Wheaton College administration has been conciliatory, but unyielding in its position that all same-sex sexual activity is wrong, wrong, wrong.

What is happening at Wheaton College is happening all across the country. Calvin College in Grand Rapids, Michigan, is another highly respected Evangelical institution. Calvin has been a bit more responsive to their gay students. Without relinquishing the stated policy about same-sex sexual behavior, the college provides open forums at which sexual orientation and practice is discussed. The school is attempting to welcome its gay students. Attitudes have become casual and for students it is no big deal.

At another leading Evangelical university, Seattle Pacific, the approach is a bit different. Recognizing the rising tide of acceptance for gay people among the nation’s youth, Seattle Pacific has an unofficial club called Haven. It has been organized by students and meets on campus, though it has been turned down twice for official recognition.

The University administration has been friendly, but an official embrace is not yet in sight.  A University official told a Christianity Today reporter that the school wants to make the University a safe place in which open discussion can take place. Across the nation from Westmont to Baylor to Cedarville, the word is out. We exist!

Evangelicals can no more resist full gay acceptance than Wheaton College could maintain its standards from 60 years ago of no card playing, no dancing and no watching movies.

← The Depressing ‘Zero Dark Thirty’
Mali and the Lure of Intervention →

9 comments for “Breaking Down Anti-Gay Dogma”