Regarding the “fiscal cliff,” a consensus is forming in Official Washington that a top priority must be elimination of automatic Pentagon “cuts,” with the word “draconian” much tossed around. But the planned reductions are really quite modest, as the Independent Institute’s Ivan Eland explains.

The strength of the military-industrial complex (MIC) was made readily apparent by President Barack Obama’s latest proposal to House Speaker John Boehner to avoid the fiscal cliff. Other than raising taxes on rich Americans, Republicans have been most horrified by the fiscal cliff’s cuts in defense spending. With Obama’s most recent proposal, Republicans can relax because even those vastly overstated cuts will be eviscerated.

Obama is only proposing $100 billion in defense reductions over a 10-year period from 2013 to 2022, a miniscule $10 billion per year, and that will thus be the ceiling on any austerity in defense. Obama’s capitulation on defense cuts merely illustrates the dirty little secret: Democrats, in addition to Republicans, have been long co-opted by the MIC. 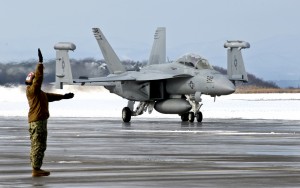 Going over the fiscal cliff would have cut defense $550 billion over 10 years, or $55 billion per year. So in the President’s latest proposal, defense cuts are only about 18 percent of what they would have been under the cliff’s automatic cuts.

But of course, even such “draconian” cuts, as the media has hyped them, were something of an illusion. In Washington speak, a budget reduction is usually not what the average person would call a cut. The average $55 billion cut was not from the level of the base defense budget of $552 billion in 2011 (the base budget does not include “emergency” supplemental spending for overseas military operations that have been going on for years); it was from the defense budget increased every year for inflation.

From 1990 to 1999, during the George H. W. Bush and Clinton administrations, after the Cold War ended, defense spending declined an average of 1 percent annually. Under the Obama proposal, however, even manageable fiscal cliff cuts would be reduced to less than a fifth of their previous level.

But after all, aren’t we still involved in a “war on terror,” even though Obama has discontinued his use of George W. Bush’s label for it? Since 2000, the inflation-adjusted defense budget has increased more than 50 percent. The United States now spends more on defense than it did at the height of the Cold War and what the next 14 or 15 countries (most of which are U.S. friends and allies) spend on defense combined.

Most of the defense increases since 2000 have had nothing to do with fighting terrorists. As both George W. Bush and Obama have shown, fighting terrorism can be done using relatively cheap human intelligence, unpiloted drones, and small teams of Special Forces.

As Bush and Obama have also shown, hundreds of billions of dollars can be wasted conducting nation-building wars, which only make the anti-U.S. terrorism problem worse by inflaming Islamists’ hatred from non-Muslim military forces occupying Islamic nations.

And then there are all of the high-tech weapons the Pentagon is still buying, which have little to do with even the low-tech nation-building wars. Some of these weapons, such as the Marines’ V-22 Osprey aircraft, were designed during the Cold War and have been in development and production ever since.

Instead of defending against the threat of a hegemonic great-power opponent, of which there is currently none, most of these high-tech weapons are designed to project power to police the American Empire. America can no longer afford this empire.

What is truly scary is that even if the United States went over the fiscal cliff, and thus got the maximum deficit- and debt-reduction likely, U.S. public debt still would rise from 69 percent of GDP in 2011 to 84 percent by 2035. The Obama proposal and the incipient budget deal will be much worse in these terms.

Other budget items, such as Social Security, Medicare, Medicaid and farm price supports, need to be significantly cut, but so does defense. A pathetic $10 billion a year just doesn’t cut it (enough). Here is a menu of seven possible ways to cut more from defense.

–Cut the number aircraft carriers in the fleet from 11 to 6 and reduce carrier air wings appropriately, which would save operations and support (O&S) costs and long delay the need to buy expensive new ships and aircraft.

–Cut Army division-equivalents from 10 to 5 (similar savings in O&S and new equipment).

–Cut Marine divisions from 3 to 1 (similar O&S and procurement savings).

–Cancel the F-35 for the Navy, Marines, and Air Force and instead upgrade current model fighters with new electronics.

–Cancel purchases of Virginia-class submarines, but provide some modest funding to keep the submarine industrial base warm.

Alas, however, the MIC would probably have success in nixing such much-needed reductions, as they have in beating back automatic defense cuts. To avoid the fiscal cliff, it looks like Obama and Boehner will instead slam straight into the mountain of rising debt.

← Kicking the Vietnam Syndrome
In Case You Missed… →

4 comments for “Bending to Military Contractors”