Israel and its apologists react in fury when anyone likens the oppression of Palestinians to South Africa’s white supremacist system of apartheid toward blacks, but the comparison is growing harder and harder to dispute, a disturbing reality that ex-CIA analyst Paul R. Pillar examines.

Several factors contributed to the demise of apartheid in the land where that term originated, South Africa. Inspired and timely leadership within South Africa was an important ingredient. But international agitation and pressure, based on a widespread sense of moral outrage, undoubtedly were also critical. The international response included unofficial boycotts and official sanctions, with great and lesser powers alike contributing.

International opposition to the most conspicuous current example of apartheid, Israeli subjugation of Palestinian Arabs, is not nearly as ubiquitous as opposition to the South African variety had become near its end in the early 1990s. But there are signs that it is growing. 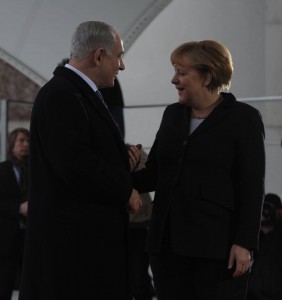 Organized efforts are aimed at boycotting products from settlements Israel has built in occupied territory in the West Bank. A recent noteworthy departure in the policy of a major power was Germany’s refusal to toe the Israeli line in a vote in the United Nations General Assembly.

To the extent that international opposition to Israel’s conduct toward the Palestinians may indeed be growing, there are good reasons. One is a realization that the Israeli version of apartheid is very similar in important respects to the South African version, and that moral equivalence ought to follow from empirical equivalence.

Both versions have included grand apartheid, meaning the denial of basic political rights, and petty apartheid, which is the maintaining of separate and very unequal facilities and opportunities in countless aspects of daily life.

Some respects in which Israelis may contend their situation is different, such as facing a terrorist threat, do not really involve a difference. The African National Congress, which has been the ruling party in South Africa since the end of apartheid there, had significant involvement in terrorism when it was confronting the white National Party government. That government also saw the ANC as posing a communist threat.

A fitting accompaniment to the similarities between the two apartheid systems is the historical fact that when the South African system still existed, Israel was one of South Africa’s very few international friends or partners. Israel was the only state besides South Africa itself that ever dealt with the South African bantustans as accepted entities. Israel cooperated with South Africa on military matters, possibly even to the extent of jointly conducting a secret test of a nuclear weapon in a remote part of the Indian Ocean in 1979.

The sheer passage of time probably has reduced the reluctance of some to confront Israel about its system of apartheid. As each year goes by, it seems less justifiable for horrors that were inflicted on the Jewish people in the past to be a reason to give a pass to whatever are the policies of the present day’s Jewish state no matter how oppressive those policies may be to another people.

Less than five years from now will be the 50th anniversary of the war that Israel launched and used to seize the West Bank and other Arab territory; maybe the half-century mark will be an occasion for even more people to observe that what exists in the occupied territories is a well-entrenched system of subjugation.

Meanwhile, the lock that Benjamin Netanyahu and his right-wing coalition have on Israeli politics provide frequent opportunities to see through obfuscatory rhetoric and perceive the intention to make that subjugation permanent.

Nonetheless, other factors will make it difficult to mobilize against Israeli apartheid anything like the international consensus that arose to confront the South African version. The European history linked with Zionism and the establishment of Israel still weighs heavily on this issue. Since the Balfour Declaration the concept of an exclusive national home for the Jewish people has been widely accepted, quite unlike anything ever bestowed on the Afrikaaners or white South Africans generally.

Related to that is the charge of anti-Semitism that is quickly injected into any significant discussion that questions Israeli policies. And related to that is the very large role that toeing the Israeli government line plays as political orthodoxy in the most important global power, the United States.

Some observers hopefully see signs that this orthodoxy may be weakening, pointing to indications such as resistance at the Democratic convention this summer to a resolution about Jerusalem. Perhaps if President Obama appoints, and gets confirmed, Chuck Hagel as Secretary of Defense in the face of the opposition that the Israel lobby is already cranking up, that will become another data point suggesting the harmful political orthodoxy may be weakening.

Another impediment to mobilizing against Israeli apartheid concerns the desired end-state of the Palestinian situation. Officially, even according to the Israelis, that goal is the two-state solution: separate states for Jews and Arabs. This makes the situation different from South Africa, in which the objective in dismantling apartheid there was always going to involve a one-state solution.

Israeli governments such as Netanyahu’s thus can continue to pretend to seek a two-state solution, treating the situation in the West Bank not as one of permanent subjugation but as only a temporary problem involving “disputed territory.” And if the ostensible goal is a Palestinian state, this inevitably muddies the issue of Palestinian rights and Palestinian life under Israeli rule.

Why get agitated about the details of the Palestinians’ lives today, the Israelis can say, when if the Palestinians just stop terrorizing and start negotiating they can have a state of their own? Indefinitely maintaining the illusion of wanting a two-state solution is a reason Netanyahu, despite the willingness of some in his party and coalition to let the cat out of the bag regarding their true intentions, has stopped short of steps that would clearly kill off the two-state solution.

That is why his recent “punishment” of the Palestinians involving expansion of settlements into the critical E1 zone involved the initiation of planning and zoning but may never lead to actual building.

Meanwhile, Israelis can keep muddling through, relying on their armed might and believing genuinely that they can maintain their superior position indefinitely. By cordoning off, and periodically clobbering, the patch of blockaded misery known as the Gaza Strip, Jewish Israelis can remain a majority in the rest of the land they control. That is not something that white South Africans could ever hope for.

The overall conclusion of this comparison between the two versions of apartheid is disconcerting. In any meaningful moral (or legal) sense, the Israeli system of apartheid warrants just as much active international opposition as the South African system did. But for a combination of historical and political reasons, it is substantially more difficult to mount such opposition.

There is also the problem of leadership. The current leadership situation on the Israeli side gives little reason for hope for responsiveness even if substantially greater international opposition could be mobilized.

But then again, it would have been hard to predict that F. W. de Klerk would have taken the historic steps he did. A Nelson Mandela on the other side would help, too. It’s hard to see one, but maybe Marwan Barghouti could play that role if the Israelis would let him.