After each mass slaughter usually inflicted by some high-powered assault rifle in the hands of a mentally unstable individual Americans search for some explanation, some way to make sense of the madness. That was especially true of the latest massacre of children in Connecticut, writes Michael Winship.

We’re spending a holiday season weekend at the home of friends in a small Connecticut town just a few miles up the road from Newtown.

Returning from the local store on Saturday, our friend Emily tells us that the talk there is of nothing but the killings; every customer seems to know at least one of the families devastated by the volleys of gunshots. The headline on the front page of The Danbury News-Timesis the single word, “Shattered,” in enormous type. 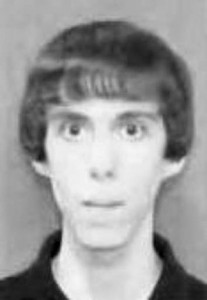 Adam Lanza, identified by police as the killer in the Newtown, Connecticut, grade school massacre who also took his own life.

At The Atlantic website, I read a piece by Edward Small, a reporter who attended the school in Newtown when he was a kid and I remember my own elementary school in a small town in upstate New York. In those days, the only emergency drills we ever had were the duck-and-cover alerts that sent us into the hallways or under our desks during the depths of Cold War hysteria; the only violence was getting shoved from behind by a bully, books and binder flying.

An attack like this new deadly assault would have been unimaginable at my school, not unimaginable like it was in Newtown until Friday but unimaginable, period — simply because I truly believe that back then it never would have happened.

There were plenty of guns around; deer hunters abounded and as baby boomers many of our fathers had served during World War II and returned home with firearms they kept hidden away.

(Mine didn’t have a gun but a small, ceremonial German dagger in a faux-ivory scabbard. He must have bought or traded for it. Dad was a pharmacist and had been a medical supply officer in the Army that dagger certainly wasn’t acquired in hand-to-hand combat).

Yes, there were problems and issues galore but no 24-hour news cycle battering viewers with the latest fresh bloodlettings, no video games inuring the young to bullets, bombs and psychosis, no Internet. I always wonder how those two killers of In Cold Blood fame found each other; now they would have met via Facebook.

Make no mistake, I’m as big an Internet and all-news-all-the-time aficionado as the next guy and I know I sound like the cranky old curmudgeon I’m rapidly becoming but it was different then.

Today, there’s almost one privately owned firearm for every person in America, more than any other nation. We have the highest rate of gun-related homicide in the developed world, almost 20 times that of 22 other “rich” countries.

There have been an estimated 31 school shootings in the United States since Columbine in 1999. As many as 100 bullets were fired in Newtown; last year, a total of 85 were fired at people by the police in all of Germany and 49 of them were warning shots. We will hear all these and other statistics in the days ahead and in a week or so they will fade until the next time. Unless this time we stand up and say no.

In his Atlantic article Edward Small wrote, “I spent all day reading the headlines and the body counts, but part of me is still waiting for the grand reveal that none of this really happened because how could any of it have really happened? How could the elementary school where I wrote my first story and got in trouble for calling Ross Perot a butthead also be the site of the nation’s second-deadliest school shooting?

“I can’t reconcile the memories I have of Sandy Hook School with the events of today. They simply aren’t the same place.”

I read the stories, too, and watch the never-ending TV “updates” that rarely add anything to what little we know. Then another story catches my eye from a newspaper in Michigan about two little boys in a small town, smaller than Newtown, smaller than my hometown, who went looking for crayfish in a nearby stream, the way little boys do, and found what they thought was an unusual rock. It turned out to be an ancient bone from a mastodon, some 13,000-14,000 years old.

“This has been a wonderful experience,” one of their mothers told the paper. “He’s been struggling in school and this has helped him with self-confidence and inspired him to learn more about science.”

I remember how we played and explored when we were young; how we found fossils, too, and sometimes an arrowhead, and I think of all those little kids now dead in Connecticut who will no longer have the chance to make discoveries like those, never imagine, never explore, never be inspired, never get older.

I put down the newspapers, turn off the TV and computer. Shattered.

Michael Winship, a native of Canandaigua, NY, is senior writer of the public television series Moyers & Company, and senior writing fellow at the non-partisan think tank Demos. For more, go to billmoyers.com.

11 comments for “Reflections on the Unimaginable”