Exclusive: When looking at the faces of the six-year-olds butchered in their Connecticut classroom, you should also see the faces of the politicians who pandered to the NRA and its obsessive opposition to commonsense gun control, the likes of Ronald Reagan and George H.W. Bush, writes Robert Parry.

New York Times columnist Nicholas D. Kristof offers a typical column reacting to the massacre of 20 school children in Newtown, Connecticut. He calls on politicians to show courage in standing up to the National Rifle Association, but he doesn’t seem to have the courage himself to identify the key political culprits in a three-decade-long pandering to the NRA’s clout.

There’s a reason for that. The vast majority of the politicians who have served as handmaidens to the NRA’s war on commonsense gun control are Republicans, including such icons as Ronald Reagan and George H.W. Bush. And it is routine for mainstream pundits, like Kristof, to avoid “sounding partisan.” 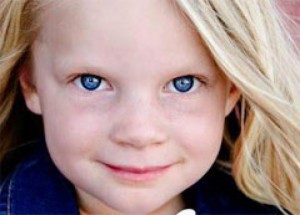 Emilie Parker, one of the victims of Friday’s murder rampage in Newtown, Connecticut.

So, it makes lots of career sense to wring one’s hands over the horrifying image of a deranged gunman slaughtering first-graders in their classroom and then spread the blame across the political spectrum while not pointing fingers at the politicians who have most enabled this sickening madness to continue.

After all, Reagan and Bush-41 are held in high esteem across Official Washington. MSNBC’s Chris Matthews has hailed Reagan as “one of the all-time greats,” and Bush-41 supposedly represents the good old days of Republican moderation.

But the reality is that the United States had begun grappling with its epidemic of gun violence in the 1970s by passing commonsense gun laws, and it was Reagan and Bush-41 who saw the political advantage in playing the tough-guy role and treating gun-control advocates as sissies.

Both Reagan and Bush-41 pandered to the NRA, recognizing and honoring its political muscle. Reagan, for instance, fawned over the NRA in a speech to a 1983 luncheon in Phoenix, Arizona. In doing so, Reagan displayed his patented technique of making crazy policies seem normal.

In the 1983 speech, Reagan praised the NRA’s defeat of California’s Proposition 15, which would have required the registration of handguns, limited the number of guns registered by each individual, and restricted mail-order and out-of-state purchases.

“You shocked California last November when you mobilized to send help and to down Proposition 15 and defeat it,” Reagan said. “You pointed out that police would be so busy arresting handgun owners that they would be unable to protect the people against criminals. It’s a nasty truth, but those who seek to inflict harm are not fazed by gun-control laws.”

Reagan also compared the NRA’s rejection of gun laws to the wisdom of Abraham Lincoln, telling the NRA audience: “You live by Lincoln’s words, ‘Important principles may and must be inflexible.’ The NRA believes that America’s laws were made to be obeyed and that our constitutional liberties are just as important today as 200 years ago.

Reagan continued: “But I believe we share the same goal, a strong America, carrying the banner of freedom and secure from threats to our domestic tranquility, economic well-being, and national security. No group does more to promote gun safety and respect for the laws of this land than the NRA, and I thank you.”

Reagan then mocked those who warned about the dangers of uncontrolled gun possession, saying: “We’ve both heard the charge that supporting gun-owners rights encourages a violent, shoot-em-up society. But just a minute. Don’t they understand that most violent crimes are not committed by decent, law-abiding citizens? They’re committed by career criminals.

Looking back on the past three decades, it should be obvious that Reagan was profoundly and tragically wrong. Many of the most notorious mass slaughters of recent years were inflicted by “law-abiding citizens,” that is people with little or no criminal records but with unchecked mental disorders.

Their easy access to high-powered and semi-automatic weapons allowed them to murder large numbers of people before they could be stopped. To suggest that the NRA has somehow helped “secure our domestic tranquility” is a sick joke.

But Reagan surely benefited from the staunch support of the NRA and gun owners when he swept to a landslide reelection in 1984. Those results were duly noted by Reagan’s Vice President George H.W. Bush who made opposition to gun control an important part of his 1988 campaign.

Bush’s opponent, Massachusetts Gov. Michael Dukakis, was a strong supporter of gun-control laws and Bush saw that as an opening. Bush accused Dukakis of wanting to disarm all private citizens. “That is not the American way,” declared Bush at one campaign rally. “I feel just the opposite.”

With Bush’s landslide victory in 1988 and with the well-meaning Dukakis dismissed as a hopeless “loser” the path was cleared for the NRA to rollback even modest gun-control laws, such as restrictions on assault rifles.

In 2008 on a 5-4 vote, right-wing justices on the U.S. Supreme Court placed there by Reagan, Bush-41 and George W. Bush overturned longstanding legal precedents that deemed “the right to bear arms” a collective right and transformed it instead into an individual right. That meant even local gun-control ordinances could be struck down.

In other words, Republicans and particularly Ronald Reagan and George H.W. Bush hold primary responsibility for the kinds of horrors that have claimed innocent lives in places like Newtown, Aurora, Tucson, Columbine, Virginia Tech and so many other locations whose names will long be associated with butchery.

While Kristof and fellow mainstream pundits may be right in noting that it’s time for all politicians to stand up to the NRA, they are wrong in spreading the blame equally. They should have the courage to tell the truth, that Reagan, Bush-41 and other Republicans have led the way into this national madness.

← Placing Blame for Gun Massacres
Reflections on the Unimaginable →

66 comments for “How the GOP Promoted Gun Madness”