Robert Parry’s new book, America’s Stolen Narrative, details how Republican treason became normalized through the actions of Richard Nixon, George H.W. Bush, Ronald Reagan and others, but it lets the Democrats off too easily, writes David Swanson at warisacrime.org.

How did right-wing politics in the United States survive the 1960s and 1970s and thrive beyond?  Not only did the wealthy invest in the corruption of politics, but the politicians invested in the normalization of treason.

When presidential candidate Richard Nixon sabotaged the peace process in Vietnam, President Lyndon Johnson privately called it treason and publicly kept his mouth shut. By the time Bush the Elder, also involved in that earlier treason, worked with Robert Gates and William Casey to sabotage President Carter’s efforts to free hostages in Iran, the normalization was well underway. 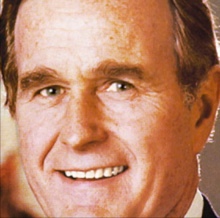 The corruption of Watergate involved not only no-holds-barred political thievery, but also Nixon’s fear that Daniel Ellsberg or the Brookings Institution or someone else had possession of a file detailing Nixon’s successful 1968 efforts to prevent the war on Vietnam from ending.

The Iran-Contra scandal that grew out of the U.S.-Israeli-Iranian plot to replace Carter with Reagan, and the Iraq-gate scandal that followed, witnessed a last fling of half-hearted pushback in Congress and the corporate media. Today such non-sexual scandals no longer end in -gate. In fact, they are no longer scandals.

Piling George W. Bush’s blatantly stolen elections onto the history of recent U.S. politics calls into question the ability of Republicans to get elected to national office without cheating. But the normalization of treason has been very much a bi-partisan affair.

Robert Parry, who runs the invaluable website ConsortiumNews.com, has a new book out called “America’s Stolen Narrative.” My recommendation is to immediately read this book from Chapter 2 through to the end.

The introduction and chapter 1 depict President Barack Obama as having nothing but the best intentions, glorify the American Revolution, argue in favor of a strong federal government, and defend the practice of requiring people to purchase private health insurance (a Republican idea in its origins, of course, although Parry has adopted it as Democratic and good).

Also, Chapter 3 takes a detour into arguing unpersuasively for lesser-evilism. If you’re into that sort of thing, knock yourselves out. But in my view such discussions muddle and belittle the significance of the rest of this tremendously important book.

The “stolen narratives” referred to in the title are the accurate accounts that Parry presents of the treasonous acts I’ve mentioned above. Parry is an investigative journalist who has unearthed powerful evidence of the crimes of Nixon, Reagan and others. Parry not only details the evidence but recounts the processes of coverup and distortion that the U.S. media has made its second nature.

The result of this history is, I’m afraid, far worse than Parry’s opening pages let on. Not only do Americans imagine that their politicians mean well when they do not, particularly in the area of foreign policy, but the United States has fundamentally accepted unlimited presidential powers.

Nixon’s crimes during his famous cover-up, and the far worse underlying crimes as well, have now been legalized and accepted. Presidents do not answer to Congress or the public or the Constitution or the Bill of Rights.

To a great extent, the people of our country have accepted temporary despots, and to a great extent our people falsely believe themselves powerless to act. They imagine the Left did something wrong through acting. This is part of how history must be explained when leaving out the fact that the Right has been cheating.

Parry’s account of Nixon’s undoing of peace in Vietnam, allowing for another four years of slaughter in Southeast Asia, is the best I’ve seen and alone worth the purchase of America’s Stolen Narrative.

Parry imagines what it might have meant, not only for peace in the world, but also for social justice and the “war on poverty” in the United States had Hubert Humphrey defeated Nixon. To the extent that Nixon’s successful electoral sabotage in 1968 opened the door to dirtier politics ever since, the damage can be multiplied.

Needless to say, that door was always somewhat opened. The Business Plot of 1933 was hardly less treasonous than anything Nixon did. Nixon’s go-between with the Vietnamese in 1968 was the widow of Claire Lee Chennault who had worked to provide China with U.S. planes, pilots and training to plan the firebombing of Japan and provoke Japan into the attack on Pearl Harbor.

Our false narratives still require the acceptance or glorification of all things related to World War II, but in fact one can see a bit of the husband in the widow Chennault. And then there’s the assassination of President Kennedy, which evidence suggests George H.W. Bush played a role in as in most of Parry’s post-1960’s narrative. But Parry’s case that we turned a corner toward a nastier political world with the Nixon presidency is a strong one.

The account of the Carter-Reagan October Surprise is also the best I’ve seen, in terms of the evidence presented and the background provided, including on the central role of the Israeli government. The same gang that hung President Carter out to dry for failing to free the hostages had earlier pressured him to bring the Shah of Iran to the United States, thereby provoking the fears of Iranians and the seizure of the U.S. Embassy.

The weapons shipments to Iran later grew into the Iran-Contra scandal, but common understanding of that scandal fails to trace it to its roots in the treasonous bargain that kept the hostages prisoners until the day of Reagan’s inauguration.

Parry devotes whole chapters to the history of corrupt manipulation by a couple of the dirtiest individuals in Washington: Colin Powell and Robert Gates. These two manage their heights of corruption and influence, in part, through their cross-partisanship. Democrats in Parry’s worldview seem to be largely battered wives failing to push back, failing to speak out, refusing to investigate or prosecute or impeach. True enough, as far as it goes.

But I think there is a great measure of complicity and outright expansion of bipartisan abuses that must be credited to the Democrats as well. An accurate understanding of exactly how evil some of our Republicans have been need not turn us into cheerleaders for the party of the current president, his record classifications, his groundbreaking secrecy claims, his record whistleblower prosecutions, his record levels of warrantless spying, his imprisonments without trial, his wars without Congress, his war-making CIA, or his “kill list” murder program.

Instead, an accurate understanding of how evil some of our politicians have been should move us to become, like Robert Parry, dogged pursuers of the facts that those in power seek to bury or beautify.

[Parry’s book is available in print here or as an e-book from Amazon and barnesandnoble.com.]

David Swanson’s books include War Is A Lie. He blogs at http://davidswanson.org and http://warisacrime.org and works as Campaign Coordinator for the online activist organization http://rootsaction.org. He hosts Talk Nation Radio. Follow him on Twitter: @davidcnswanson and FaceBook.