Official Washington can’t figure out how to have a meaningful discussion on critical foreign policy issues, like the alleged need for a stay-behind force in Afghanistan or rules for drone wars. Instead there’s a ginned-up scandal over Benghazi talking points, notes Independent Institute’s Ivan Eland.

For weeks and months, the foreign policy debate in the United States has focused on the non-issue of whether the Obama administration played politics with the attack on the American consulate in Benghazi, Libya.

Although the more important issue should be how to improve the security of diplomatic facilities in Libya, Republican and media focus has been on whether the administration played down the premeditated nature of the attack to look better during the election. 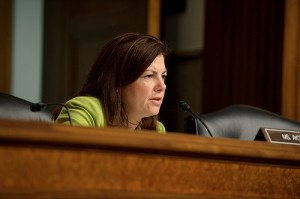 In the worst case (and the evidence is mixed here), that the administration engaged in such spin, so what? Is it any news that presidential candidates manipulate both perceptions and reality to get elected? Didn’t Mitt Romney change his positions on everything from abortion to health care in his unsuccessful candidacy for president?

The worst case of pre-election shenanigans in foreign policy may have been perpetrated by Republican Richard Nixon, who, when running for president against Democratic Vice President Hubert Humphrey in 1968, asked the South Vietnamese government to block an incipient U.S. peace deal with North Vietnam, because he promised to give them a better deal after he won the election. A peace deal ending the Vietnam War would have been a big boost to Humphrey. [For details, see Robert Parry’s America’s Stolen Narrative.]

After this near treasonous chicanery, it seems silly for Republicans to parse words with Democrats about whether the Obama administration should have called it a “terrorist attack” sooner instead of saying that extremists took advantage of a spontaneous protest. Again, who cares?

Shouldn’t the media, Republicans, Democrats, and really all Americans be more concerned with issues of security of the American homeland and plans to continue foreign wars that may compromise the former?

Ignored in the teapot tempest over Benghazi are news reports of plans for the United States to keep 10,000 soldiers in Afghanistan past the “withdrawal date” of 2014, including a counterterrorism force of 1,000 fighters and a continuing drone war in Afghanistan and Pakistan.

Most important, this counterterrorism force is likely to combat not only al-Qaeda but groups that don’t focus their attacks on the United States, for example, the Islamic Movement of Uzbekistan and Lashkar-e-Taiba, the Pakistani group that attacked Mumbai, India, in 2008. Making unnecessary new enemies has been a staple of post-Cold War U.S. foreign policy, and this fits right in.

In the same vein, the U.S. has made new enemies by targeting with drones al-Qaeda in the Arabian Peninsula (AQAP) in Yemen and al-Shabab in Somalia. Although it uses the name al-Qaeda, the former group was formerly focused on attacking the government of Yemen. Since the United States escalated its strikes against AQAP, the group has attempted to attack the United States three times, including using the underwear bomber to attempt to blow up a U.S.-bound flight to Detroit.

Gregory D. Johnsen, a journalist, who conducted on-the-ground interviews in Yemen and examined testimonies from al-Qaeda fighters, is convinced that civilian casualties from drone strikes are the main impetus for al-Qaeda’s rapid rise in that country. Although al-Shabab of Somalia has not yet targeted U.S. targets at home, significant numbers of Somali-American fighters, many from Minneapolis, who have gone to Somalia to fight with the group, could be used to retaliate in the United States for U.S. attempts to eradicate the group in Somalia.

Also, the use of drones raises important constitutional questions, especially in the cases of Yemen and Somalia. According to the post-9/11 congressional authorization of the use of military force, the president can use such force “against those nations, organizations, or persons he determines planned, authorized, committed, or aided the terrorist attacks that occurred on Sept. 11, 2001, or harbored such organizations or persons, in order to prevent any future acts of international terrorism against the United States by such nations, organizations or persons.”

The former categories would cover retaliatory attacks against the main trunk of al-Qaeda and the latter category would cover the Afghan Taliban, presumably anywhere in the world they were or migrated to, including Pakistan. However, the U.S. has run out of main al-Qaeda targets in Pakistan and has used drones to attack targets associated with the Pakistani Taliban, thus entering a constitutionally questionable zone.

Similarly, attacking militants who had no role in 9/11 in Yemen and Somalia is clearly unconstitutional because Congress has not authorized it. Although AQAP in Yemen and al-Shabab in Somalia are loosely affiliated with the main trunk of al-Qaeda, they are different organizations that had nothing to do with the 9/11 attacks and mainly focus their attacks on their respective governments, thus leaving them outside the congressional authorization.

According to The New York Times, Micah Zenko, a fellow at the Council on Foreign Relations who is a critic of the drone strikes, noted, “We don’t say that we’re the counterinsurgency air force of Pakistan, Yemen, and Somalia, but we are.”

Of course, the Bush and Obama administration lawyers would not have agreed with this straightforward analysis. In fact, at this writing, the Obama administration is still struggling, years after the drone war’s inception and after conducting 300 drone strikes that have killed 2,500 people, to find a firm legal basis to cover it all. That’s probably because it’s difficult to do.

Moreover, philosophically, within the administration, officials are still debating whether drone strikes should be used as a last resort against imminent threats to the United States or can be used more liberally to help allies attack their enemies or to stop guerrillas from holding territory.

This is a curious debate, because the administration long ago went far beyond merely nixing imminent terrorist threats to the United States. In fact, the widened U.S. efforts in Pakistan and Yemen do not necessarily even kill specific, named combatants (so-called personality strikes), but any gun-carrying person in areas held by militants (so-called signature strikes). In these dangerous countries, many people who carry guns are not extremists, which means these strikes risk a potential backlash against killing innocents.

The drone strikes are also ironic, because before the 9/11 attacks, the United States regularly condemned Israel for targeted killings of militants. Most countries believe such killings are a violation of international law. Even “targeted killings” is a euphemism for “assassinations.”

In Yemen, the U.S. has even assassinated Americans, including the famous Anwar al-Awlaki and his 16-year-old son, who was likely not even an Islamist militant, without a trial under the Sixth Amendment of the Constitution or any due process of law under the Fifth Amendment.

Since the adversaries know they are being attacked and these drone wars are in the media, calling these conflicts “covert” only allows the U.S. government to run wars without the necessity of congressional authorization. Thus, such efforts are merely a continuation of the president’s spurious constitutional claim, first used by Harry Truman in the Korean War, that the executive can take the country into an offensive war without congressional approval. Drone attacks make this constitutional abuse easier, because the probability of politically toxic U.S. casualties is reduced to near zero.

With so much to worry about in U.S. foreign policy, why do Republicans and the media continue to focus on the non-issue of Obama’s alleged Benghazi spin?

9 comments for “The Benghazi ‘Scandal’ Smokescreen”