Exclusive: On Saturday, a fire swept through a garment factory near Dhaka, Bangladesh, killing some 120 workers trapped behind locked doors. WalMart, one of the factory’s clothes buyers, quickly distanced itself from the tragedy, but WalMart’s profiting from sweatshops is a long-term pattern, writes Barbara Koeppel.

WalMart. STOP, PLEASE. It’s hard to hear how “troubled” you are, as you claimed on Monday, about the fire at the Tazreen factory that sewed your clothes. Or that the factory was “no longer authorized” to produce your merchandise. Or that you will “continue to work across the apparel industry to improve fire safety education and training in Bangladesh.”

This has to be hogwash from a company known for its tight control over production and prices. Or one that pushes its suppliers to the last penny (or the taka, in Bangladesh). 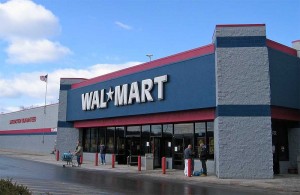 So another 120 workers, mostly women, who earn 20 cents an hour died last Saturday in a building where 1,000 worked and the fire extinguishers didn’t, and exits were locked.

WalMart, surely you dissemble. Just as in 1991, when you contracted with the Saraka garment factory in Dhaka to make your clothes, only one year after the plant had a fire killing 25 children, well covered in the news.

As I reported at Consortiumnews.com in April 2008, an NBC account said the child workers were locked in the factory until they finished each day’s production. Then as now, WalMart, you claimed ignorance.

Which brings us to Secretary of State Hillary Clinton, who sat on Walmart’s Board of Directors at that time. On Monday, the Secretary lectured that “the history of labor rights and unions in any developing society is always difficult” and that “there are strong forces that oppose workers being organized.” With keen insight, she even observed “we had this in my own country.”

And well she knows, having sat on the WalMart board for six years and precisely at the time the Saraka contract was approved. The company, until today, has successfully battled unions. Could she have WalMart’s history in mind?

Which next brings us to Fox Business pundit Charles Payne, who predicted on Monday that “I don’t think something like this will happen again.”  Apparently he was unaware that since 2006, 600 Bangladesh garment factory workers have died in fires. Or that another fire destroyed a garment factory the very same day he spoke just two days after the Tazreen blaze. Fortunately, no one died.

Lest some of Payne’s audience have qualms, he assured them that people in Bangladesh want and need these jobs from WalMart, Gap and other U.S. and European firms. Extending his logic, this must mean the families of those killed will be happy to get the $1,250 the Bangladesh Garment Manufacturers and Exporters Association has just offered.

Vermont Sen. Bernie Sanders tweeted that the Walton family (Walmart’s heirs) has more wealth than the bottom 40 percent of Americans. Well, he was a tad off: According to the Economic Policy Institute, it rose to 41.5 percent in 2010 (when the Waltons’ total wealth had climbed to $895 billion)

WalMart, can’t you spare a few more dimes for the Bangadeshi  heirs?

Perhaps Payne was also unaware of a mid-1990s poll of garment workers in the small island paradise of Mauritius, due south of Bangladesh which became a sweatshop haven. It found the women surveyed, who slept on the floor during their half-hour lunch break, said they couldn’t work past the age of 35. Why? Because they wanted to retire and enjoy life? Well, no. They were so exhausted they couldn’t imagine working any longer.

The fact is sweatshops are alive and well and thriving. To satisfy international lenders and garment factory investors, Mauritius banned the union and workers from striking. Despite this, the union and women launched an action and were hauled off to jail. Their offense? They wanted another 25 cents a day.

Secretary Clinton got her labor history right. It will take a long time. Just how long? If WalMart’s record is any indication, very long.

Until then, Asia’s garment workers can look to more fires and deaths and $27 a month paychecks.

Barbara Koeppel is a free-lance investigative reporter based in Washington DC.

4 comments for “WalMart’s Tears for a Tragedy”