The United States and Israel continue to oppose the UN granting the Palestinians recognition as a “non-member state.” But the objections seem increasingly farfetched, as even Hamas has shown a more moderate side in endorsing this modest proposal, notes ex-CIA analyst Paul R. Pillar.

What is one of the first things Hamas does when it is fresh off standing up against an Israeli assault and widely perceived to have gained ground politically at the expense of its intramural rival, Mahmoud Abbas’s Palestinian Authority? It voices support for Abbas’s effort to get his organization’s status at the United Nations upgraded from observer to “non-member state.”

Given the way Hamas is routinely suspected and reviled in some quarters, this move is sure to give rise to explanations that are convoluted and conspiratorial, that what Hamas is saying is a ruse, or is just a tactic for harassing Israel, or is a step toward shoving the Palestinian Authority aside while Abbas is down. 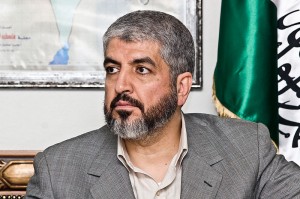 The explanation that is simple and straightforward, and ought to be obvious, is much more likely to be accurate: that Hamas supports the creation of a Palestinian state alongside the state of Israel, and that diplomacy is the preferred way to achieve that goal. That’s all that anyone who endorses Abbas’s initiative at the U.N. is signing up to.

And it is what everyone with a hand in this long-running conflict, including Israel, the Palestinians, the Quartet and the Arab League, claims to support. The Hamas spokesman said that his organization supports any political gains that Abbas can make at the U.N. “without causing harm to the national Palestinian rights.”

Although some saw this position by Hamas as surprising, there is no reason for any surprise. Hamas has repeatedly made clear that it will support the establishment of a Palestinian state limited to the 22 percent of the mandate of Palestine that would be represented by the 1967 borders, provided that such a settlement is approved by a majority of Palestinians in a referendum.

The land swaps that are generally recognized as being necessary to accommodate some of the facts that Israel has established on the ground since 1967 represent a small step from that formula, as long as the 1967 borders are taken as the starting point for any such trades.

And yet the government of Israel, and Americans who sing that government’s tune, and much of the American media habitually describe Hamas and the objectives of Hamas as something much different. The usual formula is something like “Hamas is dedicated to the destruction of Israel.”

Attempts to substantiate such a description often point to Hamas not having formally recognized Israel and its right to exist. Well, it hasn’t, but neither has Israel recognized any right of Hamas to exist (even after Hamas won a free all-Palestinian election).

Not only that, but Israel has done everything it can to try to squeeze Hamas out of existence, going to the extreme of collectively punishing the population of the Gaza Strip in an unsuccessful effort to do so. It is Israel that appears to be dedicated to the destruction of Hamas. Why should Hamas be expected to bestow the first recognition, gratis, under such circumstances?

One also often hears that all Hamas is offering is a hudna or truce, rather than a commitment to a final settlement. That will be a distinction without a practical difference. The agreement that ended the Korean War 59 years ago is only a hudna, but that peace has held even though the regime north of the armistice line is far more erratic, illegitimate, and downright scary than Hamas.

Besides, anyone can see, and Hamas’s leaders are not dummies, that Israel, the strongest state in its region, is here to stay no matter what its borders. Even if the most extreme, negative assumptions about Hamas’s intentions and objectives were true (and they very likely are not), being part of (or even being the ruling party in) a Palestinian state in that 22 percent would not bring it any closer to being able to destroy or even undermine Israel.

Instead, it would have that much more to lose from the certain retaliation if it were to renege on an agreement that finally established the long-sought Palestinian state.

An upgraded status for Palestinians at the United Nations merely levels somewhat the diplomatic playing field for the bilateral negotiations that will still be needed to bring a real Palestinian state into existence, as well as reconfirming the objective that everybody involved says they share. It would thus be a positive step.

Don’t just listen to what Abbas or Hamas say on the subject. See what former Israeli diplomat Yossi Beilin, who helped to craft the Oslo accords, says about it. See also the statement on the subject by Gro Harlem Brundtland, who was the Norwegian prime minister at the time the accords were negotiated, and Jimmy Carter, who based on his past experience also knows a thing or two about Arab-Israeli negotiations.

The organization that is continually accused of not wanting a peaceful diplomatic settlement will have signed on to a process aimed at moving toward such a settlement and giving it additional multilateral approval. It will be its chief accusers who fail to do so.

← The Humiliation of Bradley Manning
WalMart’s Tears for a Tragedy →