With President Obama’s reelection, prospects for progress in Middle East disputes have brightened but no one expects the resolution of crises in Syria, Iran, Israel, Palestine and elsewhere to be easy. An offhand remark by a Palestinian leader shows how complex some issues remain, says ex-CIA analyst Paul R. Pillar.

Palestinian Authority President Mahmoud Abbas received attention the other day with a remark about the possible return of Palestinian Arabs to Israel. He was asked in an interview whether he wanted to return to the town in the Galilee region where he grew up and from which he had been driven as a 13-year-old during the war in 1948 that accompanied the establishment of Israel.

Abbas replied that he would like to visit the town but not live there. Although he described himself as a refugee, he referred to the boundary that lasted until a later Arab-Israeli war in 1967 and said that Palestine is on one side of that border and Israel is on the other. 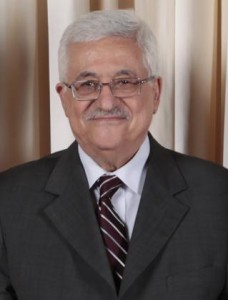 The comment, despite being an apparently unscripted answer to an interview question, was seized on in various quarters as a significant concession on the longstanding issue of “right of return.” Some Israelis hopeful of meaningful peace negotiations, including President Shimon Peres, lauded Abbas’s remark.

Abbas’s Palestinian rivals in Hamas denounced his comment, saying he had no right to make such a “concession” on behalf of the Palestinian people. Both sorts of reactions vastly overstated the significance of the remark.

Abbas hasn’t really made any formal concessions on this issue. The official Palestinian position is still that there is a right of return, but when commenting at other times about the right of return Abbas has shown himself to be realistic.

He has observed that if all the Palestinian refugees and their descendants, now numbering several million, were to return to Israel that would effectively destroy Israel, and he has no desire to do that, wanting instead to live alongside Israel. He has also appropriately questioned how many Palestinians would want to go back to live in their old home towns. Many say they would in principle, but if the reality would be to live as a minority in the Jewish state, most would have preferences similar to Abbas’s own.

What the reactions to Abbas’s comment illustrate, besides an overplaying of the comment itself, is a common tendency to confuse a position maintained for bargaining purposes with some kind of intractable bottom line demand. Some elements may have an interest in promoting such confusion, such as in this case Hamas, which tried to use the issue as a stick with which to beat Abbas. Partly because of such promotion, others may genuinely but mistakenly believe that a negotiating position is a rigid demand.

In any conflict with multiple major issues in dispute, and that is certainly true of the conflict between Israelis and Palestinians, it behooves each side not to make concessions even on issues on which it is willing to concede until and unless it gets something in return on other issues.

Everyone concerned has long realized that a reasonable resolution of the issue of right of return would be some formula that lets Palestinians claim the right has been recognized but that involves only a symbolically small number, no more than a few thousand, actually moving to Israel, perhaps with monetary compensation provided to the rest.

Palestinian leaders, however, would be foolish to offer such a formula without getting anything on other issues of concern to them, including borders and the status of Jerusalem.

Similar situations arise all the time, including on other matters of concern to Israel. Why should Hamas, for example, make unilateral concessions involving something such as recognition of Israel if it does not get in return something as basic as recognition of Hamas?

On that all-preoccupying matter involving Iran’s nuclear program, the Iranians have given ample indication of flexibility on restricting their enrichment of uranium and on much else. But they would be foolish to make unilateral concessions with no prospect of getting anything in return on matters of importance to them.

When someone seems to be adhering to a position that ought not to be a vital interest to them, we should not make the mistake of interpreting this as a mark of obduracy and unreasonableness. More likely it means they are willing to bargain.

← Did Netanyahu Seek War with Iran?
A Great Night for US Democracy →

4 comments for “A New Day for Mideast Negotiations”