For the past year, Mitt Romney has been charting new territory when it comes to running a mendacious presidential campaign, drawing complaints from his Republican rivals as well as Democrats and media fact-checkers. Now, his distortions are prompting complaints from two major corporations, notes William Boardman.

When presidential rivals call each other liars or something close, that’s nothing new but it’s much more unusual for a major American corporation to challenge the honesty of a presidential candidate just days before an election, let alone for that to happen twice in one week.

Yet, that’s what confrontedRepublican presidential nominee Mitt Romney when he sought to undercut President Barack Obama’s advantage over the auto bailout, especially in Ohio and Michigan, by suggesting that many of those manufacturing jobs were headed to China. 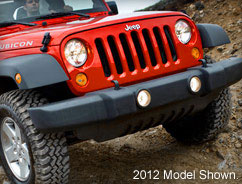 The catalyst for these sharp corporate reactions came in Defiance, Ohio, on Oct. 25, when Mitt Romney told a campaign rally: “I saw a story today that one of the great manufacturers in this state, Jeep, now owned by the Italians, is thinking of moving all production to China.”  [emphasis added]

However, that was not true. The Bloomberg News story stated: “Chrysler currently builds all Jeep SUV models at plants in Michigan, Illinois and Ohio. [Chrysler] referred to adding Jeep production sites rather than shifting output from North America to China.” [emphasis added]

Chrysler executive Gualberto Ranieri responded promptly to Romney campaign comment with a blog statement that used  italics for emphasis: “Let’s set the record straight: Jeep has no intention of shifting production of its Jeep models out of North America to China. A careful and unbiased reading of the Bloomberg take would have saved unnecessary fantasies and extravagant comments.”

Ranieri called Romney’s conclusion “a leap that would be difficult even for professional circus acrobats.” Romney neither responded not retracted the comment.

Instead, on Oct. 28, the Romney campaign came out with a television ad that kept pushing the story, with more carefully crafted language but still fueling the controversy. Firedoglake reported that the ad is “so false that, as you can see by the title of the video, it’s posted on youtube by people opposed to Romney.”

Next, Chrysler CEO Sergio Marchionne went public on Oct. 30 in a lengthy email that began:  “Chrysler Group’s production plans for the Jeep brand have become the focus of public debate. I feel obliged to unambiguously restate our position: Jeep production will not be moved from the United States to China.”  [emphasis added]

After mentioning specifics of Chrysler’s production infrastructure, Marchionne concluded his email by saying: “Jeep assembly lines will remain in operation in the United States and will constitute the backbone of the brand. It is inaccurate to suggest anything different.”

Romney and his campaign have declined to discuss the Jeep statement on the record, despite repeated questions from reporters. Romney continued making variations of his initial claim in stump speeches, and his campaign issued a radio ad that went further, and claimed General Motors (GM) was also shipping jobs to China:

“Under President Obama, GM cut 15,000 American jobs, but they are planning to double the number of cars built in China, which means 15,000 more jobs for China. And now comes word that Chrysler plans to start making Jeeps in, you guessed it, China.”

“The ad is cynical campaign politics at its worst,” said General Motors spokesman Greg Martin:  “We think creating jobs in the U.S. and repatriating profits back in this country should be a source of bipartisan pride.”

GM spokesman Martin also said: “We’ve clearly entered some parallel universe during these last few days. No amount of campaign politics at its cynical worst will diminish our record of creating jobs in the U.S. and repatriating profits back to this country.”

By Oct. 31, the Denver Post joined other newspapers around the country, including the Toledo Blade, the Cleveland Leader, the Youngstown Vindicator and two Detroit papers criticizing Romney for “falsehoods and half-truths” (Denver), “blatant lies” (Cleveland), and “[making] things up out of whole cloth” (Youngstown).