From Journalist Robert Parry: If you buy a copy of my new book, America’s Stolen Narrative, through the Consortiumnews.com Web site, a portion of each sale will go to support our investigative journalism.

America’s Stolen Narrativeis subtitled “From Washington and Madison to Nixon, Reagan and the Bushes to Obama.” The book’s opening chapter challenges the Tea Party misinformation about what the Framers were doing when they scrapped the states’-rights-oriented Articles of Confederation in favor of the Constitution. 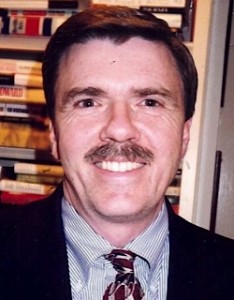 The book also reveals new historical evidence showing how Richard Nixon’s “win-at-all-cost” political tactics became the playbook for the modern Republican Party and why Democrats have shied away from the hard work of accountability when faced with GOP crimes.

America’s Stolen Narrative rewrites the history of the latter years of the Vietnam War and explains why Nixon started his infamous “plumbers” unit, which later got caught at Watergate. The book then traces how Nixon’s playbook of dirty tricks was passed down through the years of Ronald Reagan, the Bushes and now the Tea Party.

The survival of Consortiumnews.com is also important to the book because it refers readers to documents that exist at our Web site and, in many cases, no place else in the public domain.