Mitt Romney and the right-wing media keep drilling ever deeper in hopes of striking a political gusher from the deaths of four U.S. diplomats in Libya last month. But the desperate search for a “cover-up” continues to come up empty, writes William Boardman.

News bubbles are essentially the same as housing bubbles, stock bubbles or tulip bubbles the longer they last, the more detached they become from recognizable reality. Like any other bubble, the current Benghazi news bubble started growing when a few people with a self-serving agenda decided to inflate the importance of something that does not have anything like the value that they claim it has.

For instance, former Bush White House aide Ron Christie went on MSNBC’s “The Ed Show” on Oct. 18 and said, “I think this is a cover-up, I think this is more significant than Watergate no one died at Watergate.” 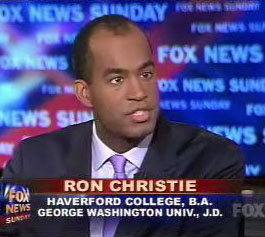 Yet, if the administration’s handling of the Benghazi attack is a cover-up more significant than Watergate, then what is being covered up? Sean Hannity launched the cover-up meme on Sept. 20 on Fox News, without explaining exactly what was being covered up or why, just that it would somehow help the President’s re-election.

On June 17, 1972, the first day of Watergate, the issue was clear: burglars caught at Democratic headquarters were connected to the Nixon Administration, so inquiring minds wanted to know: what was the nature of that connection? The unfolding of Watergate was fact-driven, slow, painstaking and long. But the crimes were real. [Nixon was essentially trying to rig the American democratic process through a system of dirty tricks and illegal spying.]

By comparison, the Benghazi bubble is political fast food, all over-heated conclusion without any of the intellectual nutrition of logic, honesty, basic facts, or good-faith arguments.

Romney: Wrong from the Start

Mitt Romney said, in a prepared statement the night of the Benghazi attack: “It’s disgraceful that the Obama administration’s first response was not to condemn attacks on our diplomatic missions, but to sympathize with those who waged the attacks.”  This is documentably wrong.

Romney was wrong if the “first response” he meant was the Cairo embassy statement condemning a YouTube video insulting “the religious feelings of Muslims,” because that statement preceded any violence in Egypt or Libya.

Romney was wrong insofar as his statement implies that attacks on the religious freedoms of Muslims are appropriate national policy and should not be condemned.

Romney was wrong insofar as he implied that all Muslims are enemies of America by claiming that the embassy statement had sympathized with “those who waged the attacks” (which hadn’t happened when the embassy issued its statement, and were going to be in a different country).

Romney was wrong if he was unable or unwilling to make the distinction between the routine communication of an Egyptian embassy seeking to head off difficulty by responding locally to local conditions (before the attack in a different country) and the actual “administration’s first response” by the Secretary of State (after the attack in Libya).

Romney was wrong on the substance if the “first response” he meant was Secretary of State Hillary Clinton’s first response that began: “I condemn in the strongest terms the attacks on our mission in Benghazi today.”  (Romney issued his mistaken statement almost simultaneously with Clinton’s.)

Romney, whose foreign policy credentials are shaky at best, was wrong to issue any inflammatory statement in the midst of a developing confrontation, especially when he had no grasp of the facts.

Romney was wrong, and profoundly un-presidential, to make a divisive attack on the President in the midst of an uncertain national security situation that could have gone critical. His statement put his personal political agenda ahead of the national interest.

Whether Romney’s demagoguery is a reflection of incompetence or simply lying for his own short-term gain doesn’t change how wrong he was.

At the end of the Benghazi kerfuffle during the Oct. 16 debate, moderator Candy Crowley said to Romney, referring to President Obama: “He, he did call it an act of terror. It did as well take, it did as well take two weeks or so for the whole idea there being a riot out there about this tape to come out. You are correct about that,”

She was right about the “act of terror” usage, but not so much about the “riot,” though it’s hard to tell just what she means with her garbled syntax. Since she’s affirming Romney, one can infer that she’s agreeing with his false assertion that “there was no demonstration,” only a terrorist attack. In fact, it appears, from local reports, to have been both at once.

Committed conspiracy theorists tie themselves in knots trying to make the case for some conspiracy of some sort, such as Forbes taking the New York Times to task for figuring out the complexity of the event within a day but not sharing it with their readers immediately. The offending and messy reality, as reported by the Times on Oct. 15, is wholly consistent with the breaking news coverage on television:

“To those on the ground, the circumstances of the attack are hardly a mystery. Most of the attackers made no effort to hide their faces or identities, and during the assault some acknowledged to a Libyan journalist working for The New York Times that they belonged to the group. And their attack drew a crowd, some of whom cheered them on, some of whom just gawked, and some of whom later looted the compound.”

The office off the Director of National Intelligence issued a somewhat clarifying statement on Sept. 28 that did little more than confirm what was immediately obvious from the first-day news coverage: that the attack was organized “by extremists.”

The statement went on to clarify the uncertainty of the intelligence community: “It remains unclear if any group or person exercised overall command and control of the attack, and if extremist group leaders directed their members to participate.”

Almost six weeks after the event, reporters and Republicans are still having trouble holding two separate ideas in their minds at once: that people in Benghazi were demonstrating against an insulting movie and that among them were “extremists” who planned and carried out the attack.

The Associated Press on Oct. 19 quoted an unnamed intelligence official to the point: “it was clear a group of people gathered that evening” in Benghazi, but that the early question was “whether extremists took over a crowd or they were the crowd.” It would be no comfort if the intelligence community believes that these are somehow mutually exclusive possibilities.

Geopolitically, the Sept. 11 events in Benghazi are unimportant. They are “a bump on the road,” as President Barack Obama said with unfortunate insensitivity to those who were killed.  Benghazi has come to function as something of a Rorschach blot on which people can project any meaning they want it to have.

This works because Benghazi is both obscure and well-situated in the present turbulence of the Arab world, just as Quemoy and Matsu were fundamentally unimportant islands situated with powerful symbolism between Taiwan and mainland China, providing debate fodder for John F. Kennedy and Richard M. Nixon during the 1960 election.

The politically driven media circus over who said “act of terror” first (Obama beat Romney by eight days) and other meaningless minutiae blurs a larger picture that is much more encouraging, especially for the future of a stable, democratic Libya.

Republicans have falsely claimed that Ambassador Chris Stevens’s body was dragged through the streets of Benghazi (Sean Hannity on Fox News) and that the ambassador was raped before he was murdered (Washington Times), in service to the root-for-American-failure narrative that U.S. foreign policy is “unraveling” (Paul Ryan in Toledo Oct. 8). In the spring of 2012, Republicans tried an “Obama Lost Egypt” meme, to no effect.

One of the more temperate and reliable observers of the Middle East is professor Juan Cole, whose Informed Comment blog offers a more realistic view of Libya as a country struggling to make the transition to a functional democracy. Among the hopeful signs in Libya in contrast to the Benghazi attack:

“America’s approval rating among Libyans is 54% as of August (higher than Romney or Obama’s approval ratings among Americans). The new National Congress speaker in Libya has been working for a democratic Libya for more than 30 years. The Libyan military came to the rescue of American diplomats and the Libyan government denounced the attack and the attackers.

“Libya’s religious leader, the Grand Mufti, issued a fatwa against those who killed American diplomats and Libyan guards. He also condemned the offensive movie. On September 21, Libyans in Benghazi responded to the attack with a massive pro-American demonstration estimated at 30,000 people (Benghazi is a city of about 650,000 and the consulate attackers numbered about 100). After the ‘Rally to Save Benghazi,’ marchers attacked the bases of the militia accused of the consulate attack and drove militia members away.

“Libya has quietly embarked on a democratic change of government, voting out one prime minister on September 12, voting in a new one October 14, Ali Zeidan. A human rights lawyer and career diplomat, who will soon form a new government, Zeidan stated that: ‘The security file will be my top most priority because all the problems that Libya suffers from stems from security issues. The government will be an emergency government to solve the crises that the country is going through.’

Whatever the explanation for the Obama Administration’s confused handling of the Benghazi aftermath, it almost surely was not an attempt to cover up this kind of progress in a former police state. Yet Republicans continue their attacks and claim a cover-up of something. Another variation appeared in an Oct. 19 column by Patrick Buchanan, who was himself hip deep in Watergate, but escaped prosecution.

At the comic and inconclusive congressional hearing on Benghazi on Oct. 9, Republicans failed to come up with anything remotely resembling a smoking gun, actually or metaphorically. The only serious congressional commentary, largely ignored by the media, was Rep. Dennis Kucinich, D-Ohio, challenging the legality and even more so the wisdom of the U.S. role in the world: “We want to stop attacks on our embassies? Let’s stop trying to overthrow governments.”

But who wants to pursue that question when there’s a chance to argue ad nauseam, but pointlessly about the difference between the meaning of an “act of terror” and an “act of terrorism,” without bothering to define either one?

Maybe they’ll figure out a way to try to blame the President for that, too.

11 comments for “Dry Well of the Benghazi ‘Cover-up’”