Exclusive: The conventional wisdom has spoken: Mitt Romney trounced Barack Obama in the first debate. But there was a squirrely sneakiness to Romney’s behavior as if Eddie Haskell from “Leave It to Beaver” had grown up and somehow won the Republican presidential nomination, writes Robert Parry.

In the first presidential debate in 2000, Democratic nominee Al Gore famously sighed in frustration over the ill-informed comments from Republican nominee George W. Bush and the national press corps went wild saying that Gore’s sighing proved that he was an obnoxious know-it-all. Gore also insisted on getting time to counter Bush’s misstatements, showing how pushy the Vice President was.

Obviously, other factors contributed to the debacle of Election 2000 when Gore’s narrow victory was overturned by five Republican partisans on the U.S. Supreme Court but one of the reasons Gore’s popular vote margin was only about 500,000 was that key journalists made Gore their whipping boy to “prove they weren’t liberal.” 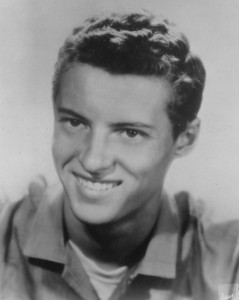 So how did that work out? At the end of Bush’s know-nothing rule, hundreds of thousands of Iraqis and Afghans were dead along with thousands of U.S. troops; the U.S. economy was in freefall; millions of Americans were losing their jobs and homes; the federal budget had gone from surpluses to $1 trillion-plus deficits; and serious threats to the future, like global warming, were ignored.

I was reminded of that history when I watched the instant analysis now congealed as conventional wisdom that Mitt Romney was the decisive winner over Barack Obama in the first presidential debate of 2012. Yet, Romney had presented all the oily charm of Eddie Haskell, the sneaky sidekick on the “Leave It to Beaver” show of the late 1950s. The GOP nominee offered one squirrely prevarication after another.

With his eyes blinking and his weight shifting, Romney even mixed in an insult comparing the President’s honesty to Romney’s five sons repeating falsehoods hoping they would eventually pass as true. In other words, behind his forced smile, Romney was cleverly shielding his own lies behind the preemptive attack of telling the American people that the other guy was the liar.

It seems that Eddie Haskell has grown up and he is Mitt Romney.

Yet, the fury, including from liberal commentators on MSNBC, rained down on Obama for not countering all Romney’s lies aggressively enough in real time. Obama did challenge Romney’s reinvention of his 20 percent tax cut as not really a tax cut and the Republican’s insistence that his health-insurance plan covered people with pre-existing conditions when it really doesn’t. But apparently Obama wasn’t loud and forceful enough.

Few of the instant analysts did what economist Paul Krugman did in a column in Friday’s New York Times. He deconstructed Romney’s deception about his health-insurance proposal. Romney claimed that “No. 1, pre-existing conditions are covered under my plan.”

Krugman wrote: “No, they aren’t, as Mr. Romney’s own advisers have conceded in the past, and did again after the debate. Was Mr. Romney lying? Well, either that or he was making what amounts to a sick joke. Either way, his attempt to deceive voters on this issue was the biggest of many misleading and/or dishonest claims he made over the course of that hour and a half.

“Yes, President Obama did a notably bad job of responding. But I’ll leave the theater criticism to others and talk instead about the issue that should be at the heart of this election.

“So, about that sick joke: What Mr. Romney actually proposes is that Americans with pre-existing conditions who already have health coverage be allowed to keep that coverage even if they lose their job, as long as they keep paying the premiums. As it happens, this is already the law of the land.

“But it’s not what anyone in real life means by having a health plan that covers pre-existing conditions, because it applies only to those who manage to land a job with health insurance in the first place (and are able to maintain their payments despite losing that job). Did I mention that the number of jobs that come with health insurance has been steadily declining over the past decade?

“What Mr. Romney did in the debate, in other words, was, at best, to play a word game with voters, pretending to offer something substantive for the uninsured while actually offering nothing. For all practical purposes, he simply lied about what his policy proposals would do.”

Yet, instead of doing what Krugman did, i.e., expose one of Romney’s cruel deceptions especially cruel to Americans with pre-existing conditions if Romney wins and lets the insurance companies return to the status quo ante, pre-Obamacare the American pundit class piled on Obama.

With the exception of Rev. Al Sharpton, the panel of MSNBC “liberal” show hosts hammered away at Obama’s low-key performance and barely mentioned Romney’s hyper-activity as he shape-shifted himself from a “severely conservative” fellow into a caring guy whose harsh proposals have just been grievously misunderstood.

Romney even jumped in to act as a surrogate debate moderator, elbowing aside Jim Lehrer who curiously saw his job mostly as cutting off President Obama from giving answers while letting Romney ramble all the better to soften Romney’s threat about zeroing out PBS funding.

Which brings me back to Al Gore’s sighing. Was that really more important than what Gore was sighing about, i.e., the fact that the Republican Party had nominated someone who simply didn’t have the knowledge and experience to handle the extraordinarily complex and dangerous job of being the U.S. president?

Often, goofiness captures the U.S. political process, as it did in 2000 and did again on Wednesday night. Electing a president is turned into a fun game of playing theater critic or stand-up comedian, rather than the harder job of evaluating the mettle of the candidates who could step into the Oval Office.

Often, too, people with influence over the outcome indulge their own narrow interests. Pundits and reporters seek to boost their careers by grabbing some centrist “credibility”; activists insist on perfection to the exclusion of reality; voters view their ballot as a way to express their feelings.

Yet, what is at stake in the election of a U.S. president is the possible extermination of all life on the planet. So, the first question to be asked and answered is: Do you want to give this person the nuclear codes?

And, even if the person is not likely to stumble into nuclear annihilation, the second question must be: How will this person handle the very powerful U.S. military? Will there be unnecessary wars that inflict unnecessary death and destruction?

A third question is: What will this possible president do regarding longer-term existential threats like global warming? Then, of course, there are important questions about the federal role in shoring up the economy and protecting vulnerable citizens.

Based on your experiences and ideologies, there will be different answers to these questions and no answer is guaranteed to be right. Like all hiring decisions, there are many unknowns in the election of a president. But it doesn’t help when the press corps joins in the silliness.

Yeah, sure, President Obama could have been tougher, but didn’t the pundits notice that Mitt Romney was behaving like he forgot to take his Ritalin? There was a frenetic weirdness, something approaching instability, to his performance. Not to mention the repeated lying and misrepresentations.

After the debate and before I heard the instant analysis my primary thought had been: Do the American people really want to turn over the nuclear codes to that guy? And, as popular as the “Leave It to Beaver” show was, do they want to invite Eddie Haskell into their homes the next four or eight years?