When President Obama took office, he retained George W. Bush’s military high command and then let himself be trapped into an expanded counterinsurgency war in Afghanistan. But the strategy isn’t working and the current prospect is for an eventual Taliban resurgence, writes ex-CIA analyst Paul R. Pillar.

Perhaps it is not surprising how little mention the counterinsurgency in Afghanistan has received in this year’s election campaign, as reflected in Mitt Romney not even noting it in his acceptance speech at the Republican convention.

The challenger is not resting his campaign on foreign policy, and he evidently does not have in mind a policy on Afghanistan that would be an alternative to that of President Obama. Nonetheless, there still is a war going on there, in which Americans are still dying (about 2,000 to date). Whoever is elected president will face the leadership task of getting the American people to come to terms with an ugly reality in Afghanistan. 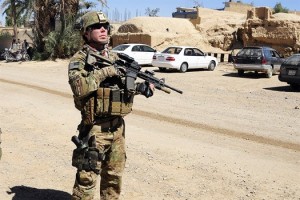 A good aid in preparing for that task is a new paper by Gilles Dorronsoro of the Carnegie Endowment for International Peace. Dorronsoro’s bad news is encapsulated in his judgment, “The coalition can no longer defeat the Taliban, which will remain a political and military power in Afghanistan for the foreseeable future.” He believes the current Afghan regime “will most probably collapse in a few years,” with the Taliban poised to assume power over most if not all of Afghanistan.

Many will no doubt take exception to Dorronsoro’s pessimism, but the course of events in Afghanistan has mostly borne out comparably gloomy statements he has made in previous years about the situation there.

For the United States and NATO to try to stave off this scenario would entail an expansion and extension of the current military expedition way beyond what political leaders are suggesting and what the public would accept.

Part of the ugly reality is thus the prospect of the return to power in Afghanistan of a group whose policies and practices are not just foreign but abhorrent to Americans. But Americans need to be reminded of what the expedition in Afghanistan was supposed to be about to begin with, and that it still ought to be about: preventing the establishment of a base of operations for elements, such as major transnational terrorist groups, that would pose security threats to the United States.

Doing so means dealing with the powers that be in that part of the world. One of those powers is likely to be the Afghan Taliban. As Dorronsoro puts it, the “United States will not be able to pursue its longer-term interests in and around Afghanistan if it is not willing to deal with the Taliban. … Only the Taliban can potentially control the Afghan border and expel transnational jihadists from Afghanistan. ”

Following this good advice will require getting away from the mistaken tendency to view the Afghan Taliban as if they were themselves a transnational terrorist group, which they are not, notwithstanding their previous alliance with Osama bin Laden.

They are a radical fundamentalist group focused on political power and the social order in Afghanistan, which by itself does not constitute a threat to vital U.S. interests. Failure to realize that may have the counterproductive effect of turning the Taliban into something they are not now but we mistakenly think they are.

This election we have been having has been a diversion from confronting the realities in the country where we are currently waging a war. We might as well resume looking at that place and thinking about what we need to do to pursue our core objective and the basic reason we are there. It will not be pretty, and we need to get used to that.

7 comments for “Dark Days Ahead in Afghan War”