When the Democratic platform was initially silent on Jerusalem being Israel’s capital, Mitt Romney’s campaign pounced, questioning President Obama’s commitment to Israel and causing him to reinsert Jerusalem-as-capital language. But is this any way to deal with a complex foreign policy issue, asks ex-CIA analyst Paul R. Pillar.

Restoration to the Democratic Party’s platform of language declaring Jerusalem to be the capital of Israel provides several reasons to shake one’s head, out of either bemusement or disgust.

We all know, of course, what this move is about: AIPAC lobbying and the Republicans’ belief that they can win votes by out-Israeling the Democrats led to a Democratic decision, evidently by President Obama himself, not to take a chance on losing votes by not having that language in the platform. 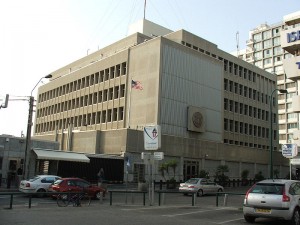 There is nothing unusual about this, with regard to how anything related to Israel customarily plays in American politics. But this particular move has other odd aspects.

One is that although restoration of the language may have been ordered by the President, it directly contradicts the administration’s policy on Jerusalem, which is that the city’s status should ultimately be determined through direct negotiations between Israelis and Palestinians. But the disconnect is true not only of the Democrats or the Obama administration; this has been the policy of the last several administrations, notwithstanding what has appeared in their respective parties’ platforms.

This is not to say that an election outcome would definitely make no difference regarding this issue. Any difference, however, would be chiefly a difference between a first-term president who would be running for re-election and has demonstrated an inclination to shape his positions in whatever way is needed to win elections, and a second-term president who would not be running for anything and thus would have more flexibility.

Another odd aspect arises when reflecting on comments by a spokeswoman for the Romney campaign, as that campaign tried to capitalize on the fact that the Democrats had ever wavered on the issue at all. “Now is the time,” she said, “for President Obama to state in unequivocal terms whether or not he believes Jerusalem is Israel’s capital.”

“Believe”? That makes it sound as if the question is one of accepting some transcendental truth, rather than fashioning a diplomatic position.

If one were to deal in policies rather than posturing, her demand should be rephrased to one of the President stating in unequivocal terms whether he believes that the longstanding U.S. stance of being an honest broker should be abandoned in favor of fully taking Israel’s position on a major matter in dispute between Israel and the Palestinians, notwithstanding the legitimacy of the conflicting positions or how such a change in U.S. policy would affect U.S. interests in the Middle East.

The disconnect between the politics of an issue and sound policy on the issue is especially marked on matters involving Israel because the Israel lobby is exceptionally strong in American politics.

But one could also look on this as an extreme example of a broader phenomenon, which is that some of the sharpest tensions in the making of foreign policy are not between political elements such as Republicans and Democrats (on Israel-related issues, look at how much supporters of President Obama can point to in response to the Republicans’ effort to pose as greater lovers of Israel) but instead between the realm of public politics, with all of its posturing, on one hand, and the realm of careful, real-world policy-making on the other hand.

Much foreign policy is constructed in the latter realm (mostly in many inter-agency deliberations involving bureaucrats and political appointees alike) with little interference from the former because it does not happen to involve salient issues in domestic politics or powerful domestic interests.

But sometimes the political realm intrudes. And when it does, it often does so in primitive and inconsistent ways that have more to do with posturing and pandering than with sound strategy, or with anything that makes the construction of sound strategy possible.

The matter involving Jerusalem isn’t even one of the worst examples, because on this issue a policy has continued despite contrary posturing. It is a sad fact that to the extent U.S. foreign policy has exhibited wisdom and consistency, this is in spite of, not because of, the workings of the political system to which policymakers are ultimately answerable.

← Narrowing ‘Love Thy Neighbor’
‘Mushroom Cloud’ Sales Pitch Is Back →

5 comments for “Jerusalem as Political Football”