Among the legal anomalies and affronts to justice involved in certain things the United States does in the name of counterterrorism is an incarceration netherworld that seems likely to persist as indefinitely as the detention of many of the people caught in it.

We didn’t seem to have this problem before 9/11. But the popular sense, after that one off-the-charts terrorist event, that America was “at war” led to the problem. The Bush administration obliged by declaring a “war on terror.” 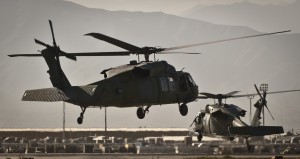 Applying the established law of war would not suffice, however; that would have meant giving suspected terrorists the rights of prisoners of war. The response was to handle anyone who came into U.S. hands with some suspicion of possibly having something to do with terrorism as if they were not subject to any system of law and the rights associated with it.

People scoffed up in Afghanistan or elsewhere were declared to be “illegal combatants” if they were declared to be anything at all. Most were sent to a newly established detention facility at Guantanamo, the location of which was not chosen so the prisoners could enjoy the mild Caribbean climate. The location was chosen with the intention of keeping detentions there outside the purview of anyone’s law, given Guantanamo’s special status as a base under a long-term lease that is outside the United States but also not subject to the sovereign control of any foreign country.

The ploy has not worked completely, in that the U.S. Supreme Court ruled in Boumediene v. Bush in 2008 that Guantanamo detainees have a right to contest their detention in U.S. courts. But the specific practices at Guantanamo continue to reflect the legal vacuum in which the prisoners find themselves.

One recent decision by the Obama administration about which the New York Times editorial page appropriately took exception severely limits the right of prisoners to consult their attorneys in confidence. As one of the lawyers involved pointed out, this vitiates the right of habeas corpus that the Supreme Court formally bestowed four years ago.

It is not just prisoners at Guantanamo who are affected. This month a district court heard for the second time a case involving prisoners being held at a detention facility in Bagram, Afghanistan. The same court had earlier interpreted the Boumediene decision as applying not only to Guantanamo prisoners but also ones held at Bagram who had been captured someplace other than Afghanistan. That decision was reversed on grounds that a war zone is a war zone, and thus outside the jurisdiction of a civilian court, even if the prisoners in question had been nabbed somewhere else, although the appellate court left a possible opening for rehearing, leading to the current proceedings.

The main trouble-maker in much of this is the Court of Appeals for the D.C. Circuit, to which the Supreme Court seems content to give very free rein on this subject. It was the D.C. circuit court that ruled that capturing someone outside a war zone and then moving him into a war zone effectively removes his habeas rights.

In another peculiar decision that reversed a district court’s order to release a Guantanamo prisoner, the majority on a D.C. circuit court panel effectively said that any documents the government presents in arguing for continued detention should be accepted at face value, even though many such documents reflect questionable and unverified assertions.

Near the end of its just-concluded session, the Supreme Court let this appellate court ruling stand without comment, even though the appellate judges who made that ruling barely disguised their contempt for the Boumediene decision.

A problem all along with the “war” formulation as applied to suspected terrorism is not only the twists one has to go through to avoid granting prisoner-of-war status. Since there is no well-defined entity this “war” is being waged against, there is no definable end to the anomalies involved. This problem applies not only to authorizations to use military force but also to detentions.

With no end in sight to the fundamental legal peculiarity involved, at least some of the procedural unfairness should be peeled back, such as that involving the attorney-client privilege. The executive branch’s attorneys should also stop challenging the right of prisoners to petition for habeas corpus and instead concentrate on the facts in each case that would warrant continued detention.

Finally, the U.S. Supreme Court ought to show the D.C. circuit who is boss by agreeing in its next term to hear one of the detention cases on which a majority at the circuit court seems determined to place its insubordinate stamp.

← Israel Wants EU to Decry Hezbollah
In Case You Missed… →

2 comments for “Kafkaesque Legacy of Gitmo/Bagram”