Sweeping assertions by Israeli officials regarding their certainty about the authorship of a bus bombing in Bulgaria last week pinning it first on Iran and then Hezbollah may not be backed up by solid intelligence, but it may help rally European condemnation, writes Gareth Porter for Inter Press Service.

Israeli Prime Minister Benjamin Netanyahu’s claim on Sunday of absolutely reliable intelligence linking Hezbollah to the bombing in Burgas, Bulgaria, last week was apparently aimed at supporting his government’s determination to get the European Union to declare Hezbollah a terrorist state.

The Netanyahu claim in interviews on Fox News Sunday and on CBS Face the Nation of “rock solid” intelligence on the bombing was accompanied by an announcement that Israeli Foreign Minister Avigdor Lieberman would travel to Brussels on Monday to meet with EU foreign policy chief Catherine Ashton and foreign ministers of nine EU member states to persuade them to put Hezbollah on the list of terrorist organizations. 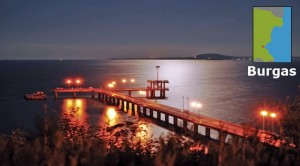 A nighttime view of Burgas, Bulgaria, a popular Black Sea resort where Israeli tourists were targeted in a bus-bomb attack.

Netanyahu, who usually emphasizes Iran’s role in terrorism, focused primarily on Hezbollah’s alleged culpability. Unlike the United States, the EU has never officially considered Hezbollah to be a terrorist organization, but Netanyahu believes that pinning the Bulgarian bombing on Hezbollah gives him political leverage on the EU to change that. Lieberman was quoted Sunday as saying the bombing in Bulgaria “has changed the way in which Hezbollah is seen”.

For months, Netanyahu has been building a case that Iran has been carrying out a worldwide campaign of terrorism. That narrative is based, however, on a systematic and highly successful Israeli campaign of shaping the news coverage of a series of murky allegations about terrorist actions or efforts in Baku, Tibilisi, Bangkok and Delhi, and into stories fitting neatly into the overall narrative. Netanyahu used sweeping language about the alleged intelligence underlying his charge that Hezbollah carried out the Bulgarian tourist bombing, but refused to offer any further information to back it up.

In the interview on Fox News Sunday, Netanyahu said, “We know with absolute certainty, without a shadow of a doubt that this is a Hezbollah operation.” But despite being asked by interviewer Chris Wallace for some indication of the nature of the intelligence, he would say only that information had been shared with “friendly agencies.”

When the heads of Mossad and Shin Bet, Tamir Pardo and Yoram Cohen, briefed the Israeli cabinet Sunday on those agencies’ efforts against what were described as Iranian and Hezbollah plans for terrorism in more than 20 countries, they were not reported to have presented hard intelligence supporting the claim of Hezbollah responsibility for the Bulgarian bombing.

If the Israeli government did share intelligence information on Hezbollah and the Bulgarian bombing with the Central Intelligence Agency as Netanyahu claimed, it did not register with the senior U.S. officials on July 19. When a “senior U.S. official” was quoted by the New York Times that day confirming the Israeli assertion that the bomber who carried out the operation was “a member of a Hezbollah cell operating in Bulgaria,” he was apparently merely making assumptions rather than relying on any hard evidence.

Also on July 19, Pentagon press secretary George Little said, “I don’t know that anybody has assessed attribution for this cowardly action.” On July 20, White House spokesman Jay Carney said the administration was “not in a position to make a statement about responsibility.”

Netanyahu declared immediately after the news of the Bulgarian bus bombing July 18 that Iran was responsible for the attack. In support of the charge, he cited recent alleged terrorist incidents in a number of other countries. “All the signs lead to Iran,” he said. But Netanyahu offered no proof, and the Israeli Embassy in Washington acknowledged to CNN on July 19 that it had no proof that Iran was the instigator of the attack.

Netanyahu also argued in his Fox News interview as well as in an appearance on CBS Face the Nation that an Iran/Hezbollah connection to the bombing of the Israeli tourist bus could be reasonably inferred from a Hezbollah terrorist plan that had been discovered in Cyprus only a week earlier. “The whole world can see who it is,” said Netanyahu on Fox News Sunday. “You would have known or been able to surmise it from Cyprus a week ago.” A “Hezbollah operative” in Cyprus was caught planning “exactly the same attack, exactly the same modus operandi,” he said.

But the case to which Netanyahu referred is much less clear-cut than his dramatic description. In fact, it is unclear who the alleged Hezbollah operative really is and what he was actually doing in Cyprus. The 24-year-old Lebanese man with a Swedish passport was arrested in his hotel room in Limossol July 7 just two days after he had arrived in the country, following an urgent message sent to Cyprus from Israeli intelligence that the man intended to carry out attacks, according to Haaretz on July 14.

The Israeli press have portrayed the unnamed Lebanese as “collecting information for a terror attack” being planned by Hezbollah (Israel Hayom) and as identifying the “vulnerabilities that would allow for maximal damage among a group of Israeli tourists in their first hours on Cyprus ” (Ynet News).

But those descriptions may not reflect what the Lebanese man was actually doing. A senior Cypriot official told Reuters a week after he was taken into custody, “It is not clear what, or whether, there was a target in Cyprus.” And other Cypriot authorities were reported by the Cyprus Mail on July 20 and by Associated Press Monday to have said they believe the man was acting alone.

The Cypriot Greek-language newspaper Phileftheros reported that he was found with information on tour buses carrying Israeli passengers, a list of places favored by Israeli tourists, and flight information on Israeli airlines that land in Cyprus, suggesting that he planned to detonate explosives on board a plane or bus. But despite an intensive search, no indication has been found that the man is linked to any explosives.

A lone individual arrested in his hotel room without any explosives hardly presents a close parallel to the bus bombing in Burgas. Contrary to Netanyahu’s breathless description of what happened in Cyprus, the arrest may turn out to have been an overreaction by Mossad to unconfirmed information the agency had obtained three months earlier that someone might be interested in harming Israeli tourists in Cyprus, reported by Ynet News on July 15.

Details that have emerged about the cases of Lebanese and Iranian citizens arrested at the insistence of Mossad in Thailand in January and Kenya in June also suggest that sensational press accounts of alleged terrorist plans by the suspects inspired by the Israelis may have been highly distorted, and that the individuals arrested may turn out not to be terrorists at all.

Gareth Porter, an investigative historian and journalist specializing in U.S. national security policy, received the UK-based Gellhorn Prize for journalism for 2011 for articles on the U.S. war in Afghanistan. [This article originally appeared at Inter Press Service.]

← The Center Crumbles; the Right Grows
Kafkaesque Legacy of Gitmo/Bagram →