On some issues, there is a serious disconnect between candidates for public office and the public they are hoping to represent. Take the case of Mitt Romney and military spending.

For some time now, the Republican presidential candidate has been an avid proponent of a vast U.S. military buildup. Last October, in a speech at the Citadel, he promised that he would never “wave the white flag of surrender” but, rather, devote himself to creating “an American Century.” This would be secured, he explained, by a hefty increase in U.S. armaments. 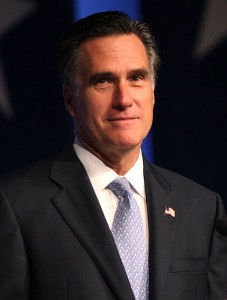 In terms of U.S. warships alone, he promised to raise annual production by 67 percent. Attacking President Barack Obama for what he claimed was military weakness, Romney called for increasing the U.S. military budget, in fiscal 2013, by 17 percent. Indeed, he has proposed raising U.S. military spending by as much as $2 trillion over the next decade.

This military obsession comes at a curious time. After all, the U.S. military budget — currently standing at $648.6 billion — has risen dramatically over the last 13 years and is the largest in U.S. history. Currently, U.S. military spending constitutes nearly as much money as the military spending of all other countries combined.

Furthermore, in the context of severe budget cutting by Congress, popular domestic social programs are being sacrificed to support the U.S. military budget — so much so that it currently consumes more than half of the U.S. government’s discretionary spending.

Even the Republican-dominated House of Representatives seems to recognize that the time has come for cuts — and not increases — in military spending. On July 19, it voted 326 to 90 for a budget that reduced U.S. military spending (earmarked for the Defense Department and for current wars) to $606 billion in fiscal year 2013.

If liberals and critics of the Afghan War had had their way, the military budget would have been cut still further. And, if the threatened budget sequestration takes place, it will be cut more substantially. Indeed, the idea of cutting the huge U.S. military budget seems to enjoy considerable popularity among Americans.

In May 2012, a survey of U.S. public opinion by the Stimson Center, the Program for Public Consultation, and the Center for Public Integrity found that 76 percent of respondents favored slashing U.S. military expenditures. This included 80 percent of respondents in districts that elected Democrats and 74 percent in districts that elected Republicans.

Even in districts with the heaviest military spending — and, thus, presumably benefiting from its economic impact three-quarters of the public favored reducing the military budget. “The idea that Americans … want to keep total defense spending up so as to preserve local jobs is not supported by the data,” reported Dr. Steven Kull, director of the Program for Public Consultation, a survey group associated with the University of Maryland.

By contrast, support for increasing military spending — so fervently backed by Romney — stood at only 4 percent in Democratic districts and 15 percent in Republican districts. Even more striking, the average cut in such spending favored by the American public was very substantial: $103.5 billion.

Part of the explanation for this widespread approval of deep cuts in the military budget probably reflects the fact that the participants were well informed. Before taking the survey, the respondents received detailed information about that budget and had the chance to read numerous arguments for and against it.

But other recent polls, done without the provision of such information, also indicate substantial restlessness at the level of U.S. military spending. Earlier this year, asked to choose which of three programs — Medicare, Social Security or the military — should receive lower funding “in order to cut government spending,” 52 percent of Americans chose the military, 15 percent chose Medicare, and 13 percent chose Social Security.

Other polls taken in 2011 also indicated Americans’ willingness to cut U.S. military spending. That September, a National Journal poll asked Americans whether they favored a plan for “reducing the growth of defense spending by about $350 billion over 10 years.” In response, 55 percent said they did. Another poll that September, by the Kaiser Foundation, found 67 percent approval for some reduction in the defense budget, with 28 percent supporting a major reduction and 39 percent a minor reduction.

In October, a Washington Post/Bloomberg poll of Americans asked whether they supported or opposed “reducing military spending” to help cope with the U.S. budget deficit. Fifty-one percent expressed their support and 41 percent their opposition.

Overall, as Dr. Kull and other opinion analysts have concluded, there is substantial support among Americans for cutting the U.S. military budget, especially when the public is provided with relevant information and a choice of alternatives.

Of course, there are hawkish elements within the American public, as well as powerful defense contractors, that champion a U.S. military buildup. But Romney’s militarism seems unlikely to fire up many Americans outside their ranks.

Dr. Lawrence Wittner (http://lawrenceswittner.com) is professor of history emeritus at SUNY/Albany. His latest book is Working for Peace and Justice: Memoirs of an Activist Intellectual (University of Tennessee Press).

3 comments for “Romney’s Pentagon Budget Out of Step”