The Right often demonizes Hollywood as “liberal” and surely there are some TV shows and movies with liberal themes but most of what the U.S. entertainment industry produces is either apolitical or super-patriotic. “Argo,” a new movie on Iran, fits the latter category, says Danny Schechter.

Earlier this year, I was in Tehran for a conference on Hollywood’s power and impact. It was called “Hollywoodism,” featuring many scholars and critics of the values and political ideologies featured in many major movies with a focus on the way Israel (a.k.a., “the Zionists”) are continually portrayed as if they do no wrong.

What we didn’t know then while we were debating these issues was that some of Hollywood’s biggest stars were at that very moment making a movie that will certainly be perceived as hostile to Iran, if not part of the undeclared war that Israel and the United States are waging with crippling economic sanctions and malicious cyber viruses. 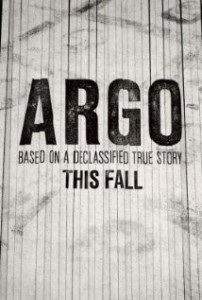 The movie is “Argo,” and the hype for it has already begun. In a business driven by formula, a “hostage thriller” must have been irresistible to an industry always more consumed by itself and its own frames of reference than anything happening in the real world.

An NBC entertainment site explains: “At the height of the Iran Hostage Crisis, the CIA smuggled six Americans out of Tehran in a plot that was a movie maker’s dream. So naturally, Hollywood’s gonna make a movie out of it.

“Superstar Ben Affleck directed ‘Argo,’ a film being produced by George Clooney, about former CIA Master of Disguise Tony Mendez and his most daring operation. Mendez smuggled six American’s out of Tehran in 1979 by concocting a fake movie production, called ‘Argo.’”

Predictably, the background and context of these events is conspicuous by its absence, as are the reasons for the Iranian revolution and the role played by the United States in working with the British in the overthrow of the Mossadegh government and support for the despotic Shah.

“It’s not political,” a movie industry insider told me. A film set in the Iranian revolution, that most political of events of an era, “not political?” That’s Hollywood for you!

Hollywood movies want to be seen only as exercises in dramatic storytelling, so their focus is always on characters and action. As Wired Magazine described what happened in a 2007 story based on the book that led to the film:

“November 4, 1979, began like any other day at the US embassy in Tehran. The staff filtered in under gray skies, the marines manned their posts, and the daily crush of anti-American protestors massed outside the gate chanting, ‘Allahu akbar! Marg bar Amrika!’

“Mark and Cora Lijek, a young couple serving in their first foreign service post, knew the slogans, ‘God is great! Death to America!’, and had learned to ignore the din as they went about their duties. But today, the protest sounded louder than usual. And when some of the local employees came in and said there was ‘a problem at the gate,’ they knew this morning would be different”

The larger confrontation also served as the basis for a long-running TV news series, ABC’s “America Held Hostage,” treating those Americans as victims of a crime, but never Iran as the scene of a larger crime, a country held hostage for years by a U.S.-backed secret police and military that crushed freedom of expression, repressed religion, and enabled the CIA to manipulate Iran’s politics while U.S. companies plundered Iran’s resources.

One-sided news programming was far more effective than Hollywood movie making as a tool for mobilizing Americans against Iran. The coverage was always unbalanced. I called it “A.A.U.” — All About Us!

Now, this new movie will likely add to the propaganda even as many Americans are speaking out against a war on Iran while Washington is clearly planning one. It will bring back all the old anti-Iranian feelings and stereotypes while progressive U.S. actors glamorize a CIA agent, even though the actual movie makes the events seem absurd and at times reportedly even makes fun of the U.S. government in 1970s’ movie-making style.

I haven’t seen the film but judging from the slick trailer I saw in my neighborhood theater, it’s about clever Americans outsmarting Iranians who look robotic.

Here’s the context as Wired reports: “The Iran hostage crisis, which would go on for 444 days, shaking America’s confidence and sinking President Jimmy Carter’s reelection campaign, had begun.   Everyone remembers the 52 Americans trapped at the embassy and the failed rescue attempt a few months later that ended with a disastrous Army helicopter crash in the Iranian desert. But not many know the long- classified details of the CIA’s involvement in the escape of the other group, thrust into a hostile city in the throes of revolution.”

In the “not many know” department, there is no reference here either about how the Reagan campaign secretly negotiated to hold back the hostages until Carter was out of office, or the illegal Iran-Contra arms deals that followed.

This tale of escape also is not a “new” story it was told years ago in books and magazines but “Argo” is retelling as if it is new. It is, as you would expect, all about our brilliance and their stupidity, our good guys against their bad guys all classic “Made in the USA” commercial movie formula.

Will this thriller contribute to a deeper understanding between our two countries? Will it help us find a way of resolving our differences? I doubt it.

As it happens, when I was in Tehran, I visited the former U.S. Embassy and wrote about my impressions in a new book, Blogothon  (Cosimo.) The embassy is now a museum with a well-preserved group of offices, safeguarding the equipment used by the CIA for surveillance and espionage.

The Iranians had denounced the building as a “spy nest” well before the students took it over but even they didn’t know how right they were or its real covert action focus until they saw it for themselves.

U.S. Embassy security tried to destroy all its secret documents by shredding them, but the students, over months, patiently sewed the bits and pieces together and published them, exposing their nefarious tactics in books that U.S. Customs would not allow Americans to see. (Friends of mine had their copies seized when they returned from a reporting trip to Iran in that period.)

There is a reference to the recovery of some of this information in “Argo,” but not much about what was in those documents. This was all before the age of WikiLeaks,

But never mind the facts or their selective retelling: in Hollywood, only story matters. You can just hear the actors telling their agents “how cool this film is”, especially because movie-making is the movie’s sub-plot, the glory of the story, so to speak, at the core of what is, in the end, sanitized drama.

Once again, mindlessness leads to malice in a search not for truth but box office revenues. Of course, I will see it when it’s out in the fall.