Exclusive: Earlier this year, U.S. news outlets began revising their false boilerplate that the United States believed Iran was building a nuclear bomb. They grudgingly recognized that U.S. intelligence didn’t believe that. But now there are signs of backsliding, reports Robert Parry.

After the Washington Post contributed to the Iraq War disaster — with its editorial page stating as flat fact that Iraq possessed weapons of mass destruction — you might think that this leading newspaper in the U.S. capital would be extra careful handling allegations about Iran. But that often isn’t the case.

On Tuesday, the Post published a Reuters article containing this boilerplate about the dispute over Iran’s nuclear program: “The United States and the European Union believe that Iran is trying to build nuclear weapons. Tehran says the program is strictly for civilian purposes.” 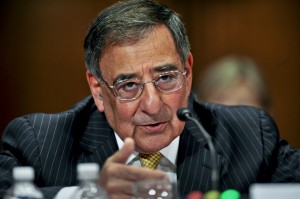 The article leaves unsaid who is supposed to be speaking for “the United States,” but it can’t be the U.S. intelligence community, which has reported since 2007 that Iran isn’t working on a nuclear weapon. Even the hawkish Israeli government has acknowledged that Iran has NOT made a decision to build a nuclear weapon.

As ex-CIA analyst Ray McGovern has noted, this intelligence judgment also has been expressed by high-profile figures in the defense establishments of the two countries U.S. Defense Secretary (and former CIA Director) Leon Panetta and Israel’s Defense Minister Ehud Barak.

In an article entitled “US/Israel: Iran NOT Building Nukes,” McGovern wrote: “You might think that you would have heard more about that, wouldn’t you? U.S. and Israel agree that Iran is NOT building a nuclear bomb. However, this joint assessment that Iran has NOT decided to build a nuclear bomb apparently represented too big a change in the accepted narrative for the FCM [Fawning Corporate Media] to process.”

McGovern cited an interview by Barak on Jan. 18 in which the Israeli Defense Minister was asked:

Question: “Is it Israel’s judgment that Iran has not yet decided to turn its nuclear potential into weapons of mass destruction?”

Barak: “ confusion stems from the fact that people ask whether Iran is determined to break out from the control [inspection] regime right now in an attempt to obtain nuclear weapons or an operable installation as quickly as possible. Apparently that is not the case. ”

Question: “How long will it take from the moment Iran decides to turn it into effective weapons until it has nuclear warheads?”

Barak: “I don’t know; one has to estimate. Some say a year, others say 18 months. It doesn’t really matter. To do that, Iran would have to announce it is leaving the [UN International Atomic Energy Agency] inspection regime and stop responding to IAEA’s criticism, etc.

“Why haven’t they [the Iranians] done that? Because they realize that when it became clear to everyone that Iran was trying to acquire nuclear weapons, this would constitute definite proof that time is actually running out. This could generate either harsher sanctions or other action against them. They do not want that.”

In a Jan. 19 article about Barak’s interview, the Israeli newspaper Haaretz summed up the Israeli view as follows: “The intelligence assessment indicates that Iran has not yet decided whether to make a nuclear bomb.

“The Israeli view is that while Iran continues to improve its nuclear capabilities, it has not yet decided whether to translate these capabilities into a nuclear weapon or, more specifically, a nuclear warhead mounted atop a missile. Nor is it clear when Iran might make such a decision.”

McGovern noted that Barak in the interview appeared to be identifying himself with the consistent assessment of the U.S. intelligence community since late 2007 that Iran has not made a decision to go forward with a nuclear bomb. The formal National Intelligence Estimate of November 2007 a consensus of all 16 U.S. intelligence agencies stated:

Despite complaints about the NIE from some American and Israeli war hawks, senior U.S. officials have continued to stand by it. Defense Secretary Panetta raised the topic himself in an appearance on CBS’s “Face the Nation” on Jan. 8.

Panetta said “the responsible thing to do right now is to keep putting diplomatic and economic pressure on them [the Iranians] and to make sure that they do not make the decision to proceed with the development of a nuclear weapon.”

Panetta was making the implicit point that the Iranians had not made that decision, but just in case someone might miss his meaning, Panetta posed the direct question to himself: “Are they [the Iranians] trying to develop a nuclear weapon? No.”

Thus, earlier this year, some major U.S. news outlets began quietly correcting their old boilerplate, which had stated pretty much what was in the Post on Tuesday. While not acknowledging that their old formulation about Iran allegedly working on a nuclear weapon was wrong, the New York Times and other publications began slipping in the weasel word “capability” after “nuclear weapon.”

Ironically, the Post’s neoconservative editorial page was more upfront about the nuance than were the Times and other newspapers. In a February editorial, the Post wrote: “U.S. and Israeli officials share an assessment that, though Iran is building up nuclear capability, it has not taken decisive steps toward building a bomb.”

You could still say the Post was hyping things a bit, skewing the wording in an anti-Iranian direction, but the sentence is essentially correct on where U.S. and Israeli intelligence judgments stand, that Iran has NOT made a decision to build a nuclear bomb.

But some news outlets are now backsliding to the dangerously false language that the United States believes “Iran is trying to build nuclear weapons.” In reading those words in the Post this week, an uninformed reader would almost surely assume that the United States and the European Union were the objective ones, telling the truth about Iran’s nuclear ambitions, and that the Iranians were lying.

In other words, the Reuters article, published by the Post and other news outlets, was misleading and dangerously so. Given the human and economic stakes involved in a possible war with Iran, this deceptive (or sloppy) writing is not something that should be taken lightly.

← Romney Cedes US Policies to Israel
Admissions on Nixon’s ‘Treason’ →