Synergos, a Rockefeller family NGO, seeks common ground with anti-poverty activists around the world. But do reformist groups funded by the rich help solve problems or perpetuate them a question addressed by Danny Schechter.

Having just finished producing an investigative TV series on Who Rules America, inspired, in part, by the argument that sociologist C. Wright Mills made 50 years ago about how a small group of the rich and powerful run things, I was wondering how I would feel spending a night with the 1 percent of the 1 percent.

An Indonesian friend had invited me to join her at an annual event called University for a Night sponsored by an NGO named Synergos created 25 years ago by Peggy Dulany, the daughter of David Rockefeller, the now 97-year-old patriarch of what was once the richest and most powerful family in America. 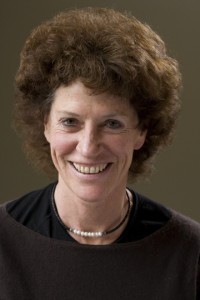 This event concludes with dinner discussions that bring participants together with invited faculty – experts from around the world – for an exchange of ideas on specific topics. The organizers say they want “to provide opportunities for networking, brainstorming and inspiration.”

Rockefeller Sr., onetime head of the Chase Bank was there, in a wheel chair now, beaming as an award in his name for bridging and leadership was presented to former President Bill Clinton, who runs a foundation of his own, as well as a global “initiative.”

Clinton was also effusive in praising Peggy and her dad for the good works they do as philanthropists and problem-solvers. He singled them out for promoting partnerships through “sustainable and systems-changing collaborations to address poverty, equity and social justice.”

Unfortunately, my friend got the flu and couldn’t make it, so I was on my own. Fortunately, Occupy Wall Street was not outside protesting at the Millennium Hotel off Times Square, and I didn’t have to cross a picket line to join the folks inside.

Actually, the Occupy Movement might have appreciated Clinton’s engaging speech as he repeatedly indicted our hyper-polarized political system as dysfunctional and stalemated while calling for a new model of decision-making based on a more participatory democratic process.

He said that NGOs are more effective than governments because they try to solve problems with representation from all the stakeholders in a more bottom-up manner. He was dismissive of the standoff in Washington and believes that innovation cannot be imposed from above.

A master story-teller, Clinton explained how he got involved in trying to lower the costs of AIDS medicines at the urging of Nelson Mandela and that their partnership on the issue had an impact and saved thousands of lives by trying to find common ground among AIDS advocates and pharmaceutical companies.

Clearly, Clinton works with business, not against it, and is a proud reformer as opposed to an angry revolutionary. Synergos’ strategy aims at bringing together “people and institutions in government, business, nonprofits and local communities most affected by poverty and social injustice.”

Synergos works through partnerships, networks and knowledge-sharing with the goal of finding ways for people to act together worldwide, according to the group’s Website.

“Over more than 20 years, we have worked in over 30 countries and regions, including Brazil, Canada, Ecuador, Ethiopia, India, Mexico, including the U.S-Mexico border, the Middle East, Mozambique, Namibia, South Africa and Zimbabwe,” it says.

The Rockefeller family has a long history of philanthropy and public service, although the cynics among us know that non-profit foundations can also be a way of sheltering wealth from taxation, and using PR and good deeds to blunt public criticism of the wealthy. Foundations also can increase benefactors’ influence within the society that does their bidding.

In many cases, the great wealth of families was amassed originally in the Robber Baron era. John D Rockefeller became a very controversial and negative symbol as I discovered, when I wrote the introduction to a new edition of the History of the Standard Oil Company by the muckraker Ida M. Tarbell who exposed how his great fortune was accumulated. (Cosimo Books.)

That doesn’t mean that the “sins” of the grandfather should be passed on to other generations. I first met Peggy when she was an active supporter of the freedom movement in South Africa. I was told that her influence, together with some of her cousins, successfully pressed the Rockefeller interests, including Chase, to not rollover debts and to divest from South Africa, actions that helped force the apartheid government to announce reforms and negotiations.

Everyone agrees that this was a form of pressure that persuaded the apartheid diehards to accept the inevitability of change. Perhaps that’s why the head of Nelson Mandela’s foundation works closely with Synergos.

Peggy is an old friend and supporter of Graca Machel, the Mozambican leader who later became Mandela’s third wife. She also promotes a circle of wealthy families worldwide to discuss how to use their wealth in socially responsible ways.

At my table, there was a moderated discussion about what constitutes personal leadership. There were other foundation heads there, a retired high-level UN official a real estate power broker, another TV producer and a banker at JP Morgan.

All seemed supportive of the values and projects that Synergos is promoting. The broker told me that he’s never been to a meeting of that size where the word love is used so freely.

That may be a reflection of Peggy’s new focus on the importance of personal transformation and internal growth as a key to the emergence of new leadership. In a paper circulated to the dinner, she offers revealing insights into her own personal journey in “Approaching the Heart of the Matter.”

Her insights share honestly about the personal journey that sustains her commitment to this innovative work after a quarter of a century. It may come off as a bit earnest for some who are more comfortable with objective facts than subjective feelings but her sincerity is unmistakable.

The day after the dinner, I began reading many articles criticizing Occupy Wall Street for being stuck in a rut. Forbes said the Occupy Movement was running out of new ideas. Progressive outlets raised similar concerns.

It occurred to me, then, that the activists in America pushing for economic fairness and equality could learn from the experience of the Synergos-linked global and local organizations that are struggling with many of these same issues in poorer countries the world over.

Yes, the 1 percent could learn a thing or two from the 99 percent but also vice-versa. Occupy could learn from projects that work and adopt best practices in other countries.

Occupy’s “university” may be in the parks and streets, not suites, but the movement has also been conducting classes and training sessions to share ideas and develop skills.

Occupy activists probably would feel uncomfortable consorting with Rockefellers that old fear of co-optation again but maybe there is more common ground here than meets the eye, even as activists are always more confrontational than conciliatory. They don’t do well in fancy hotels!

Both approaches have value. We need to get beyond mutual demonization. Maybe everyone can benefit from some more bridging even as politics becomes a battleground.

There’s plenty of room in the fight against global poverty and injustice for all of us.

8 comments for “Can the 1% Help Fight Poverty?”