President Obama has taken personal command over lethal drone strikes against alleged al-Qaeda operatives in Yemen and other countries. To some, this is an inappropriate use of presidential power. But ex-CIA analyst Paul R. Pillar sees some benefit in Obama accepting direct responsibility.

An illuminating feature article by Jo Becker and Scott Shane of the New York Times about the use of lethal missile strikes from unmanned aerial vehicles evokes memories of Lyndon Johnson personally approving the individual targets for bombing sorties against North Vietnam.

President Barack Obama, according to the article, signs off on each strike in Yemen and Somalia and on the “more complex and risky strikes” in Pakistan, or about a third of the missile strikes overall. 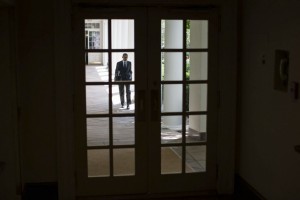 Former Navy Admiral and Director of National Intelligence Dennis Blair mentioned an additional memory by critically comparing reliance on the drone strikes to the use of body counts in Vietnam.

Despite such echoes from a painful past war, and despite the legitimate concerns about use of the drones that Becker and Shane explore, their account is in another respect reassuring. It gives us the most extensive public picture so far of the process and criteria that go into each decision to kill someone by remote control from high altitude, and sometimes to kill others who are not the target but happen to be nearby.

We still aren’t getting to see the secret Justice Department memorandum that makes a legal case for using this method to kill U.S. citizens, as was done with the strike in Yemen last year that took out Anwar al-Awlaki and Samir Khan. But we do read of White House counterterrorism advisor John Brennan talking about how before each decision to fire a missile the president insists that his subordinates “go through a rigorous checklist: the infeasibility of capture, the certainty of the intelligence base, the imminence of the threat, all of these things.”

Then there is the reassurance of knowing that the chief executive is directly involving himself in weighing the considerations that need to be weighed before the trigger is pulled. That is probably the best safeguard against overlooking the broader strategic factors that need to be taken into account at least as much as the narrow tactical one of taking a bad guy out of commission.

Some possible drawbacks of this presidential involvement come to mind. An obvious one is that the process is a drain on presidential time and attention. Another possible drawback, which parallels Blair’s criticism about heavy reliance on the drones, is that by getting down in the weeds of individual target decisions, the President himself becomes more tactical and less strategic.

This carries the associated risk of the drone strikes being increasingly equated with counterterrorism, the killing of men in Asian and African hinterlands being equated with keeping Americans safe from terrorism and our thinking starting to resemble the body-count mentality of the Vietnam War.

On balance, however, an appropriately broad rather than narrow approach is more likely to be applied when this president, the former law-school professor who has evinced good awareness of the political and diplomatic repercussions overseas of the application of U.S. military force, makes the task one of detailed and careful analysis by himself.

The antithesis to this approach toward the use of lethal capabilities is provided by Mr. Obama’s Republican challenger, and in ways that go beyond the obvious differences in what an incumbent president and a non-incumbent candidate can demonstrate.

Mitt Romney has accused President Obama of not spending enough on the military. As Christopher Preble has noted, Romney’s “Fire. Ready. Aim” approach of pledging to devote at least 4 percent of the nation’s GDP to the base defense budget would bring that spending to levels not seen since World War II and represent something like an additional $2.5 trillion in expenditures.

But as inchoate as the financing is how all this military capability would be applied. Romney returned to his keep-the-military-strong theme in a speech on Memorial Day, in which he still did not address the matter of application.

In his speech, Romney mentioned countries that in his view make the world an unsafe place: bÃªte-noir-du-jour Iran, of course, as well as Russia and China. He spoke of deterrence through strength but not of exactly what it is the United States would be deterring.

Even more to the point, he has not explained how, bearing in mind that the United States currently spends far more on its military than any conceivable combination of foes put together, the difference between spending levels he favors and levels favored by Obama or anyone else would make any difference in being able or unable to deter a threat or do whatever else the United States would need to do with military force. This is not only not down in the weeds; it is not even hitting the treetops.

One of the legitimate concerns about the drone strikes is that they are coming to exhibit the “if I have a hammer then everything looks like a nail” syndrome. The same danger, as was exhibited in such a costly and tragic way by the Iraq War, is true on a larger scale of the overall military capability of the United States.

Avoiding that danger, at the level of either a single weapon system or the nation’s entire armed force, requires careful and detailed deliberation, including at the presidential level, of costs and risks as well as needs and benefits.

If the President of the United States were not already personally weighing the pros and cons of each prospective drone strike in Yemen, the reactions described in this article are a good reason to expect him to do so. These reactions also are a reason the overall gain or loss to U.S. interests of the drone-based killing program would be a legitimate topic for discussion in the presidential campaign, if any candidate wanted to make it an issue.