In rebuffing Iran’s concessions on its nuclear program, the Obama administration is bending to hard-line neocon pressures at home and Israeli demands abroad. But it also appears stuck on the notion of permanent U.S. hegemony in the Middle East, says national security expert Flynt Leverett at www.RaceForIran.com.

On Antiwar Radio, Flynt Leverett reviewed the P5+1 nuclear talks with the Islamic Republic, noting that President Barack Obama and his foreign policy team seem no more prepared to deal with the major issues that must be addressed to enable a meaningful agreement, accepting internationally safeguarded enrichment in Iran and recognizing that a negotiated solution will necessarily entail significant sanctions relief, than it was during its previous attempt at nuclear diplomacy during 2009-2010.

And as long as this is the case, there is little chance of “success” in the negotiations, Leverett said. 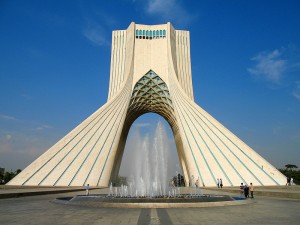 In response to a constructively provocative question about why the Obama Administration persists in an approach that is doomed to fail, Flynt argued that the Administration felt compelled, by rising oil prices, Israeli threats to attack Iran, and the perceived need to demonstrate America’s ongoing leadership role in international affairs, to come back to the negotiating table. But this was a purely tactical decision; it did not prompt any reconsideration of the Administration’s larger Iran strategy (such as it is).

Flynt pointed out that, while domestic politics is obviously part of the Administration’s reluctance to pursue a policy grounded in reality, a more fundamental element is the Obama team’s ongoing commitment to American hegemony in the Middle East.

A determination to dominate the region badly warps the Obama Administration’s diplomatic approach, for it treats nuclear negotiations with Tehran as a venue for making the Islamic Republic surrender to American demands, not as an important element in realigning the U.S.-Iranian relationship.

And they don’t want this deal because it would require treating the Islamic Republic as an important country with legitimate national interests, including protecting its right to enrich, that the United States needs to accommodate.

Of course, a willingness to accommodate the legitimate interests of a rising revolutionary power is precisely what enabled the realignment of Sino-American relations in the early 1970s. When Richard Nixon entered the White House in 1969, twenty years of unremitting hostility toward the People’s Republic of China as part of a quixotic pursuit of hegemony in Asia “ended up getting us into the Vietnam war” and had damaged the United States’ broader strategic position, in Asia and globally.

Moreover, they were courageous enough to draw the right conclusion from their analysis for American policy, that the United States had to “come to terms” with the People’s Republic.

There is “a very analogous logic at play in the Middle East.” The United States “tried being the hegemon” in Afghanistan, Iraq, and other places in the region. The results are clear: America’s pursuit of hegemony in the Middle East “doesn’t work”; in fact, “it actually makes us weaker.”

Just as the United States had (and has) interests in Asia, it has “critical interests” in the Middle East. And it can only protect and promote those interests by “having positive relations with all of the important players in the region,and especially with Iran.”

This, however, is “a strategic logic” that the Obama Administration “seems no more capable of embracing than its predecessors in the Bush-43 Administration.” (Or, one might add, the Clinton and Bush-41 administrations.) It is a profound “strategic failure.”

In the interview, Flynt also critiqued myths of Iranian “irrationality” and of the Islamic Republic as too unreasoningly hostile toward the United States for real improvement in U.S.-Iranian relations to be possible.

Flynt Leverett served as a Middle East expert on George W. Bush’s National Security Council staff until the Iraq War and worked previously at the State Department and at the Central Intelligence Agency. Hillary Mann Leverett was the NSC expert on Iran and from 2001 to 2003  was one of only a few U.S. diplomats authorized to negotiate with the Iranians over Afghanistan, al-Qaeda and Iraq. [This article was originally published at RaceforIran.com.]