Exclusive: In the past week, several senior Israelis have criticized the extremism of Prime Minister Benjamin Netanyahu toward Iran and the Palestinians, but his American supporters continue to escalate their denunciations of anyone who won’t march in lockstep, as Robert Parry reports.

Regular readers of the U.S. mainstream news might have been surprised the past several days to learn that a number of prominent Israelis disagree with Prime Minister Benjamin Netanyahu’s assessment of the Iranian threat. That public shock is understandable since leading American news outlets and the U.S. Congress have done little besides parrot and praise Netanyahu’s positions.

Much like the pattern before the Iraq War when the U.S. news media abetted President George W. Bush in misleading most Americans into believing that Iraq had WMDs and was implicated in the 9/11 attacks the mainstream press now has left large segments of the population thinking that Iran already has a nuclear bomb or is hard at work on one with plans to use it against Israel. 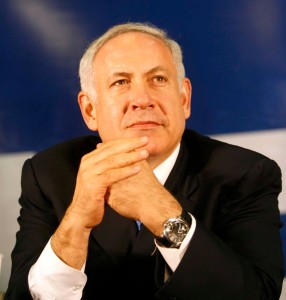 When writers at Consortiumnews.com and other independent news sites have challenged that conventional wisdom noting that the actual facts don’t support this alarmist view of Iran we have encountered ugly attacks aimed at discrediting the information, including accusations of anti-Semitism. So, it was likely startling to many Americans over the past week when serious people who have worked inside the Israeli security establishment offered similar assessments.

For instance, last Wednesday, Lt. Gen. Benny Gantz, Israel’s military chief, said he doubts that Iran will press ahead toward construction of a nuclear bomb, putting him more in line with the analysts of the U.S. intelligence community who have stated since 2007 that Iran stopped work on its nuclear weapons program in 2003 and hasn’t resumed it.

In an interview with the Israeli newspaper Haaretz, Gantz said Iran’s leaders were “very rational people” who have not decided to build a bomb. Referring to Iran’s Supreme Leader Ali Khamenei, Gantz said, “I believe he would be making an enormous mistake, and I don’t think he will want to go the extra mile.”

By contrast, Netanyahu continues to ramp up his war rhetoric, warning of another Holocaust if Iran’s nuclear facilities are not forcibly disabled and disputing the value of Iran’s participation in multilateral talks aimed at ensuring that its nuclear program, which Iran insists is for peaceful purposes only, stays that way.

But Gantz’s comments were followed on Friday by more criticism of Netanyahu from Yuval Diskin, who recently retired as the chief of Israel’s internal security agency, the Shin Bet. He accused the Prime Minister of “misleading the public” about the likely effectiveness of a preemptive Israeli bombardment of Iran’s nuclear facilities.

Referring to Netanyahu as “messianic,” Diskin said he had “no faith” in the ability of Israel’s current leadership to handle the crisis. “I don’t believe in a leadership that makes decision based on messianic feelings,” a criticism that Diskin also applied to Israel’s handling of the Palestinian conflict in which the Shin Bet is deeply involved.

“I fear very much that these are not the people I’d want at the wheel,” Diskin said of Netanyahu’s team.

Then, on Sunday, former Israeli Prime Minister Ehud Olmert weighed in with his own critique at a conference in New York sponsored by the Jerusalem Post. He accused Netanyahu of disregarding President Barack Obama and the international community.

Heckled by a pro-Netanyahu crowd shouting “Naive!” and “Neville Chamberlain!” Olmert defended Obama as “a friend of Israel” who deserved respect. Amid boos from the audience, Olmert joked, “I can see that this hall is full of Democrats.”

More boos rained down on Olmert when he called on Israel and its backers to work with the United States and the world community to restrain Iran’s nuclear program, the New York Times reported.  A perturbed Olmert responded to the crowd’s eagerness for a military strike by saying:

“As a concerned Israeli citizen who lives in the state of Israel with his family and all of his children and grandchildren, I love very much the courage of those who live 10,000 miles away from the state of Israel and are ready that we will make every possible mistake that will cost lives of Israelis.”

In a subsequent interview, Olmert said, “America is not a client state of Israel. . Why should we want America to be put in a situation where whatever they do will be interpreted as if they obeyed orders from Jerusalem?”

Olmert also criticized Netanyahu and Defense Minister Ehud Barak for comparing Iran to Nazi Germany. “They talk too much, they talk too loud,” Olmert said. “They are creating an atmosphere and a momentum that may go out of their control.”

The rude treatment of Olmert at the New York conference and the readiness of U.S. neoconservatives to denounce American skeptics of a war with Iran as “anti-Semites” suggest that Netanyahu has already succeeded in whipping his U.S. supporters into another war frenzy.

But the new accounts of dissent from within the top ranks of the Israeli government reveal something else that I personally witnessed during my frequent trips to Israel in the early 1990s: there is often a more honest and robust debate about Israeli policies inside Israel than inside the United States where such criticism is often demonized.

Yet, while ugly ad hominem attacks may work well to ensure that most American policymakers stay in lockstep behind Israel, the tactics can prove dangerous to U.S. and Israeli interests by convincing hardliners like Netanyahu that they can dictate American policy whenever they wish.

For instance, in May 2011, Netanyahu sat in the Oval Office and lectured Obama about how he must view the conflict with the Palestinians and other tensions in the Middle East. Netanyahu rebuked Obama for suggesting that peace talks with the Palestinians use the 1967 borders as a starting point, with territorial swaps from both sides.

In other words, the Likud, which spearheaded the drive to move hundreds of thousands of Israeli settlers onto what was Palestinian territory on the West Bank, now is insisting that the placement of those settlements wiped out the value of the 1967 borders, the internationally recognized boundaries of Israel.

After scolding Obama, Netanyahu went to Capitol Hill to receive a hero’s welcome from both Republicans and Democrats, who competed to see who could jump to their feet the fastest and most often. The sycophantic behavior signaled to Netanyahu that Israel still had a free hand to do whatever it wanted even if that meant defying Obama.

Netanyahu got cheers when he alluded to the religious nationalism that relies on Biblical authority for Israel’s right to possess the West Bank where millions of Palestinians live. Calling the area by its Biblical names, Netanyahu declared, “In Judea and Samaria, the Jewish people are not foreign occupiers.”

Though Netanyahu said he was prepared to make painful concessions for peace, including surrendering some of this “ancestral Jewish homeland,” his belligerent tone suggested that he was moving more down the route of annexation that Likud’s deputy speaker Danny Danon outlined in a New York Times op-ed before Netanyahu’s trip.

Danon said if the Palestinians sought United Nations recognition for their own state on the West Bank, which they have since done, Israel should annex the territory. “We could then extend full Israeli jurisdiction to the Jewish communities [i.e. the settlements] and uninhabited lands of the West Bank,” Danon wrote.

As for Palestinian towns, they would become mini-Gazas under Danon’s plan, cut off from the world and isolated as enclaves with no legal status. “Moreover, we would be well within our rights to assert, as we did in Gaza after our disengagement in 2005, that we are no longer responsible for the Palestinian residents of the West Bank, who would continue to live in their own, unannexed, towns,” Danon wrote.

By excluding these Palestinian ghettos, Jews would still maintain a majority in this Greater Israel under Danon’s plan. “These Palestinians would not have the option to become Israeli citizens, therefore averting the threat to the Jewish and democratic status of Israel by a growing Palestinian population,” he wrote.

In other words, the Israeli Right has been charting a course toward a de facto apartheid, if not outright ethnic cleansing by willfully making life so crushing for the Palestinians that they have no choice but to leave.

Yet, members of Congress behaved more like trained seals than representatives of a sovereign nation. Hardliners in Netanyahu’s Likud were surely encouraged that they could press ahead toward marginalization of the Palestinians or toward war with Iran.

However, the past week has shown that President Obama is not the only obstacle to some of those extreme plans. The comments from senior Israelis suggest that perhaps a significant opposition exists within Israel’s political/military establishment.

11 comments for “Some Israelis Resist Netanyahu”