In recent years, Florida has been the scene of high-profile political and legal scandals, from Election 2000 to the delayed justice in the Trayvon Martin slaying. But it’s also known as a place intolerant of dissent, especially if someone praises Fidel Castro or criticizes Israel, says Lawrence Davidon.

In the early 1500s, the Spanish Conquistadors came to the shores of what is now known as Florida (or “flowery land” in Spanish). At the time, the area was populated by groups of Paleo-Indians whose lives were about to change drastically for the worse.

The Conquistadores were out for gold and other riches and enslaved the natives to assist in the search. Along with the soldiers and adventurers came Spanish priests whose goal was strictly ideological: the conversion of the natives to Catholicism. About this the natives would also have no choice. 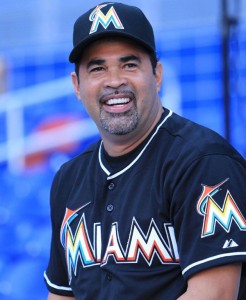 From that time onward the sunny and flowery land of Florida proved a place both of wealth and ideological intolerance. Even when the Spanish lost control of the territory, first to the British and then to the United States, this duality persisted.

In the early decades of the 19th Century, for instance, those pesky Indians remained a problem. So, Andrew Jackson, a rigid-minded fellow if there ever was one, thought he had the answer to this problem when he waged war against the Seminole Indians who had the audacity to both resist white settlement and harbor runaway black slaves.

Eventually he was proved correct. Well-armed racism won the day and from the1830s into the 1850s the process of forced eviction-cum-slaughter of the natives proceeded apace. By 1845, when Florida became the 27th state of the Union, things were relatively in hand with most of the remaining Seminoles pushed back into the Everglades.

Over the years the gold that the Conquistadors sought transformed itself into citrus fruit and tourism. Today the tourist business brings in over 77 million people a year to Florida and is worth over $57 billion annually to the state’s economy.

Three-quarters of U.S. oranges are from Florida, as is 40 percent of the world’s orange juice. Yet, overlaying all this wealth, just like an unhealthy tan, is the persistence of Florida’s ideological obsessions. In contemporary terms, there are two that stand out and we will begin by looking at one that is back in the news.

1. Cuba – Florida has a very high percentage of Cuban-Americans. One-third of the population of Miami has Cuban roots and in at least 18 other cities and large towns in the state the percentage approaches half. A high number of these people are staunchly anti-Castro. Among the older generation this attitude borders on fanaticism.

One can see this reflected in the behavior of the state’s political representatives in Congress who fight tooth and nail against any moderation of U.S. sanctions against the Cuban nation despite the fact that those sanctions help impoverish the country’s people, a state of being that Cuban-Americans then blame on the Castro government.

For this point of view to be maintained, right-wing Cuban Americans have had to approach history in a highly selective way. When Fidel Castro took over in Cuba in 1959, the country was an economic and social wreck.

It was ruled by the dictator Fulgenacio Batista who had established ties with U.S. Mafia families. Gambling and prostitution were major growth industries under his regime. Poverty deepened, illiteracy was widespread, crime was rampant but nonetheless Batista was seen as an ally of Washington. That is because he ran an anti-communist secret police, trained and armed by the U.S., which acted as the regime’s Gestapo and SS combined.

When Castro took over in 1959, these conditions changed. But to do this he had to nationalize resources and this step was opposed by a small upper-class and a portion of the middle-class. It was this group that initially fled to the U.S. Subsequently, they have chosen to forget most of Cuban history prior to Castro’s revolution.

These Cuban exiles also have a deadly resentment of those who hold a different view. They regularly try to ruin anyone who has the audacity to publicly disagree with them. That is how fanatics behave.

Take the recent case of Ozzie Guillen, the outspoken manager of the Miami Marlins baseball team. Guillen made the mistake of saying that he respected Fidel Castro in a recent interview with Time magazine. The result was a “political firestorm” in Miami.

Within hours the politicos of South Florida (sounding like the priests of the Conquistadors) were calling for his head. The team suspended him for five games and Guillen himself publicly apologized for “betraying the Latin community” and begged forgiveness in a most groveling way.

2. Israel – Florida, and particularly the southern part of the state, has the second-highest Jewish population in the U.S. (the first is in New York). Notably, most of them are elderly retirees of passionate Zionist persuasion.

One of Miami’s main streets is Yitzhak Rabin Boulevard. Next to the issue of pensions, Israel is what commands their interest. That is why all the Republican primary candidates (except Ron Paul) who visited the state fell over backwards in their support for Israel.

No prominent Florida Jewish resident has yet been silly enough, or brave enough, to go public with anti-Zionist declarations, or, perhaps, statements of admiration for Yasir Arafat. And after an example was made of Ozzie Guillen, the probability of anyone doing so has to have diminished. This is because the right-wing elements of these two communities are allied and feed off of each other.

Back in the 1980s, when the Cuban-American community leaders decided to set up a formal lobby, originally known as the Cuban American National Foundation, they went to the American Israel Public Affairs Committee, otherwise know as AIPAC, for advice and guidance. That relationship has continued ever since. [For more information, see my book, Foreign Policy Inc.]

A living representation of this on-going alliance is Ileana Ros-Lehtinen, U.S. Representative for Florida’s 18th Congressional District and currently the longest-serving woman in Congress. That status has also made her chairwoman of the House Foreign Affairs Committee.

Ros-Lehtinen describes herself as a “strong supporter of Israel,” including its illegal settlements, and she has worked hard to cut funds for any United Nations agency that recognizes Palestinian statehood. Of course, she also hates Fidel Castro.

Over-exposure to this “sunshine state” can obviously get you a bad burn, particularly if you are of an open mind and value the principle of free speech. But that is the way it goes when communities form around repugnant ideological cores that then come to characterize their very identity.

What is particularly scary about all of this is that the entire prejudicial mind-set is carried forth unquestionably and in lock step by millions of people.

In the old days, Americans often would point fingers at the Soviet Union or the Chinese communists (and now the “Muslim world”) for this sort of totalitarian-style thinking and intolerance of dissent. And all the while, it was growing right in America’s sunny backyard.

6 comments for “What’s Wrong with Florida?”