From Editor Robert Parry: Many people who read the original journalism from Consortiumnews by Ray McGovern, Mark Ames, Lisa Pease, James diEugenio, me and other of our featured writers see our articles at “aggregator sites,” i.e. Web sites that cull stories from the Internet and reassemble them at their own.

Indeed, some people have told me that they contribute to those sites because of our work and I certainly don’t wish to disparage the value of the “aggregator sites” in spreading important information to a wider audience. We have always tried to be generous toward those sites, believing that our primary purpose is to inform as many people as possible.

However, for us, the hard truth is that the aggregator sites don’t pay us for the original stories that we produce, all of which require lots of time, hard work and money. Beyond the reporting and writing, all stories that appear at Consortiumnews.com undergo editing, even those that authors send to us after posting them elsewhere. 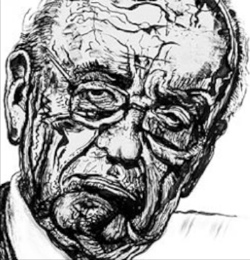 The reason for the care we take with the articles is for your benefit, so the articles are easy to read and trustworthy. But investigative digging by reporters and quality control by editors cost money. So we are faced with the dilemma: who pays for journalism?

Historically, that cost was borne by wealthy publishers and owners of television stations and by their advertisers. Media moguls had their biases but they often believed in the importance of information to a democratic society. Plus, there was more diversity in ownership than there is today.

So, most Americans could find a newspaper or a TV station that played things pretty straight. But that reality has changed over the past several decades, as a concentration of media ownership has intersected with a recognition on the American Right that propaganda translates very effectively into power. Right-wingers like Rupert Murdoch and Rush Limbaugh became the faces of modern media.

As the Right invested heavily in media (while the Left mostly ignored media), the ideological spectrum of the nation shifted rightward. “Centrist” journalists also tiptoed in that direction to avoid the damaging career label of “liberal.” The overall impact was that the content of the U.S. news media became more ideological and less honest.

That was where Consortiumnews.com stepped in. In 1995, I founded the site as the first investigative news magazine based on what was then a relatively new medium, the Internet. We demonstrated that serious, independent journalism could be presented on the Web at relatively low cost, but still there were expenses for producing and distributing the material.

Though I started Consortiumnews.com by cashing in my Newsweek retirement account, the cost for financing the journalism had to be borne primarily by our readers and the occasional small foundation. So, we became a 501-c-3 non-profit in 1999. That way, our U.S. readers could deduct their donations from their taxes.

But it still might seem unfair to those who do donate to Consortiumnews.com that the work they make possible then spreads to other sites that take it for free. All I can say is that if American democracy is to get back on track, a lot of us are going to have to step up, face today’s reality and take on new burdens.

So please contribute what you can to our spring fund drive. You can make a donation by credit card at the Consortiumnews.com Web site or by check to Consortium for Independent Journalism (CIJ); 2200 Wilson Blvd.; Suite 102-231; Arlington VA 22201. Or you can use PayPal (our account is named after our e-mail address “consortnew@aol.com”).