From Editor Robert Parry: In the 16-plus years of Consortiumnews, our most difficult fund-raising periods have been in presidential election years like this one. Many supporters tell me they are funneling what money they have into campaigns and, implicitly, that independent journalism is not a priority.

Indeed, that predicament led to my biggest regret in the history of our journalistic experiment, our inability to sustain ourselves through the crucial election year of 2000. As that race took shape, pitting Al Gore against George W. Bush, donations dried up and we reached a crisis point.

A friend offered to arrange a lunch with the chairman of a major progressive foundation. I took that opportunity to explain to the chairman why our independent journalism was so important, especially in 2000 since we possessed a wealth of information about the dark side of the Bush Family, facts that the mainstream news media was too timid to present to the American people. 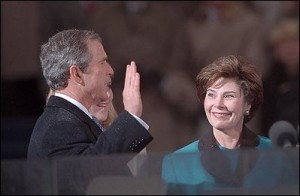 I also noted the danger from the neoconservatives who were coalescing around the inexperienced Texas governor. I had dealt with the neocons during my days at the Associated Press and Newsweek and had come to regard them as unscrupulous, manipulative and dangerous.

But the chairman waved off my concerns. He said there was no way that George W. Bush would become president and he was focusing his foundation’s money on groups that could pressure Al Gore’s administration from the left.

I was dumbfounded at his analysis since Bush was then in the lead and the mainstream news media was hazing Gore like he was some unpopular nerd in grade school.

I had been working on a story about how the New York Times, the Washington Post and other major news organizations were gleefully misquoting Gore to make him appear a delusional know-it-all, while Bush was getting the flattering Big Man on Campus treatment.

Still, I had no financial choice but to put Consortiumnews on a part-time basis and take a good-paying job at Bloomberg News as an editor handling financial regulations. In what spare time I had, I edited or wrote stories for the Web site but not nearly what we could have done.

As history will tragically record, Bush narrowly lost the election to Gore (both nationally and in the key state of Florida) but Bush’s Republican allies on the U.S. Supreme Court blocked a full recount in Florida, thus giving Bush its electoral votes and the presidency. What followed proved to be disastrous for the American people and the world.

I quit Bloomberg News in 2004 to write Secrecy & Privilege and resume Consortiumnews full-time and in the ensuing eight years, we have built up a growing and loyal following of readers. However, finances have remained our principal challenge and we are now in another presidential election year.

Following that quadrennial pattern, our spring fund drive is lagging, again threatening our future. I understand why many people choose to direct their scarce resources into campaigns in election years, but there remains a need for the kind of independent journalism that we provide.

So please contribute what you can. You can make a donation by credit card at the Consortiumnews.com Web site or by check to Consortium for Independent Journalism (CIJ); 2200 Wilson Blvd.; Suite 102-231; Arlington VA 22201. Or you can use PayPal (our account is named after our e-mail address “consortnew@aol.com”).

If you want one of the thank-you gifts, just follow-up your donation with an e-mail to consortnew@aol.com. Otherwise, we’ll put your entire donation toward keeping Consortiumnews.com going through this election year.