The slaying of unarmed teen-ager Trayvon Martin has shed light on the shadowy American Legislative Exchange Council, which dreams up pro-corporate legislation to peddle to the states and as with the gun-toting “Stand Your Ground” law can inflict suffering and death on innocent people, Bill Berkowitz reports.

There is little doubt that it was George Zimmerman, a 28-year-old self-appointed “neighborhood watch vigilante,” who shot and killed the 17-year-old Trayvon Martin last month as he “returned from a trip to 7-11 with an iced tea and a pack of Skittles.”

Less known is the relationship between the Florida “stand your ground” law, which may allow the killer of Trayvon Martin to walk free, and a powerful but private, behind-the-scenes organization that has channeled such bills into the legislatures of Florida and other states. 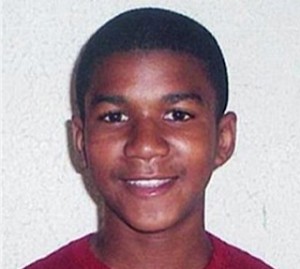 The Florida law that is drawing such sudden attention due to the death of a teenager in Sanford “is the template for an American Legislative Exchange Council (ALEC) ‘model bill’ that has been pushed in other states,” PR Watch’s Brendan Fischer recently reported.

Fischer says that “Evidence suggests a major reason Zimmerman thought he needed to use deadly force against the unarmed Martin is because the teen was black. … Zimmerman has not been charged with any crime.”

According to Fischer, “The bill was brought to ALEC by the National Rifle Association (NRA), and fits into a pattern of ALEC bills that disproportionately impact communities of color.”

It is no surprise that ALEC is hardly a household name. The American Legislative Exchange Council, (ALEC) prefers to do its business in secret. And since ALEC’s founding in 1973 by Paul Weyrich (who co-founded the Heritage Foundation and is widely considered to be one of the Godfathers of the New Right); former Illinois Republican Congressman Henry Hyde; and conservative activist Lou Barnett, the organization has successfully stayed out of the spotlight.

If it weren’t for the resolute reporting of a handful of investigative journalists and the extraordinary work of the Center for Media and Democracy’s ALEC Exposed Web site, not much would be known about ALEC.

Source Watch, a project of the Wisconsin-based Center for Media and Democracy, described ALEC as a “semi-secretive” organization that “has been highly influential, has operated quietly in the United States for decades, and received remarkably little scrutiny from journalists, media or members of the public during that time.”

A report by the American Association for Justice, titled “ALEC: Ghostwriting the Law for Corporate America” described the organization as “the ultimate smoke filled back room.”

As John Nichols recently pointed out in The Nation, “the shadowy Koch brothers-funded network … brings together right-wing legislators with corporate interests and pressure groups to craft so-called ‘model legislation.'” And while ALEC is predominantly concerned with cutting tax rates for corporations and wealthy individuals, privatization, de-regulation, and weakening, if not eliminating unions, it “also dabbles in electoral and public safety issues. And ‘Stand Your Ground’ proposals have for seven years been on its agenda.”

Last year, when Wisconsin Governor Scott Walker unleashed an unprecedented attack on public workers in that state, and Republican-controlled state legislatures around the country began its assault on voting rights, ALEC’s fingerprints were all over those initiatives. From the NRA to ALEC to the states

John Nichols recently reported in The Nation that “The National Rifle Association led the advocacy on behalf of the proposal, [which was signed into law by then-Governor Jeb Bush] arguing that it was needed to provide immunity to gunmen who might use deadly force against unarmed individuals who they imagine to be threatening.

Media Matters recently pointed out that the language in “Florida’s statute on the use of force in self-defense is virtually identical to Section 1 of ALEC’s Castle Doctrine Act model legislation”:

(3) A person who is not engaged in an unlawful activity and who is attacked in any other place where he or she has a right to be has no duty to retreat and has the right to stand his or her ground and meet force with force, including deadly force if he or she reasonably believes it is necessary to do so to prevent death or great bodily harm to himself or herself or another or to prevent the commission of a forcible felony.

According to Media Matters, “The language is identical to ALEC’s Castle Doctrine Act model legislation, which they have been working hand in hand with the NRA to pass across the country”:

3. A person who is not engaged in an unlawful activity and who is attacked in any other place [other than their dwelling, residence, or vehicle] where he or she has a right to be has no duty to retreat and has the right to stand his or her ground and meet force with force, including deadly force, if he or she reasonably believes it is necessary to do so to prevent death or great bodily harm to himself or herself or another, or to prevent the commission of a forcible felony.

“In a 2008 interview with NRA News,” Media Matters noted, “ALEC resident fellow Michael Hough explained how his organization works with the NRA to push similar legislation through its network of conservative state legislators:

HOUGH: We are a very pro-Second Amendment organization. In fact, last session, I’ll get off-topic here real quick, but some of the things that we were pushing in states was the Castle Doctrine. We worked with the NRA on that, that’s one of our model bills that we have states introduce.

A 2002 report from Defenders of Wildlife and the Natural Resources Defense Council titled “Corporate America’s Trojan Horse in the States: The Untold Story Behind the American Legislative Exchange Council,” found that ‘the NRA is a longtime funder of ALEC.” “In 1993,” the report states, “ALEC adopted a resolution expressing its opposition to a waiting period to buy firearms and a ban on semiautomatic firearms. ‘The administration and Congress should take a hard look at ALEC’s resolution,’ James Baker, the executive director of the National Rifle Association’s Institute for Legislative Action, said.”

SourceWatch points out that “The NRA was a ‘Vice-Chairman’ level sponsor of 2011 American Legislative Exchange Council Annual Conference, which in 2010, equated to $25,000,” and that an NRA operative was “the co-chair of ALEC’s Public Safety and Elections Task Force for a number of years, until the Spring of 2011.

Despite its modus operandi of secrecy and backroom dealing, every once in a while something so egregious happens that ALEC is forced out of the shadows. Investigations surrounding the cold-blooded killing of Trayvon Martin by a self-styled vigilante, could push ALEC out into the open.

Bill Berkowitz is a freelance writer who has been monitoring and reporting on right-wing movements for a number of publications over the past ten years. [This article originally appeared as a blog post at HuffingtonPost. Reprinted with the author’s permission.]