An aide’s remark comparing the consistency of Mitt Romney’s positions to lines on an Etch a Sketch toy suggests his presidency would follow a course designed to win him a second term, says ex-CIA analyst Paul R. Pillar. In that, Romney’s neocon foreign policy advisers may see hope for a muscular “new American century.”

This time the Romney campaign’s gaffe of the week did not come from the candidate. Instead it was the explanation from a senior aide of how once Mitt Romney secures the Republican nomination he can revise his positions for the general election campaign as easily as erasing an image on an Etch a Sketch.

This explanation does not tell us anything new about the candidate, whose record as a political chameleon was already well established. The incident brings to mind Michael Kinsley’s definition of a gaffe as “when a politician tells the truth, some obvious truth he isn’t supposed to say.” 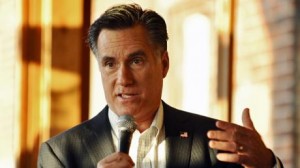 Some in the hard-core Republican base to whom the candidates in the primary campaign have been appealing are apt to be disturbed by the aide’s comment. And Romney’s Republican opponents are striving to exploit the remark to the fullest, to the extent of distributing Etch a Sketches to reporters.

Conversely, some voters open to backing Romney in the general election may be reassured by the idea that he doesn’t really believe in all that right-wing stuff he has been emitting in the campaign so far, although that leaves open the question of whether it makes sense to vote for someone out of a belief that he does not mean what he says in his campaign.

As for figuring out what Romney really believes and how a President Romney would act, most speculation about that will center on domestic matters, such as whether being a self-described “severely conservative” governor of Massachusetts squares with enacting Romneycare. But let us speculate for a moment about foreign policy.

The starting point for any such speculation is the realization that, as Jacob Heilbrunn puts it, “Romney’s overwhelming desire has been to please whatever audience he is before” and that “his only sincere belief appears to be in his own personal advancement.” His positions will be determined above all by whatever it takes to win the next election he faces.

Thus the policies of a first-term President Romney, assuming he is not content to be a one-term president, would be determined above all by whatever will help him to win a second term. Predicting the policies of such a first term is less a matter of determining what Romney “really” believes (on many foreign policy matters he probably does not know what he really believes) than of forecasting how the politics of major issues will play over the next four years.

Romney’s November opponent, President Barack Obama, already has a track record in office that provides a basis for extrapolating his behavior in a second term. That record is not a Romney-like one of being shaped overwhelmingly by what plays well politically. Some aspects of that record on important issues, such as an initial (albeit later abandoned) resistance to continued Israeli expansion of settlements on occupied territory, have not been vote-winners.

One cannot just extrapolate in a straight line from a first to a second term, however. Although a second-term President Obama would continue to feel some legacy effects of old political baggage (especially on the war in Afghanistan), a big difference from the first term would be that he would never be running for office again.

A populist response would be to go with the first alternative, out of a belief in democratic principles and in the idea that, in foreign as well as domestic policy, the people ought to determine what is in their own interests. One problem with this view is that what a leader sees as politically advantageous is not to be equated with whatever a majority of the populace, not coached and not manipulated by the leadership, happens to believe.

This is illustrated by what the George W. Bush administration did in launching an offensive war in Iraq, which most Americans would not have supported without the administration’s ardent pro-war sales campaign lasting over a year. Bush came into the presidency, as Romney would, as a novice and cipher as far as foreign policy was concerned.

During Bush’s first few months in office, he fumbled around for a defining and inspiring theme for his presidency. After 9/11 he figured he found that theme in being a “war president.” He bought into the neoconservatives’ Iraq scheme as a way of developing that theme and reaping a political advantage from it, which he did long enough to win a second term.

The disastrous consequences of that choice, and the resulting negative impact on his popularity, did not fully set in until his second term, when it no longer mattered as far as re-election was concerned.

Even without a reprise of anything like that episode, a more basic problem with the populist view of foreign policy is that often most of the people do not know what is in their best interests (even if they later come to realize that some things they earlier favored were not in their interests). That observation sounds elitist, of course, and it would be poison for any politician to utter it openly.

But the truth of it has been demonstrated by something like the Vietnam War, which was not caused by anything like the neocon manipulations that led the United States into Iraq. Even without coaching or manipulation by leaders, most Americans believed in the early 1960s that it was necessary to draw a line in Vietnam to stop a worldwide communist advance.

The popular impulses of the American people, at different times in U.S. history, have been a force either for extraordinary accomplishment or for bad misdirections. Those impulses provided the energy to win World War II and to sustain the efforts needed to prevail in the Cold War. Over the coming four years nothing like those campaigns will be what is needed to protect and advance U.S. interests.

During the next presidential term a foreign policy that responds largely to popular impulses is more likely to result in misdirection than in accomplishment. The popular American need to see a foreign enemy as a negative national reference point is apt to result in needless conflict and to miss opportunities for fruitful cooperation.

The impulse to slay foreign dragons also carries the danger of overextension at a time when the limits of national resources need more attention than ever. The president for the next four years needs to draw up a foreign policy (not necessarily on an Etch a Sketch) that is shaped by something other than just what will sell at the next election.