Many of President Obama’s critics on the Left slam him for not doing more to reverse President George W. Bush’s war policies, but ex-CIA analyst Paul R. Pillar says the criticism misses the significance of Obama’s resistance to Bush’s moniker, “war president.”

The extent to which the Nobel Peace Prize-winning Barack Obama has used military force has been the subject of much comment. The actions that elicit such comment are easy to see, from a surge of troops in Afghanistan to the extensive and widespread use of unmanned aerial vehicles to kill suspected terrorists.

But the actions disguise the dominant inclinations of Obama. Unlike his predecessor, he has never wanted to be a “war president.” He has resisted the militarization of American policy. 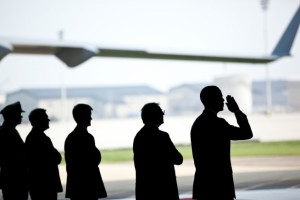 The best indication of this is his clear opposition to a provision in a defense-authorization act passed late last year mandating that foreigners suspected of being al-Qaeda members be put in military custody rather than being subjected to the civilian criminal justice system.

The president sharply criticized the provision in a signing statement, indicating that he would interpret a waiver provision in the law to preserve maximum flexibility. This past week he did exactly that, issuing a waiver and associated guidelines effectively to undo as much of the objectionable legislation as is in his power to undo. [For a contrasting view from another ex-CIA analyst, Ray McGovern, see Consortiumnews.com’s “A Betrayal of the Founders.”]

Insofar as the administration has seemed to head for a military path, it has been responding to several unavoidable pressures and circumstances. One is the legacy of a couple of ongoing wars that it inherited. Another is the traditional Democratic concern about not appearing to be wimpy on matters of national security.

The largest factor, however, is a pervasive contemporary American habit of thinking about almost anything involving a foreign challenge or security threat in warlike terms, which in turn leads to thinking about military means as the most appropriate tool for dealing with the problem.

In analyzing the considerable continuity between the latter part of the Bush administration and the Obama administration in counterterrorist policy and practices, Marc Lynch has noted how the “media and political class” have “deeply internalized Global War on Terror framing” even though the war-on-terror terminology is no longer in official vogue. That framing severely restricts what any administration can do, even if no one is trying to score a political point or gain an electoral advantage.

The legislation about mandatory military custody for certain terrorism suspects demonstrates how much we are dealing with an attitudinal habit rather than careful consideration about what makes for effective policy. Although supporters of the legislation may have thought of themselves as being tough guys on terrorism, the effect of the law was to reduce the tools and options available in dealing with suspected terrorists.

President Obama is right to use waivers aggressively to resist this aimless bit of machismo.

8 comments for “Obama as ‘Peace President’”