The U.S. appears on the verge of a new war in the Middle East, between Israel and Iran, but much of the casus belli traces back to the long-running dispute over the rights of Palestinians. In that context, Lawrence Davidson asks again if a one-state solution might be the only viable answer.

In January 2011, I wrote an analysis in support of a one-state solution to the ongoing Israeli-Palestinian struggle because the Israelis themselves had made the one-state solution the only practicable approach. Through their incessant and illegal colonization of the West Bank, they simply eliminated all possibility of a viable and truly independent Palestinian state.

Israeli behavior has not changed in the past year and so I still stand by the position. That being said, it is important to point out that even a one-state solution capable of bringing justice to the Palestinians, and in doing so, saving the Jews from the folly of Zionism, will not be possible without worldwide intervention. 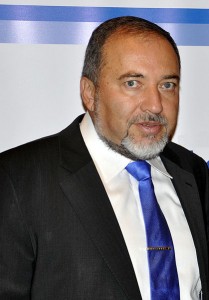 What is necessary is a struggle on two international fronts: A) a strong growing international boycott, divestment and sanctions campaign against Israel and B) growing popular pressure in the United States that forces a change in foreign policy toward Israel. Without achieving both of these goals the fate of both Palestinians and Jews looks very bleak indeed.

The necessity of this two-front international approach was reinforced for me upon reading a speech given by Noam Chomsky in Beirut in May of 2010. When commenting on a one-state solution to the Israeli/Palestinian conflict, he made the following points:

1. For the indefinite future, “Israel will continue doing exactly what [it’s] doing [taking] the water resources, the valuable land … the Jordan Valley … and send[ing] corridors through the remaining regions to break them up into separated cantons…”

2. In the process, the Israeli government will make sure that “very few Palestinians [are] incorporated in the valuable areas that Israel will take over” and they will do so in order to preclude “any civil rights struggle.”

3. The Israelis can do this as long as the United States supports them. Chomsky calls this the “mafia principle.” He notes that in the case of South Africa, the apartheid state was able to hold out against an international boycott, divestment and sanctions campaign as long as the United States did not participate in it. And the primary reason the U.S. gave for not doing so was that the leading resistance organization fighting apartheid, Nelson Mandela’s African National Congress, was a “notorious” terrorist organization.

4. However, international anti-apartheid sentiment did help push Washington to finally cease its support of South Africa and then apartheid collapsed. Chomsky concludes: “When the godfather [that is, the U.S.] changes his policy, things change. … I think this could happen with Israel. If the United States changes policy and decides to join the world[‘s growing opposition to Israeli behavior], Israel will have no option but to go along.”

Chomsky’s analysis is a bit too reductionist for me. That is, he tends to bring everything down to positions taken by the U.S. government. But there is no denying that changing U.S. policy is one of two necessary international parts to any solution. And, he makes a seminal point when he tells us that the Israeli government has no intention of incorporating the mass of West Bank Palestinians (to say nothing of the Gazans) into the Jewish state.

Indeed, Israeli strategy necessitates allowing a fake “Palestinian state” in the form of West Bank Bantustans, and then deporting their Arab Israeli citizens into those enclaves. No Arabs in Israel, no civil rights struggle.

An interesting piece of news that speaks to this possibility appeared on Jan. 31. According to Associated Press reports, the Israeli Interior Ministry plans to deport thousands of Southern Sudanese refugees. Why so? Because, according to a ministry spokeswoman, “since the Southern Sudanese have an independent state, they will no longer be given protected status in Israel.”

As the American Palestinian activist Ali Abunimah notes, “Israeli leaders have already hinted that they could use the same type of logic to justify removal of Palestinian citizens of Israel if a nominally independent Palestinian state is established on scrapes of the West Bank and Gaza Strip.”

This is known as a policy of “transfer” in Zionist parlance and it has been discussed at least since the time of Theodor Herzl. In recent years it has been suggested by former Foreign Minister Tzipi Livni (now head of the Israeli opposition in the Knesset) and the present Foreign Minister Avigdor Lieberman as well as a slew of other Israeli politicians.

Abunimah’s conclusion is that a “two-state solution would be more likely to lead to further ethnic cleansing of Palestinians than to peace.”

So what do we have here? On the one hand, Noam Chomsky points to the very real possibility that the Israelis will not allow a one-state solution that creates the conditions for an internal struggle for civil and political equality. And, on the other hand, Ali Abunimah points to the very real possibility that any two-state solution will lead to forced deportation of Palestinians into Bantustans.

And, I think that Chomsky is right when he says the Israelis have no intention of allowing such a change in governance to come about through an internal civil rights struggle. Therefore, the pressure for the necessary transformation will have to come from outside.

It will have to come in the form a two-front movement: one front building the worldwide boycott, divestment and sanctions against Israel, and the second front concentrating on making support of Israel a national scandal in the U.S. and therefore a domestic voting issue.

While there are good organizations in the U.S. (such as the U.S. Campaign To End The Occupation and Jewish Voices for Peace) involved in building this second front, I think that the effort has not been given enough attention by Americans involved in supporting the Palestinian cause.

It is time this changed for, as Noam Chomsky suggests, it is unlikely that there will be a just solution to the Israeli-Palestinian struggle unless Israeli treatment of the Palestinians becomes a strong enough cause to impact U.S. policy.

42 comments for “Should Israel/Palestine Merge?”