Israel does not really see Iran as an “existential threat,” at least not in the sense that Iran would fire a hypothetical nuclear bomb at Israel. Rather, Israel fears that an Iranian bomb would tilt the strategic balance, since Israel now holds a nuclear monopoly in the region, as William Blum explains.

As we all know only too well, the United States and Israel would hate to see Iran possessing nuclear weapons. Being “the only nuclear power in the Middle East” is a great card for Israel to have in its hand. But, in the real, non-propaganda world, is US/Israel actually fearful of an attack from a nuclear-armed Iran? In case you’ve forgotten …

In 2007, in a closed discussion, Israeli Foreign Minister Tzipi Livni said that in her opinion “Iranian nuclear weapons do not pose an existential threat to Israel.” She “also criticized the exaggerated use that [Israeli] Prime Minister Ehud Olmert is making of the issue of the Iranian bomb, claiming that he is attempting to rally the public around him by playing on its most basic fears.” [Haaretz.com (Israel), Oct. 25, 2007; print edition Oct. 26] 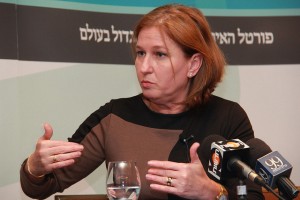 2009: “A senior Israeli official in Washington” asserted that “Iran would be unlikely to use its missiles in an attack [against Israel] because of the certainty of retaliation.” [Washington Post, March 5, 2009]

A week later we could read in the New York Times (Jan. 15) that “three leading Israeli security experts, the Mossad chief, Tamir Pardo, a former Mossad chief, Efraim Halevy, and a former military chief of staff, Dan Halutz, all recently declared that a nuclear Iran would not pose an existential threat to Israel.”

Then, a few days afterward, Israeli Defense Minister Ehud Barak, in an interview with Israeli Army Radio (Jan. 18), had this exchange:

Question: Is it Israel’s judgment that Iran has not yet decided to turn its nuclear potential into weapons of mass destruction?

Barak: People ask whether Iran is determined to break out from the control [inspection] regime right now … in an attempt to obtain nuclear weapons or an operable installation as quickly as possible. Apparently that is not the case.

Lastly, we have the U.S. Director of National Intelligence, James Clapper, in a report to Congress: “We do not know, however, if Iran will eventually decide to build nuclear weapons. … There are “certain things [the Iranians] have not done” that would be necessary to build a warhead. [The Guardian (London), Jan. 31, 2012]

Admissions like the above, and there are others, are never put into headlines by the American mass media; indeed, only very lightly reported at all; and sometimes distorted, On the Public Broadcasting System (PBS News Hour, Jan. 9), the non-commercial network much beloved by American liberals, the Panetta quote above was reported as: “But we know that they’re trying to develop a nuclear capability, and that’s what concerns us.”

Flagrantly omitted were the preceding words: “Are they trying to develop a nuclear weapon? No …” [“PBS’s Dishonest Iran Edit”, FAIR (Fairness and Accuracy in Reporting), Jan. 10, 2012]

One of Israel’s leading military historians, Martin van Creveld, was interviewed by Playboy magazine in June 2007:

Playboy: Can the World live with a nuclear Iran?

Van Creveld: The U.S. has lived with a nuclear Soviet Union and a nuclear China, so why not a nuclear Iran? I’ve researched how the U.S. opposed nuclear proliferation in the past, and each time a country was about to proliferate, the U.S. expressed its opposition in terms of why this other country was very dangerous and didn’t deserve to have nuclear weapons.

“Americans believe they’re the only people who deserve to have nuclear weapons, because they are good and democratic and they like Mother and apple pie and the flag. But Americans are the only ones who have used them. …

“We are in no danger at all of having an Iranian nuclear weapon dropped on us. We cannot say so too openly, however, because we have a history of using any threat in order to get weapons … thanks to the Iranian threat, we are getting weapons from the U.S. and Germany.”

And throughout these years, regularly, Israeli and American officials have been assuring us that Iran is World Nuclear Threat Number One, that we can’t relax our guard against them, that there should be no limit to the ultra-tough sanctions we impose upon the Iranian people and their government.

Repeated murder and attempted murder of Iranian nuclear scientists, sabotage of Iranian nuclear equipment with computer viruses, the sale of faulty parts and raw materials, unexplained plane crashes, explosions at Iranian facilities … Who can be behind this but US/Israel? How do we know? It’s called “plain common sense.” Or do you think it was Costa Rica? Or perhaps South Africa? Or maybe Thailand?

Defense Secretary Panetta recently commented on one of the assassinations of an Iranian scientist. He put it succinctly: “That’s not what the United States does.” [Reuters, Jan. 12, 2012]

Does anyone know Leon Panetta’s e-mail address? I’d like to send him my list of United States assassination plots. More than 50 foreign leaders were targeted over the years, many successfully. [See http://killinghope.org/bblum6/assass.htm ]

Not long ago, Iraq and Iran were regarded by US/Israel as the most significant threats to Israeli Middle-East hegemony. Thus was born the myth of Iraqi Weapons of Mass Destruction, and the United States proceeded to turn Iraq into a basket case.

That left Iran, and thus was born the myth of the Iranian Nuclear Threat. As it began to sink in that Iran was not really that much of a nuclear threat, or that this “threat” was becoming too difficult to sell to the rest of the world, US/Israel decided that, at a minimum, it wanted regime change. The next step may be to block Iran’s lifeline, oil sales using the Strait of Hormuz.

Ergo, the recent US and EU naval buildup near the Persian Gulf, an act of war trying to goad Iran into firing the first shot. If Iran tries to counter this blockade, it could be the signal for another US Basket Case, the fourth in a decade, with the devastated people of Libya and Afghanistan, along with Iraq, currently enjoying America’s unique gift of freedom and democracy.

On Jan. 11, the Washington Post reported: “In addition to influencing Iranian leaders directly, [a US intelligence official] says another option here is that [sanctions] will create hate and discontent at the street level so that the Iranian leaders realize that they need to change their ways.”

How utterly charming, these tactics and goals for the 21st Century by the leader of “The Free World”. (Is that expression still used?)

The neo-conservative thinking (and Barack Obama can be regarded as often being a fellow traveler of such) is even more charming than that. Listen to Danielle Pletka, vice president for foreign and defense policy studies at America’s most prominent neo-con think tank, American Enterprise Institute:

What are we to make of that and all the other quotations above? I think it gets back to my opening statement: Being “the only nuclear power in the Middle East” is a great card for Israel to have in its hand. Is US/Israel willing to go to war to hold on to that card?

William Blum is the author of Killing Hope: US Military and CIA Interventions Since World War 2; Rogue State: A Guide to the World’s Only Superpower; West-Bloc Dissident: A Cold War Memoir; Freeing the World to Death: Essays on the American Empire. Portions of the books can be read, and signed copies purchased, at www.killinghope.org. This article was originally published in Blum’s Anti-Empire Report.

← In Iran Dispute, Who’s at Fault?
Return of Cheney’s One Percent Doctrine →

15 comments for “What Israel Really Fears about Iran”