American neocons have long criticized Arab countries for lacking democracy, but now are complaining that some of the new Arab democracies are electing parties with Islamic affiliations. Former CIA analyst Paul R. Pillar finds some of that alarm unnecessary.

As Arab countries and especially Egypt continue to struggle their way into a new and hopefully more democratic political order, a persistent theme in commentary in the United States about this story has been suspicion of any political actor identified with political Islam.

Some such actors warrant such suspicion. There is, for example, Abdel Hakim Belhadj, head of the Tripoli military council in Libya. Belhadj is also a founding member of the Libyan Islamic Fighting Group, which the United States still officially lists as a Foreign Terrorist Organization. 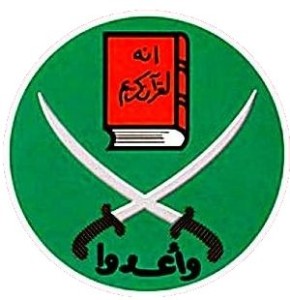 Belhadj stresses his focus on overthrowing Muammar Qaddafi’s regime, but his career as an international jihadist has involved violent activities elsewhere, especially South Asia. Someone like Belhadj deserves suspicion, not because he is Islamist but because of his history.

Now consider the history of the political Islamist actor that probably is receiving more attention than any other these days: the Egyptian Muslim Brotherhood. That history is one of decades of remarkable forbearance and endurance in the face of different degrees of repression by different Egyptian regimes.

The Brotherhood has a long record of commitment to nonviolence, a record that has made it the target of vehement denunciation by the likes of al-Qaeda. What is there about the Brotherhood, beyond its Islamist coloration, that should make it any more the object of suspicion than other parties, movements and groups vying for influence in a new Egypt? How else should it have behaved to make us less suspicious?

Ask also why parties such as the Brotherhood (or more properly, the Freedom and Justice Party, which is the Brotherhood’s political arm) that have an Islamic identity should be viewed differently from parties with some other religious identity. Christian democratic parties have been an accepted part of the political mainstream in many European countries. How are Christian democratic parties different from Muslim democratic ones?

It is easy to think of religiously identified political parties that have caused problems, for stability, for sound policy and for democracy itself, but they are not just Islamist ones. In important respects, the Hindu nationalist Bharatiya Janata Party in India, for example, has not been good news for peaceful communal relations in that country, just as some religiously identified Jewish parties in Israel have not been good news for any hope of resolving the Israeli-Palestinian conflict.

David Pollock of the Washington Institute for Near East Policy had an opinion piece in the Washington Post on Friday that exemplifies the automatic suspicion that gets directed at a group such as Egypt’s Muslim Brotherhood, which is the subject of his article.

Pollock wants to warn us about falling for what he describes as “new signs of moderation” by the Brotherhood, which is a misleading formulation by Pollock given that what is new is not the direction of the Brotherhood but instead the political environment in which it is now operating.

The main substance of the piece involves comparing what the Brotherhood says on Arabic and English language versions of its websites. Some subjects that get significant attention on one version do not on the other. There are not inconsistencies, just differences in attention and emphasis.

Pollock concedes that “some might note that all political parties, to at least an extent, engage in mixed messaging.” Well, that’s for sure. In fact, the Brotherhood’s mixed messaging that he describes seems pretty mild compared to, say, Republican candidates’ English and Spanish language advertising in Florida.

Pollock takes other whacks at the Brotherhood for things that really reflect larger political realities in present-day Egypt. He mentions the organization’s position on the issue of “supraconstitutional” guarantees of individual freedoms, which is really part of the overall balance that all Egyptian political players need to struggle with in trying to combine the liberal and democratic parts of liberal democracy. In fact, the Brotherhood’s position could be said to be the most uncompromising prodemocracy position.

Pollock also portrays an escalating set of Brotherhood ambitions about what offices it hopes to occupy as if this were some kind of hidden plan, whereas it is best described as a logical response to the organization’s popularity and conformity with the beliefs of other Egyptians.

That conformity is what is involved in Pollock’s inaccurate reference to “the Brotherhood’s hostility toward U.S. policies and interests.” He cites as support for that phrase a section in the Freedom and Justice Party’s platform that rejects the Mubarak regime’s approach of “supporting occupiers and colonizers, through its presence in the so-called axis of moderation, which is sponsored by the United States.”

This doesn’t reflect any peculiar position on the part of the Brotherhood. It reflects views held by most of the Egyptian people, who still give the United States favorable ratings of only about 20 percent. The problem is not that an Egyptian party reflects those views; the problem is with the occupiers and colonizers, and with the groundless idea that support for occupation and colonization could be the basis for some kind of moderate axis in the Middle East.

Arguments such as Pollock’s partly reflect attitudes of the Israeli government, which (contrary to Israel’s own long-term interests) fears Arab democracy, especially in Egypt, more than it welcomes it. More democracy means more outspoken opposition to Israeli policies, more attention to the absence of popular sovereignty for Palestinians and less claim by Israel to getting extraordinary treatment by the United States because it is the “only democracy” in the region.

Beyond this influence, it is hard to imagine such arguments based on anything other than Islamophobia. As a test of that proposition, consider what the arguments would sound like if the organization in question (i.e., the Brotherhood) were associated with any religion other than Islam.

These attitudes and arguments matter as an encouragement to possible U.S. policies that would be damaging to U.S. interests. Ostracism or rejection of movements that have remained peaceful, have played by democratic rules when they have had the opportunity to play by them and have garnered substantial popular support would be a mistake, especially insofar as the rejection was for no other reason than the Islamist coloration of the groups.

It would be a mistake partly because it would be antidemocratic. It would be an encouragement to abandon democratic methods. It would hinder important U.S. relationships with important countries such as Egypt. And it would put the United States on the wrong side of what is going on in the Middle East.