More and more, the Republican Party is becoming a Christian fundamentalist movement with attacks on “secularism” and demands for school-run prayers for students, but many of these same politicos express shock when people in the Middle East turn to Islamic-oriented parties, Lawrence Davidson notes.

There have now been two democratic elections in the Middle East as a consequence of the Arab Spring. One was in Tunisia in October 2011, and the recent staggered elections of December 2011-January 2012 for a lower house of parliament in Egypt.

In both cases Islamist parties did the best. In Tunisia, it was the Islamist al-Nahda (Renaissance) party that got 41 percent of the votes. In Egypt,it was Hizb al-hurriya wa al-adala (Freedom and Justice Party), affiliated with country’s Muslim Brotherhood, that got 47 percent of the votes, while the hard-line Salafi group, the al-Nour (the Light) party got 29 percent. 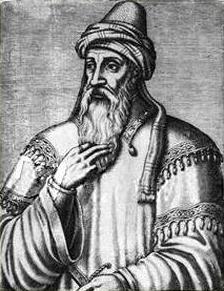 Saladin, the Islamic commander who battled the Christian Crusaders

Actually, the biggest surprise was the good showing of the liberals in Tunisia, and not the fact that relatively fair elections put the Islamists in positions of power. No one should be surprised at this result. Why? It has to do with history. While what I describe below is simplified for the sake of brevity, it gives a basically accurate picture of how the past has given us the present we now witness.

The Middle East has been the home of an evolving Islamic civilization since the Seventh Century. Civilization means more than just religion and religious practice it means values, outlooks, mannerisms, habits of thought and behavior.

The dynamic nature of this way of life was such that up to, roughly, the 16th Century every outside invader that pushed its way into the Middle East ended up being “Islamized.” That is, whether they were Turks, Mongols, Crusaders, etc. most ended up adopting an Islamic way of life. But this changed sometime in the late 1500s.

It was about then that the military and economic balance of power between the Islamic world and Christian Europe shifted. From that point on, European power allowed incursions into the Middle East by Western invaders who saw Islam and its civilization as inferior. These invaders proved not to be susceptible to “Islamization.”

In fact, it was at this point that Western ways began to draw at least a certain class of Middle Easterners away from their traditional lifestyle. Those who became Westernized were largely the people who politically, economically, militarily and educationally interacted with the increasingly powerful Europeans.

Many of them became secular in their outlook and some developed principled positions supporting liberal, open societies. Some sought to meld Western technology and educational techniques with Islamic tradition. Others, however, obtained leadership positions in which they behaved (and still behave) in corrupt and dictatorial ways.

It is a mistake to think that this process penetrated deeply within Middle Eastern society. One way to think of the result is in terms of a volcanic landscape.

Here you have a thin crust of surface material beneath which is a deep pool of magna under building pressure. When the pressure gets high enough the magna breaks through. The thin crust represents Westernized elites, the magna is the great mass of Middle Easterners who have always identified with Islamic civilization and increasingly resent the penetration of Western culture into their lands. Historically, the resulting occasional volcanic eruptions, if you will, have occurred in the form of revolution a modern example of which is Iran in 1979.

Of course, Tunisia and Egypt had their own brief revolutions which led to democratic elections. You can think of these elections as controlled breakthroughs of the Islamic magna. Given the state of society in the Middle East, the results were predictable.

On Jan. 22, Juan Cole wrote a revealing piece on his blog Informed Comment. It was entitled “South Carolina & Gingrich, Egypt & the Muslim Brotherhood.” What Cole notes is that you can get a large number of religious fundamentalists swaying the primary election in South Carolina and the media hardly considers it an event to be looked into.

But let religious fundamentalists do well in elections in the Middle East and it automatically generates stereotyping and shallow, inaccurate analyses. Thus, Cole notes:

2. What if Egyptians voted for religious parties for reasons other than just religion? Given the shallowness of U.S. media coverage how would we ever know? Yet, polls in Egypt indicate that many Egyptian voters chose the Freedom and Justice Party because the Muslim Brotherhood has a reputation for honesty and a commitment to social justice.

3. And finally, “almost no Egyptians think that the revolution against [the military dictatorship of Hosni] Mubarak was made to establish a religious state.”

None of this makes much difference to U.S. politicians who usually know little or no relevant history and are therefore oblivious to reality in the Middle East. They are, however, deeply committed to ideologically driven stereotypes and conventions. And there are plenty of special interests out there pushing an Islamophobic message.

How can one ever create reasonable and workable foreign policy under these conditions? The answer is, you can’t. You end up thrashing around this way and that, running scared and talking yourself into war-like scenarios. This is utterly crazy and utterly typical.

Let’s end with a quote from a religious leader who does have a penetrating sense of history, the current Dalai Lama: “Where ignorance is our master there is no possibility of real peace.” Alas, that is reality!