American history can be described as an endless tension between the nation’s ideals and its practices, with hypocrisy often winning out over principle — and those contradictions are most obvious when the nation celebrates its liberties while betraying them, both today and in the past, William Loren Katz notes.

When the National Defense Authorization Act cleared Congress on Dec. 15, 2011, some critics noted the irony of the date, the 220th anniversary of the ratified Bill of Rights.

Instead of celebrating those old promises of “speedy” trials and no “cruel and unusual punishments,” Congress sent a bill to President Barack Obama with language authorizing him and his successors to order indefinite detentions under draconian conditions. (Obama signed the NDAA into law on Dec. 31, though expressing “serious reservations” about those provisions.) 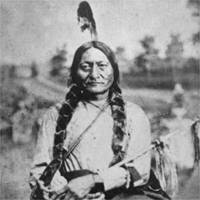 But it was not the first time that the United States has desecrated the anniversary of a founding document. A similar defiling of American principles occurred in 1876, during the centennial year celebrating the signing of the Declaration of Independence with its lofty commitment to “self-evident” truths, that “all men are created equal endowed by their Creator with certain unalienable rights, that among these are Life, Liberty and the Pursuit of Happiness.”

In that celebratory year of 1876, powerful figures of the U.S. government sided with an unholy alliance of northern railroad builders and land speculators, unrepentant former southern slaveholders and assorted white supremacists, and their obedient lobbyists and media.

What followed was a severe and simultaneous assault on the basic rights of Native Americans and African-Americans, sending the country careening in a new direction.

This fateful change began in late June 1876 as Americans prepared a massive coast-to-coast July Fourth celebration. But as the bunting went up, as bands rehearsed and as corks began to pop, shocking news arrived from the Little Big Horn, a remote area in what is today southeastern Montana.

A force of about 2,000 Lakota and Cheyenne commanded by Sitting Bull, Crazy Horse and Rain In the Face had surrounded Lt. Col. George Armstrong Custer and a contingent of 226 men in his Seventh Cavalry. In a battle that became known as Custer’s Last Stand, not one Bluecoat survived.

Though the U.S. reaction to Custer’s annihilation was one of righteous fury, the truth was that the dashing, brilliant and somewhat arrogant officer was not ambushed while on some peaceful mission. Instead, he was seeking to open the Black Hills of South Dakota to gold prospecting by whites. Custer also was set on teaching the Indians a lesson and making a media splash during the summer’s Presidential nominating conventions.

If facts and reason had ruled, the reaction of U.S. government officials would have been anger toward Custer. On his own, he chose to ignore the U.S. Treaty of 1868 stating that “no white person or persons shall be permitted” to “enter” the Black Hills.

Custer knew the Lakota loudly proclaimed this was their sacred ground. He was aware that President Ulysses S. Grant publicly pledged, “it is secured to the Indians.” Yet, Custer chose to ignore Sitting Bull’s flat warning, “If the whites try …  I will fight.”

The dashing officer whom Native Americans called “Long Hair” relied on what he called “Custer luck.” And his “luck” may have survived the battle even though he didn’t. Instead of censure for his flouting of treaties and other government promises not to mention his exceptionally poor military judgment U.S. political leaders embraced Long Hair as a martyr to Indian savagery.

U.S. government officials rose not to castigate Custer but to demand revenge for this defeat of national power. Politicians cagily added, for the benefit of land-hungry easterners, it was time for Indians to surrender their lands. In the centennial Fourth of July celebrations, public grief mixed with greed, anger and glorification, and behind closed doors, leading politicians and generals planned to complete the grim work Custer had begun.

By mid-July, War Department orders nullifying the Treaty of 1868 sent General William Sherman riding off with a mandate to treat Lakota reservation families as belligerents or prisoners of war. By mid-August, U.S. officials demanded the Lakota surrender their Black Hills and Powder River lands. U.S. troops began a march that would not stop until the Wounded Knee massacre in December 1890.

Sitting Bull seemed to sense the inevitable outcome in 1877 when he spoke to fellow commanders at the Powder River Council. He began by recalling the earliest white invaders as “small and feeble when our forefathers first met them, but now great and overbearing.”

Then he began to speak of the whites’ character, explaining: “Strangely enough, they have a mind to till the soil, and the love of possession is a disease in them. These people have made many rules that the rich may break, but the poor may not. They have a religion in which the poor worship, but the rich will not!

“They even take tithes from the poor and weak to support the rich and those who rule. They claim this mother of ours, the Earth, for their own use, and fence their neighbors away from her, and deface her with their buildings and their refuse.”

Sitting Bull reached a despairing conclusion: “We cannot dwell side by side. Only seven years ago we made a treaty by which we were assured that the buffalo country should be left to us forever. Now they threaten to take that from us also. My brothers, shall we submit? Or shall we say to them: ‘First kill me, before you can take possession of my fatherland!'”

With some minor alterations Sitting Bull’s words could have been addressed to African-Americans of that era. In the southern states, African-Americans faced a powerful planter class committed to white supremacy and to regaining control of those they had recently enslaved.

Determined to cast off northern Reconstruction which had deployed federal troops to protect the rights of African-Americans, the plantation owners saw their chance in November 1876 when a disputed presidential election left the country in turmoil. A special federal commission equally divided between Democrats and Republicans reached a “bargain” that forever changed racial relations.

The commission awarded the White House to Republican candidate Rutherford Hayes who, in turn, promised to recall the last federal troops from the South. In that simple decision, the party of Lincoln which had emancipated the slaves and enacted three new constitutional amendments guaranteeing the rights of African-Americans handed the welfare of the former slaves back to their former masters.

Southern legislatures swiftly moved to install new rules of white supremacy that effectively nullified emancipation, made a mockery of the new amendments, and locked free women and men into a new form of slavery. For generation after generation and through two world wars a regional one-party white dictatorship governed the states of the old Confederacy. Black families were reduced to landless peasants.

U.S. presidents after 1876 made no significant effort to ensure that the constitutional rights of people of color were enforced in the southern states (until the civil rights movement of the 1950s and 1960s).

Native Americans suffered a similar fate. The U.S. Supreme Court declared Indians “wards of the state” who must bow to rule by the U.S. cavalry and accept a culture imposed from outside. President Chester Arthur’s Secretary of the Interior indicated what was on the way when he announced that his plan for Native Americans would outlaw customs deemed “contrary to civilization” and ban traditional ceremonies, dances and songs.

In 1887, Congress mounted a multi-pronged attack on Indigenous life through Sen. Henry Dawes’s General Allotment Act. First, the law mandated the largest American property transfer in history. In less than half a century, Indigenous Americans lost two-thirds of what they still owned 90 million acres of land. Many became landless peasants in the home of their ancestors. Though some plots passed to eager white homesteaders, the largest gainers were railroad builders and unscrupulous speculators.

Sen. Dawes claimed to be speaking for a superior, wiser and triumphant Christian nation when he explained that his aim was to civilize and reform the “savages.” Indians had to “learn selfishness” and this meant “cultivate the ground, live in houses, ride in Studebaker wagons, send children to school, drink whiskey, and own property.”

In the name of a grand march toward white, Christian ideals and the sanctity of private property, the Dawes Act declared its goal of assimilation and education by requiring the end of Native American identity, religion and society.

The Act authorized placement of Native children in schools run by Protestant missionaries. In those schools, brother was separated from brother, sister from sister, and children were kept from those who spoke their language. Contacts that reinforced their parents’ heritage were banned. Severe punishment awaited anyone speaking a Native American language. Far from home and family, children were taught to embrace the values of Christianity and private ownership.

Lest pupils slip back to “Indian ways” with their parents during summers, they were apprenticed to Christian families in order to practice hard work, discipline and “American values.” In Indian schools or white homes, children often suffered abuse that was largely unreported and rarely corrected.

“The Indians must conform to ‘the white man’s ways’ peaceably if they will, forcibly if they must. They must adjust themselves to their environment and confirm their mode of living substantially to our civilization. … They cannot escape it, and must either conform to it or be crushed by it.”

As the Bureau of Indian Affairs moved to control Native American life in the West, southern planters pursued a similar path regarding African-Americans. The tools were legally imposed segregation and discrimination laws passed by state legislatures.

These laws were buttressed by a new form of slavery known as the “convict lease system” in which courts sentenced thousands of innocent men to labor for southern planters, mine companies, railroads and local governments. In addition, there was the extra-legal terror of lynching.

Southern legislatures quickly moved to deny African-Americans the right to vote, hold office, bring suit or testify against whites in court, serve on juries, or exercise other human rights. Independent farmers lost their land, communities lost schools, and the skilled and professional people of color were restricted to their own communities. Families and the young began to lose hope.

Then in 1896 in the Plessey case, the Supreme Court voted 8-1 to make segregation the “law of the land.”

In 1903, Justice Edward White, forever proud he rode with the Ku Klux Klan, wrote the majority opinion in the Lone Wolf (Kiowa) case. Indian treaties could be broken by Congress, he proclaimed, “if consistent with perfectly good policy toward the Indians.” Seven years later, White was elevated to Chief Justice where he lived out his life deciding what was legal and constitutional. He died in 1921.

Beginning in that fateful year of 1876, African-Americans and Native Americans learned again that the words of the Declaration of Independence and the Constitution did not apply to them.

One of the gifts I received as an historian was an attractively encased red, white and blue Centennial banner. In it, 1776 appears on the top left with 1876 on the top right, and a large “United We Stand” is the center. What irony!

5 comments for “How Not to Celebrate Liberty”