Newt Gingrich may call the Palestinians an “invented people,” but how Israel addresses the demographics they represent and the surging numbers of ultra-Orthodox Jews, too  will likely define the future nature of Israeli society, former senior CIA official Paul R. Pillar writes.

Demographic trends that argue against indefinite continuation of the Israeli-Palestinian impasse are fairly well known. There are about 5.8 million Jewish Israelis. Arabs in Israel number 1.4 million, which when added to the 4.1 Arabs in the West Bank, East Jerusalem and Gaza give a total of 5.5 million Arabs.

The gap between numbers of Jews and Arabs is shrinking because of a higher Arab birth rate. The gap is further shrinking because in recent years immigration to Israel has slowed while emigration has accelerated. In as little as three or four years from now, Arabs will likely outnumber Jews in mandatory Palestine as a whole,i.e., in all of the land between the Mediterranean Sea and the Jordan River. 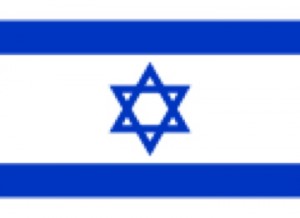 The Arab majority will thereafter continue to increase. These demographic realities constitute the main reason Israel will be unable to be democratic, controlled by Jews, and embracing all of Palestine. It can be any two of those things, but not all three.

Less well known are some demographic trends within different segments of Israel’s Jewish population. A recent report compiled by Israel’s Central Bureau of Statistics makes some projections looking out nearly 50 years, to 2059. The report separates out for the first time in any such official public reckoning the growth of the ultra-Orthodox population, which has a significantly higher birth rate than other Israeli Jews.

About 60 percent of ultra-Orthodox men do not work for a living. They spend their time in religious study at yeshivas while they and their fast-growing families subsist on government stipends. This already constitutes a major burden on the remainder of Israelis and is a contributor to the economic discomfort that stimulated widespread demonstrations earlier this year.

If the projected increase in the ultra-Orthodox proportion of the population involves a proportionate increase in those not contributing to the economy, it is hard to see how the even larger burden on everyone else could be sustained.

The ultra-Orthodox also are not subject to the same military service requirements as other Israeli Jews, constituting another area where the burden is all the greater on the others. Then there is the effect on social mores and freedoms. The growing influence of the ultra-Orthodox has already raised issues regarding the status and liberties of Israeli women. A further expansion of that influence will make Israel an ever more illiberal place.

Clearly these trends present Israel with a very serious challenge to its vitality and even to its survival as a society recognizable and acceptable to most of its current citizens. A major question is whether the privileges and influence of the Haredim can be curbed before they become so large a proportion of the population that curbing is no longer politically thinkable.

There has been some official recognition of the danger, as reflected in efforts to get more of the ultra-Orthodox into the work force, including the performance by some of auxiliary duties in support of the military. But privileges that go so far and are so firmly entrenched will naturally be stoutly defended.

When an ultra-Orthodox rabbi suggested last year that full-time, government-financed religious study should be reserved only for exceptionally promising scholars who are groomed to be rabbis or religious judges and that other ultra-Orthodox men should “go out and earn a living,” he was so vehemently denounced by his own political party, the ultra-Orthodox Shas, that he had to be assigned a bodyguard.

Another factor is the effort, described by Benny Morris, by the broader political Right in Israel to solidify and institutionalize its power at the expense of the Left. Given the normal alignments in Israeli politics, this development will make even more difficult any curbing of the influence of the ultra-Orthodox.

Israel has achieved a commanding position in confronting any perceived dangers from outside its borders, including overwhelming conventional military superiority over its neighbors and an arsenal of nuclear weapons that is vastly greater than any other state in the region could dream of acquiring. Its greatest dangers come from within.

Paul R. Pillar, a 28-year veteran of the CIA, is now a visiting professor at Georgetown University. (This article first appeared as a blog post at The National Interest’s Web site.)