From Editor Robert Parry: The other day, I was on a West Coast radio show and a caller accused me of “trying to rewrite history” a charge to which I must plead guilty.

For the past 16 years, a core purpose of Consortiumnews.com has been to “rewrite” history when we dig up new evidence that shows that the old version was wrong or incomplete. In doing so, we don’t care that the Widely Believed Story has many Esteemed Defenders. We simply present the facts in context. 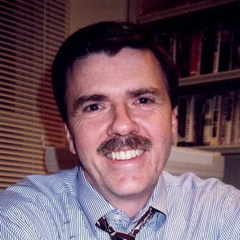 For instance, the caller to the radio show was protesting my article about Richard Nixon sabotaging the Vietnam peace talks right before the 1968 election. The caller didn’t want to believe that a Republican politician would do such a thing to win an election.

And the caller is not alone in wanting to avoid painful truths. We have seen many cases when major news organizations, such as The New York Times and The Washington Post, resist new information when it shows that they bungled or missed the original story. It’s easier for them to ignore the latest evidence than to admit they misled the American people.

So, that is where we step in, “to rewrite the history.” It’s where you come in, too.

Without your support since we started Consortiumnews.com in late November 1995, large swaths of recent American history would have been left in its old misleading form, from Nixon’s “treason” in 1968, to Ronald Reagan’s treachery with Iran in 1980, to the CIA’s cover-up of cocaine smuggling by Nicaraguan Contra rebels, to many more recent events.

We have “rewritten” this important history as well as providing groundbreaking coverage of current events while operating on a shoestring budget, only about $10,000 a month. So, please donate what you can to our end-of-year fundraiser. We have set a modest goal of $45,000  and we make every dollar count. (We are a 501-c-3 non-profit, so your donation may be tax-deductible.)

Plus, we offer premium gifts. For donations of $100 or more, you can get The Killing Game, a selection of investigative news stories by the late Gary Webb, with an afterword from me describing Webb’s persecution at the hands of the major U.S. news media for his courageous work reviving the Contra cocaine scandal and forcing key admissions from the CIA.

For donations of $75 or more, you can get as a premium gift an autographed copy of any one of my last three books: Lost History, Secrecy & Privilege or Neck Deep.

For donations of $60 or more, you can get a DVD of the 1991 PBS “Frontline” documentary “The Election Held Hostage,” which I co-wrote. It explores Republican skullduggery with Iran prior to the pivotal 1980 election.

Once you make your donation — and if you want one of the premium gifts — simply e-mail us your selection at consortnew@aol.com.

First option: You can make a donation by credit card at the Web site or by check to Consortium for Independent Journalism (CIJ); 2200 Wilson Blvd.; Suite 102-231; Arlington VA 22201. Or you can use PayPal (our account is named after our e-mail address “consortnew@aol.com”).

Second: If you’d rather spread out your support in smaller amounts, you can sign up for a monthly donation. With contributions of $10 or more a month, you can qualify for war correspondent Don North’s DVD, “Yesterday’s Enemies” about the lives of former Salvadoran guerrillas. For details, click here. (If you sign up for a monthly donation and want to get Don’s DVD, remember to contact us at consortnew@aol.com.)

Third option: If you can’t afford a donation right now, you can also help us reach our fundraising goal by taking advantage of our deep discount for the three-book set of Robert Parry’s Lost History, Secrecy & Privilege and Neck Deep (co-authored with Sam and Nat Parry). The sale price for the set is only $29, postage included. For details, click here.

Fourth: You can help us close out some warehouse space by buying full boxes of Secrecy & Privilege or Neck Deep for only $56. Each carton contains 28 paperbacks, or you can ask that we give you a mix of half and half, 14 of each. At $56 for a carton, each book only costs you $2. And for U.S. orders, we’ll pay for shipping, too.

You can give the books away as holiday gifts or resell them for your own fundraiser. For details about this bulk book order, click here.

As always, thanks for your support and thanks for making it possible for us to go on “rewriting” history.

3 comments for “Help Us Rewrite Recent US History”