As a Justice Department ethics adviser, Jesselyn Radack objected when U.S. citizen John Walker Lindh (dubbed the “American Taliban” after his capture in Afghanistan) was denied constitutional rights. For her integrity, Radack lost her job, but her courage earned her an award from former intelligence professionals.

On Nov. 21, admirers of the example set by former CIA analyst Sam Adams (who exposed the intentional undercounting of Viet Cong in the Vietnam War) bestowed the Sam Adams Associates for Integrity in Intelligence Award for 2011 to Jesselyn Radack:

Jesselyn Radack became embroiled in 2001 in the case of the so-called  “American Taliban” John Walker Lindh, one of the most prominent prisoners of the Afghan war. In our first glimpse of American-sponsored torture, a trophy photo circulated worldwide that showed Lindh naked, blindfolded, and bound to a board with duct tape. 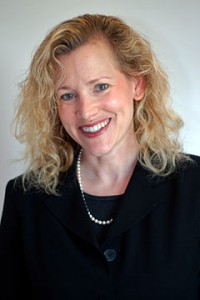 Against this backdrop, when the Justice Department sought Radack’s opinion about the ethical propriety of the FBI interrogating Lindh without his attorney, she advised that his counsel must be present. When her advice was disregarded and then purged from the office file in contravention of a federal court discovery order, she resigned and blew the whistle.

The “Justice” Department retaliated by making Jesselyn the target of a federal criminal “leak investigation,” by referring her to the state bars in which she is licensed as an attorney (based on a secret report to which she did not have access), and by putting her on the “No-Fly” List.

Not one to be intimidated, Radack began writing and speaking publicly about torture, “enemy combatants,” legal ethics and whistle blowing. In June 2005, she was elected to and served on the D.C. Bar Legal Ethics Committee, despite still being “under investigation” by the disciplinary arm of the bar.

The Justice Department decided not to refer the authors of the Bush administration’s infamous “torture memos” to the D.C. Bar for disciplining, yet the bar referral against Radack is still pending.

Three years ago, in a major stoke of luck for whistleblowers past, present, and future, Jesselyn became the Director of National Security & Human Rights at the Government Accountability Project, the country’s leading whistleblower organization, where she focuses on issues of torture and government secrecy and surveillance.

She is one of the lawyers who represented Tom Drake (a whistleblower at the National Security Agency and a co-recipient of the 2011 Sam Adams award) under circumstances that closely resembled her own.

I am guilty of committing the truth — urging decency, moderation, and playing by the rules. I had no way of knowing that my story was a snapshot of one of President Bush’s most controversial policies in their embryonic stages policies we are now seeing play out in full today.

I am the whistleblower in the case of “American Taliban” John Walker Lindh. This loaded sentence contains the ingredients of the perfect storm in the war on terrorism: government-sponsored torture, the Patriot Act, the treatment of “enemy combatants,” and brutal punishment of truth-tellers.

I was a legal adviser to the Justice Department on matters of ethics. On Dec. 7, 2001, I fielded a call from a Criminal Division attorney named John DePue. He wanted to know about the ethical propriety of interrogating “American Taliban” John Walker Lindh without a lawyer being present.

DePue told me unambiguously that Lindh’s father had retained counsel for his son. I advised him that Lindh should not be questioned without his lawyer. That was on a Friday. This was not radical advice. It was the law. Over the weekend, the FBI interviewed Lindh anyway, without counsel.

DePue called back on Monday asking what to do now. I advised that the interview might have to be sealed and used only for intelligence-gathering or national security purposes, not criminal prosecution. Again, my advice was ignored.

Three weeks later, on Jan. 15, 2002, then-Attorney General John Ashcroft announced that a criminal complaint was being filed against Lindh. “The subject here is entitled to choose his own lawyer,” Ashcroft said, “and to our knowledge, has not chosen a lawyer at this time.” I knew that wasn’t true.

At about the same time, I was given an untimely, unsigned, unprecedented and blistering performance evaluation, despite having received a performance award and a raise during the preceding year. I was told that the vitriolic review would be placed in my permanent personnel file unless I found another job.

I was shocked, but I didn’t put two and two together until a few weeks had passed. On March 7, I inadvertently learned that the judge presiding over the Lindh case had ordered that all Justice Department correspondence related to Lindh’s interrogation be submitted to the court. Such orders routinely go to everyone with a connection with the case in question, but I heard about it only because the Lindh prosecutor contacted me directly.

There was more. The prosecutor said he had only two of my e-mails. I knew I had written more than a dozen. When I went to check the hard copy file, the e-mails containing my assessment that the government had committed an ethical violation in Lindh’s interrogation were missing.

With the help of technical support, I resurrected the missing e-mails from my computer archives. I documented and included them in a memo to my boss and took home a copy for safekeeping in case they “disappeared” again. Then I resigned.

Months later, as the Justice Department continued to claim that it never believed at the time of his interrogation that Lindh had a lawyer, I disclosed the e-mails to Newsweek in accordance with the Whistleblower Protection Act.

As a result, I was forced out of my job, fired from my subsequent private sector job at the government’s behest, placed under criminal investigation without any charges ever being brought, referred for disciplinary action to the state bars where I’m licensed as a lawyer, and put on the “no-fly” list.

After years of professional exile and career rehabilitation, I decided to dedicate my life to representing whistleblowers. As horrible as my ordeal was, it taught me important lessons that I was able to bring to bear in helping another whistleblower who was facing something eerily similar to my case.

Like me, Tom Drake was the target of a federal criminal “leak” investigation. As much as the Bush administration treated me unmercifully, at least the “leak investigation” never led to an indictment. In Drake’s case it did. To make matters worse, he was charged under the Espionage Act, a World War I-era law meant to go after spies, not whistleblowers.

His case was also the beginning of a disturbing trend: the criminalization of whistleblowers. The Obama administration has brought more prosecutions against whistleblowers, all of whom are in the national security and intelligence communities, than all previous presidential administrations combined.

With the work of the Maryland Public Defender’s Office, the Government Accountability Project, and many people in this room, the Drake case collapsed in spectacular fashion, with the judge calling the government’s treatment of Drake “unconscionable,” and chastising the Justice Department for putting Tom Drake through “four years of hell.”

But the Obama administration has vowed to continue its war on whistleblowers and its policy of “looking forwards, not backwards” at the underlying criminal conduct these employees risked their careers to expose. Whistleblowers should never have to choose their conscience over their career, and especially their very freedom.

This award is especially meaningful coming from the intelligence community because fear-mongering about harming national security and intelligence gathering underpinned this malicious prosecution. We don’t need to jettison ethics, the Constitution or the rule of law to achieve national security.

I would argue that the best way to obtain meaningful intelligence and national security is to respect civil liberties, behave ethically, and follow the law. The notion that these ideals are in tension is a false dichotomy that has driven much of the war  on terrorism, which should not be a war on ethics, integrity, civil liberties, the Constitution and the rule of law.

The award is especially meaningful coming from the Sam Adams Associates for Integrity in Intelligence because the government characterized me as a “traitor” for what I did, and characterized Tom Drake as an “enemy of the state.” Nothing could be further from the truth. We were patriotic employees trying to help our government achieve its mission while upholding the highest ideals upon which our country is founded.

The war on whistleblowers is a toxic trend, and I hope our stories will help deprive it of oxygen. In responding to terrorism, we must not trample on the very freedoms for which we are fighting. Public servants should not have to choose between their conscience and their career,and especially their very freedom.

← What Country Do We Want to Keep?
Next Challenge for Occupy Wall Street →

3 comments for “Upholding Justice in the ‘War on Terror’”