A film about someone as controversial and mysterious as FBI Director J. Edgar Hoover forces the filmmakers to make judgments about key historical events, including some still cloaked in secrecy. But the movie J. Edgar ducks those tough choices in Hoover’s career, writes Lisa Pease.

The more you know about history, the less you will enjoy J. Edgar.

I understand the problems with dramatizing history. Characters often need to be combined, events invented to connect known episodes, dialog invented because who knows what was actually said in any given situation. I usually cut filmmakers slack in this area. It’s a film, not a documentary. 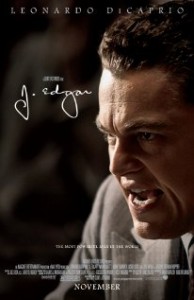 The problem starts with the lead character. Even fictionalized, FBI Director J. Edgar Hoover, who ran the powerful bureau from its founding in 1935 until his death in 1972, is simply not someone I could find any reason to care about. There’s nothing sympathetic or compelling about him, nothing to give me what the industry calls “rooting interest.”

And as mightily as this talented trio tried, screenwriter Dustin Lance Black, Hoover portrayer Leonardo DiCaprio and director Clint Eastwood could not come up with a way to make me care about Hoover.

The way the story is told is part of the problem. The story jumps back and forth in time, perhaps to disguise the fact that there is no story just a bunch of episodes from Hoover’s life tacked together. Some of the episodes are more compelling than others, but there is a lot of talk about events rather than events themselves, and that just doesn’t make for compelling viewing.

I felt the screenwriter (and perhaps director and actor) wanted to cherry pick certain events they thought would have shock value, starting with Hoover’s sexual orientation. If the filmmakers had contrasted that with Hoover’s own intolerance of gay people in the FBI, that would have been a start. But that hypocrisy is never even mentioned.

Then, there are the (seemingly obligatory these days) Kennedy slurs. The ostensible Robert Kennedy in this film is not even a shadow of the real man, and the situation depicted is beyond belief (Hoover ostensibly blackmailing the Kennedys over some sexual liaison of John’s).

There’s a good deal of evidence showing Hoover did try to find blackmail on the Kennedys for years. But there’s no evidence that he ever succeeded. If Hoover had been able to blackmail the Kennedys, the first thing he would have done would have been to disconnect the direct phone line from Robert Kennedy that he hated so much.

The one moment that could have been poignant, when Hoover called to tell Robert his brother had been killed in Dallas, fell flat. You have to care about Robert Kennedy, to know him as an empathetic and loving man, for his pain for that moment to have any impact. But the filmmakers had only given us only an unlikeable papier-mÃ¢chÃ© Robert Kennedy as a plot device, so when Hoover callously made the announcement, the moment had no emotional impact.

The screenwriter and director did go to great lengths to suggest, in many of the episodes, that there were alternative explanations. That’s the best part of the film pointing up some known falsifications and challenging the interpretation of other episodes. But that leaves the false impression that “both sides” have been given a hearing, when sometimes there’s a legitimate third option that is not discussed.

For example, the Lindberg baby kidnapping takes up a good portion of the story, with Hoover working to establish Bruno Hauptman’s guilt, while the screenwriter and director use Tolson as a device to say, what if Hauptmann didn’t act alone? But a large body of evidence suggests Hauptmann might even have been innocent of the crime, a scenario the filmmakers do not allow the audience to consider.

One gaping hole bothered me greatly. Hoover spent much of his career battling the CIA. He never wanted it formed in the first place. His network, which covered many parts of the globe prior to WWII, already had the procedures in place to handle global intelligence collection.

After opposing the CIA’s formation, Hoover remained at odds with the agency his entire life. His notes on files from the Kennedy assassination drip with ill will and sarcasm towards the CIA, based on their double dealings.

The rift grew so large that by 1970 Hoover had cut off all contact with the CIA and refused to share information with them at all. (Mark Riebling wrote a whole book on that split called Wedge: The Secret War Between the FBI and CIA.)

It’s hardly fair to criticize a film for what isn’t in it. But even what is in it proves less than compelling. I think it’s likely that Hoover and Tolson were indeed a gay couple. But the evidence for that is certainly not conclusive, and there is room for disagreement. To make their relationship the central story of the film seemed an odd choice, especially when that is, to me, the least interesting part of who Hoover was.

Had the filmmaker delved instead into accounts that Hoover was purportedly blackmailed by CIA Counterintelligence chief James Angleton via a photo that reportedly showed Hoover engaged in a sexual act with Tolson, that would have been far more interesting angle that could have gone a long way towards explaining some of the stranger moments of FBI history, such as why the FBI sat on the strong evidence of conspiracy they uncovered in both the JFK and RFK assassinations.

In the RFK case, an FBI photographer photographed four “bullet holes” too many in the pantry. Sirhan’s gun could have only held eight bullets at a maximum. Seven bullets were recovered from victims and at least one bullet disappeared into the ceiling space. Any additional “bullet holes” would have proved a second gun. In addition, FBI agent William Bailey, a seasoned veteran, inspected the holes in the pantry personally and stated in a sworn affidavit that those were, in fact, bullet holes.

The fact that FBI documents referred to the holes as “bullet holes” sparked a letter from LA County to the FBI in 1977, as the House Select Committee on Assassinations was gearing up, saying that had the FBI labeled these “probable” or “possible” bullet holes, the county could have ignored that, but if the FBI stood by its unequivocal labeling of these holes as “bullet holes,” the County should be looking for a second shooter. (No official response from the FBI to that particular letter has ever surfaced.)

If Hoover, the notorious blackmailer, was in turn being blackmailed, that would have made for far more interesting, and possibly far more accurate, history.

DiCaprio is a fine actor. He proved that to me in The Aviator. I know some people seem to think it’s the ultimate in acting if an actor can cry in a scene. Personally, however, I feel that can be self-indulgent. The emotion has to serve the story.

If I don’t like or care about Hoover in the early parts of the film, I’m not going to care if he cries later. I felt like those scenes were artificially contrived to garner DiCaprio an Oscar nomination. He’s an Oscar-worthy actor, to be sure. But I’ll be disappointed if he wins it for this mediocre film.

There is one undeniable, shining star in this film, however, that really does deserve an Oscar: the makeup artist. The amazing visual morphing of DiCaprio into older and younger versions of Hoover was truly remarkable and compelling. If this doesn’t win best makeup I will also be disappointed.

A special nod should also go to Armie Hammer for his nuanced portrayal of Clyde Tolson. I never did understand, however, what Tolson saw in Hoover. That seemed to be a gap in the writing.

I thought Dustin Lance Black’s screenplay for Milk was brilliant. But this script is just so-so. I’m a big fan Eastwood as director, but this was his most disjoined effort yet. I think this team tried to cover too much history they didn’t know well and ended up doing none of it justice.

5 comments for “The Lost History of ‘J. Edgar’”