After the 9/11 attacks, George W. Bush’s administration pulled off the shelf dozens of internal security provisions that the Right had long wanted to implement. They were passed as the Patriot Act and have become part of America’s police-state culture, writes Anthony Gregory.

Ten years ago, President George W. Bush signed the Patriot Act into law. It passed with the support of all but 66 members of the House of Representatives and one Senator. We were told at the time that it was an absolutely necessary law to give federal intelligence and law enforcement authorities the tools they needed to fight terror.

This sweeping legislation generally beefed up federal “anti-terrorist” police powers; dramatically skewed surveillance procedures in the direction of executive prerogative; weakened the already paper-thin protections against warrantless wiretapping erected under the 1978 FISA statute; and redefined financial institutions and the role government had in spying on their records.

It also nationalized library records; created severe federal penalties for non-violent, white-collar crimes of insufficient disclosure concerning money transfers; vastly pumped up border security; increased the jurisdiction of the Selective Service; and empowered the FBI and other federal officials to use “national security letters” to subpoena information from private actors without anything approaching probable cause and in conjunction with gag orders that prevent the recipients of such letters to tell their attorneys, families, or anyone else that they received them.

Further, it redefined “terrorism” to include crimes that previously were never considered to be terrorism; significantly eroded the Fourth Amendment; and did a number of other things to accelerate the central state’s powers and police activities in the name of fighting terrorism.

This was a key moment in the history of America as told in terms of the battle between liberty and power, power often winning in the name of security. Attorney General John Ashcroft said, in the midst of criticism of the Bush administration’s power grabs conducted in the guise of combating terrorism: 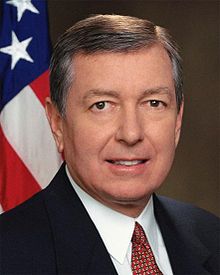 “To those who pit Americans against immigrants, citizens against non-citizens, to those who scare peace-loving people with phantoms of lost liberty, my message is this: Your tactics only aid terrorists for they erode our national unity and diminish our resolve. They give ammunition to America’s enemies and pause to America’s friends. They encourage people of good will to remain silent in the face of evil.”

Indeed, many defenders of the Patriot Act and all it symbolized stressed that the accusations of lost liberty were specious. Simultaneous to the argument that we needed to revolutionize federal anti-terror policy to deal with new threats came the paradoxical argument that government was not going to be doing anything it wasn’t essentially doing anyway.

For a couple years after it was passed, conservative champions of the Act often would ask rhetorically for one example of innocents being abused by the Act. This was always a silly argument, and I never understood why people repeated it with such certitude. The abuses began as soon as the Act was used. As James Bovard has written:

“The first person convicted under the PATRIOT Act was Mohamed Hussein, a 33-year-old Somali native who ran a money-forwarding service out of Boston. Though Hussein was convicted merely for not having a state license, federal prosecutors sought a harsh sentence. Federal Judge Robert Keeton was outraged: ‘You’re trying to ask me to sentence him as a terrorist. It shocks my conscience that I would even be asked to do that.’”

Most powers unleashed by the Patriot Act appear to have been directed at folks who have nothing to do with terrorism traditionally defined, as is true with those arrested under it, like the hundreds arrested on commercial flights for acts of drunkenness, sexual activity, or, in the case of one woman, spanking her children and then responding angrily to a flight attendant about the incident.

Then there is the teenager who was accused of making terrorist threats and, without any due process, was whisked away to custody, as though in a dystopian movie. And we must not forget about when PayPal was threatened with prosecution under the Patriot Act for enabling online gamblers.

Today the Patriot Act is hardly controversial. In an era of detentions without trial, assassinations of American citizens without due process, enhanced interrogation techniques, perpetual and expanding wars, unchecked executive surveillance, and federal officials groping and irradiating passengers by the many thousands every day, it even seems a bit quaint, perhaps, to reflect on the Patriot Act, many of whose worst provisions have now become sewn into the unquestioned tapestry of American governance.

Some of the scary parts of the Act would not even elicit the controversy today that they did ten years ago. The American political culture has simply moved in the last decade toward accepting police-state measures as completely normal in modern America.

Barack Obama had called it shoddy and a threat to freedom, but he has renewed it as president. It is part of the bipartisan consensus, like public schools, the war on drugs, or the Environmental Protection Agency.

This is a sad fact, since the Patriot Act was and is such a terrible law, one without any place whatsoever in even a semi-free society. Any program for restoring American liberty must include the repeal of this terrible legislation, and the effective repeal of the 21st Century, the U.S. political history of which has been practically nothing but an unbroken series of egregious and indefensible attacks on liberty in the name of safety.

The Act has now survived for ten years, ten years too long. One can only guess whether the Republic can survive another decade of the destructive war on freedom waged under the banner of anti-terrorism.

Anthony Gregory is research editor at The Independent Institute.

7 comments for “A Decade of Patriot Act Abuses”